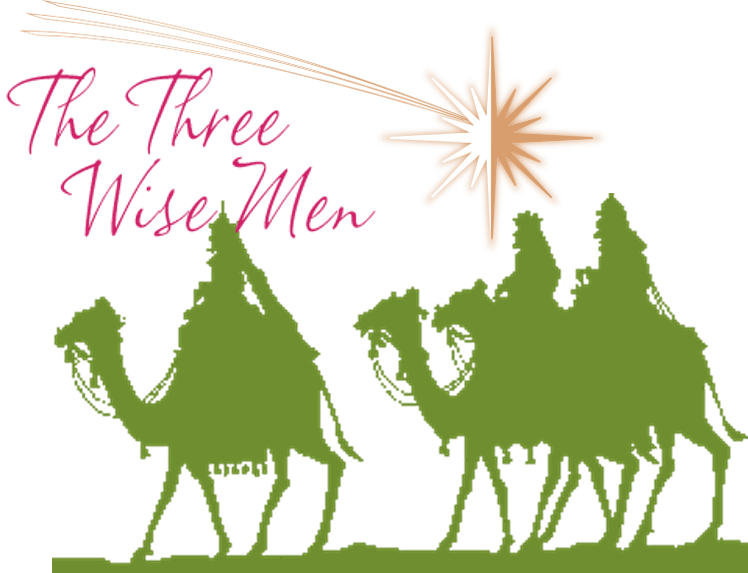 In yesterday’s article, I cited the editorial staff at The Week, which wrote, “Christians see gift giving as a symbolic homage to the Three Wise Men’s tributes to the baby Jesus. In the New Testament, the Magi are described as honoring the newborn Savior with valuable gifts of gold, frankincense, and myrrh.”[1] The staff at The Economist adds, “Of all the actors in the Nativity story, the three wise men are by far the most fun.”[2] The article goes on to note that given a choice between being shepherds, angels, innkeepers, and other various characters, children most often opt to be one of the Wise Men in school or church plays. They explain:

“To a scene that would otherwise verge on the gloomy — a hazardous birth, a stroppy landlord, a derelict stable, uncouth shepherds — they add glitter and mystery. Small wonder that most primary-school thespians, offered the choice between the saintly principals and the glamorous visitors, plump for the velvet robes, the gold-foil headgear and the tissue-boxes stuck with jewels.”

The biblical script is not clear about whether the Wise Men actually showed up on the night of Jesus’ birth or found him living as a small child in Egypt (after all, following their visit to Herod, the King had male children two-years-old and younger slaughtered). Regardless, The Economist staff notes that not having them show up for the Christmas nativity story wouldn’t be much fun. Staff members go on to note that even the poet Thomas Stearns Eliot (better known as T.S. Eliot) had them showing up that evening after a treacherous journey. He has one them saying:

“A cold coming we had of it,
Just the worst time of the year
For a journey, and such a long journey:
The ways deep and the weather sharp…
…the night fires going out, and the lack of shelters,
And the cities hostile and the towns unfriendly
And the villages dirty and charging high prices:
A hard time we had of it.”

From the sound of it, Eliot must have wondered why they weren’t robbed of their precious gifts along the way. When they did kneel beside the manger with their gifts, Eliot dresses them like we normally picture them in Christmas plays:

“Their robes were of crimson silk with rows
Of bells and pomegranates and furbelows,
Their turbans like blossoming almond-trees.”

Eliot described his religious views as being the combination of “a Catholic cast of mind, a Calvinist heritage, and a Puritanical temperament.”[3] He must have overcome his Puritanical temperament because, as I noted in yesterday’s article, the Puritans didn’t like celebrating Christmas. For centuries people have puzzled over the exact identification of the Wise Men. The Economist writes:

“Glum or extravagant, were these figures magi (specifically Persian scholars from the Zoroastrian tradition, tasked with keeping the holy fire of Ormuzd and skilled in astronomy, medicine, magic and astrology), or kings from Tarsus, Saba, Sheba and points east, as Psalm 72 had predicted? Matthew, the only Gospel source, used the Greek word magoi, which signified wise men in general, and had them announce that they had seen the star at its rising. This tilts the balance towards astronomers, which was what the early church imagined them to be.”

Despite the fact that the Wise Men may be favorite dress-up characters, The Economist staff notes, “The magi edition of the story did not, however, get much traction in the Middle Ages. Nor has it done on Christmas cards since.” The staff continues:

“In truth, the magi theory languished for simple reasons. Medieval folk knew what kings were; magi they were unsure of, except that they were pagan, followed the teachings of Balaam, and dealt in demons. It was not good to introduce devilry into the Christmas scene, even if the Christ-child could defeat it with one wave of his tiny hand. Magi were linked to Persia, of which well-read Europeans perhaps knew a bit; oriental kings opened up a much more fantastical geography, stretching mistily via several different Indias to the shores of the Great Ocean, where mapmakers scattered rivers and mountains more or less as they liked, with an occasional camel or dragon and sultans, wearing turbans, forlornly perched in tents. The farther east you went, in this continent where all exotic place-names blended together, the more venomous and strange the beasts got, the thicker the trees and the vaster the deserts. That men should venture from such places, at the end of the earth, to find the Christ-child, was much more interesting than a short hop from the Middle East.”

The Bible, of course, doesn’t provide names for these visitors from the East. But the article notes that names are required “for the sake of a good story. … So they were called Melchior, Balthazar and Gaspar (or Caspar), names that never really caught on, except in northern Europe in the high Middle Ages and in posher parts of west London in the late 20th century.” According to the article, the Wise Men were also the first Santa Claus figures. “In the Spanish-speaking world,” it states, “by long tradition, they are the Father Christmas figures, the bringers of unlimited money and sweets.” If you are not a person of faith, but nevertheless love the season, you might prefer looking at the tale of Wise Men as a lesson in supply chain management — with the Wise Men being the ancient equivalent of UPS, FedEx, or the USPS (i.e., the solution to the “last mile” problem). The products they delivered — gold, a precious metal, frankincense, a perfume or incense, and myrrh, an anointing oil — had to be imported from Arabia to the Holy Land and likely followed parts of the old Silk Road. The supply chain didn’t start with the Wise Men. Others had to mine and smelt the gold and harvest and prepare the frankincense and myrrh. If the Wise Men did find Joseph, Mary, and Jesus before they fled to Egypt, the gifts would have surely come in handy for financing the trip. Whatever the historical truth about the Wise Men may be, there is no doubt they have found a permanent place in the Christmas story and the giving of gifts. However you celebrate this holiday season, on behalf of all of us at Enterra Solutions®, we wish you the happiest of holidays.