For years, eulogies have been written for U.S. manufacturing. Lately, however, including in the President’s State-of-the-Union address, there has been more talk about how important manufacturing is for the U.S. economy. All sorts of stimulus plans have been offered as ways to revive the American manufacturing sector. Even in the information age, I side with those who believe that manufacturing remains a critical part of any country’s economic base. I also agree, however, the types of jobs that will be found in the manufacturing sector aren’t going to look like the ones our fathers knew. The hope is often expressed that if manufacturing can be revived the blue collar jobs that created America’s middle class will also return. As I wrote in an earlier post, that is not likely to happen. Some jobs will return, but most new manufacturing plants are going to be highly automated (meaning large numbers of workers won’t be needed). Most of the new jobs created by a reinvigorated manufacturing sector will be ancillary jobs created by suppliers or other stakeholders in the supply chain, with estimates as high as eight new supply chain jobs being created for every new manufacturing job that is filled.

Debates about how to revitalize U.S. manufacturing are likely to continue for some time. Last year, the editorial staff at Supply Chain Digest wrote, “To save U.S. manufacturing, Americans must focus on the real problems behind the losses in factories here.” [“Can Just a Little More Lean Revive US Manufacturing?,” 4 August 2011] The article continues:

“Both problems and inherent opportunities for our manufacturing revival exist – they reside on the factory floor and nowhere else. Let’s not become distracted by government policies that may or may not change or by labor unions or by offshore business decisions. Examining our own ‘backyard’ of factories will show us the real story behind manufacturing failures. A closer look into the actual production on the factory floor will also yield solutions for successful process engineering right here in America.”

Before simply dismissing government policies, however, Laura D’Andrea Tyson, a professor at the Haas School of Business at the University of California, Berkeley, insists that there are things that governments can do to foster a healthier manufacturing sector. [“Why Manufacturing Still Matters,” New York Times, 10 February 2012] She writes:

“China and other emerging economies are actively building their R.&D. capabilities and aggressively competing for the R.&D. of American manufacturing companies. … Congress’s failure to extend and broaden the R.&D. tax credit, as President Obama has urged, is … encouraging companies in the United States to look to other countries offering far more generous R.&D. tax incentives. In his State of the Union speech, President Obama proposed several additional changes in business taxes to discourage the outsourcing of manufacturing jobs and to encourage their creation in the United States. A significant reduction in the corporate tax rate in the United States, which is the second highest among the developed countries, would be a much more powerful incentive to encourage American manufacturing production than these changes. … The other policies President Obama is promoting to support manufacturing — measures to increase high-school graduation rates; work-force training programs at community colleges; more support for basic research, infrastructure investment, and scientific, engineering and technical education; and immigration reform — would benefit not just manufacturing but the entire economy.”

Professor Tyson has a lot more to say about manufacturing in her op-ed piece and I may make it a subject of a separate post. Her point is, don’t let politicians ignore the role they play in helping revitalize manufacturing. Returning to the Supply Chain Digest article, the staff writes:

“Our manufacturing problems include a mistaken reliance on inventory, creating long, expensive process delays and poor quality; on organizing the factory by departments rather than product flows; by disconnected processes that make poor quality products; by allowing too much space to produce manufactured goods, time-consuming changeovers from one product type to another and overstating the role of capital concerning process lines, equipment and automation. … Effective solutions are found on the factory floor, so it is engineers and factory managers who can best solve them! … It is those who direct the actual making of products who can apply practical solutions using new concepts and practices from the perspectives of mechanical, industrial, process and manufacturing engineering fields. Fortunately, multiple solutions are available to reclaim American manufacturing success on our shores. … From SCDigest’s view, there is no question that many US factories could see improved performance from more Lean thinking and techniques. We have also seen cases where manufacturing companies decided to offshore a factory in the US rather than go through the effort of fixing the existing operations, which is a shame. Nevertheless, the US landscape is littered, it seems to us, with companies that had indeed adopted and embraced Lean techniques, yet wound up offshoring production nonetheless.”

A few months later the staff at Supply Chain Digest asked, “How Real Is The ‘Made-in-America’ Repatriation Of Jobs Back To The U.S.?” [10 October 2011] After doing a little digging, the staff reports, “What we found is that both domestic and foreign manufacturers appear to be stepping up manufacturing in the United States. What is most interesting is that a growing number of large foreign-based global corporations are recently reported to be seriously considering opening manufacturing plants in the United States.” Curious, the staff wanted to find out what was behind the apparently good news. The article continued:

“It’s clear that three decades after off-shoring emerged as the best way for many domestic corporations to lower their cost of doing business, we are now seeing a rethinking of that strategy. It appears that corporations are becoming less focused on hourly wages in favor of the ‘big’ picture. There are several practical reasons for this about-face: rapidly rising production costs in China, India, as well as other Asian countries; soaring transportation cost; increased risk of supply chain disruptions when doing business in faraway locations; and, the flight from unregulated overseas markets where companies have found that they cannot assert their rights to quality control and intellectual property – just to mention a few. But, it’s not just all about the negatives associated with off-shoring. Companies, foreign and domestic, are finding that the U.S. of A. offers advantages over developing countries such as: access to an educated and highly skilled labor force; easy adoption of automated manufacturing, assembly, and packaging technology contributing to the world’s highest productivity rates; proximity to the world’s largest market as well as the U.S. transportation network, which (in spite of its flaws) is still the most comprehensive and vital in the world; and, of course political stability, which can never be taken for granted even in the most developed countries.”

It’s good to remind ourselves that the developed world still has some advantages when it comes to manufacturing and that those advantages form a solid foundation on which to build. Unfortunately, commentators have declared U.S. manufacturing dead for so many years that many people now accept it as a truism. Certainly the manufacturing sector has lost its clout; but it’s far from dead. It deserves more attention than it gets because, when it comes to the economy, manufacturing punches above its weight. You can’t just look at the straight numbers. Professor Tyson points out that even though the manufacturing sector accounts for only “11 percent of gross domestic product, it employs the majority of the nation’s scientists and engineers, and it accounts for 68 percent of business R.&D. spending, which in turn accounts for about 70 percent of total R.&D. spending.” Those are important factors if America wants to remain a global economic powerhouse. As the Supply Chain Digest staff concluded, “It would be an exaggeration to say that the U.S. is on the verge of recapturing its past industrial glory. Some of America’s biggest conglomerates and those that are committed to selling the cheapest goods possible will for various reasons continue to benefit from off-shoring. But for companies that actually build quality, tangible goods ‘Made in America’ is once again proving to be a viable and competitively sound strategy.” A recent Bloomberg BusinessWeek article reported:

“As companies have gotten better at reducing inventory and adopting just-in-time delivery, supply chains stretching around the world have started to look like liabilities. The fragility of global supply chains became vividly apparent when the tsunami in Japan and floods in Thailand last year caused major disruptions for companies. A survey of 150 shipping companies by transportation research firm Wolfe Trahan showed a dramatic shift over the last year in their clients’ thinking. Among companies planning to move production, those considering an increase in outsourcing to China fell to 9 percent in October from 18 percent in April 2011. Those expecting to shift production back to the U.S. rose to 21 percent from 10 percent. Supply chain analysts at researcher Gartner recently predicted that by 2014, the production of 20 percent of goods now made in Asia and destined for U.S. consumers will shift to the Americas. In a recent study by Accenture entitled ‘Manufacturing’s Secret Shift,’ 61 percent of 287 manufacturers surveyed reported that they’re thinking of moving operations closer to customers.” [“For Some U.S. Manufacturers, Time to Head Home,” by Matthew Phillips, 2 February 2012]

That all sounds very promising; however, the article concluded:

“Don’t expect a hiring frenzy if some factories return. ‘It’s a marginal improvement, not a tidal wave,’ says Daniel J. Meckstroth, chief economist for the Manufacturers Alliance for Productivity & Innovation, a public policy and economics research firm. Manufacturing employment peaked in 1979 at about 20 million jobs and stands at 11.5 million jobs today. Over the past 15 years, U.S. manufacturing productivity has increased about 4 percent a year, while the economy has grown on average by 3 percent. ‘If manufacturing grew as fast as the economy, right there the math says you don’t need a single new job,’ says Meckstroth.”

A lot more attention needs to be paid to the ancillary jobs created as a result of increased domestic manufacturing than is currently the case. Measuring only direct hires by manufacturers doesn’t tell the whole story (or if some analysts are to be believed the main story). As noted earlier, it has been estimated that for every manufacturing job that is created eight jobs in the supply chain sector are also created. So even if new manufacturing plants are highly automated, those plants are still job creators. 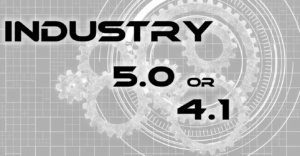 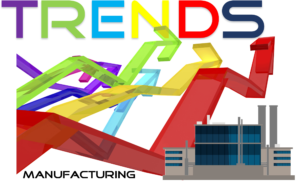