Librarians, by nature (or at least by reputation), are conservative people. The stereotype is Meredith Wilson’s “Marion the librarian” in his musical The Music Man. Librarians also have a very long time horizon when it comes to literature. They think in thousands of years, not just hundreds of years. When it comes to preservation, taking a long view and a conservative approach are probably good things. Many librarians are cooperating with Google and its “Library Project” to scan and preserve books electronically. But they understand that Google is a business and businesses come and go. Should Google fail, they don’t want Google’s Library Project to fail with it. As a result, a group of libraries has partnered to create a backup for the Library Project [“An Elephant Backs Up Google’s Library,” Miguel Helft, New York Times, 13 October 2008].

“Google often says that it likes to take the long-term view of things. But Google’s idea of long term does not appear to be long enough for some librarians, who tend to equate long term with forever, at least when it comes to preserving books. … A group of major libraries that are participating in Google’s Library Project said they are working together to create what amounts to a publicly accessible backup of the digital library that Google is creating. The project, which is called the HathiTrust, includes libraries at 12 Midwestern universities like the University of Michigan, the University of Iowa and the University of Illinois, plus the 11 libraries of the University of California system. (Hathi is Hindi for ‘elephant,’ an animal that is said to never forget.)”

While true antique book collectors know that nothing will ever replace the feel and beauty of an ancient text, lovers of language and knowledge believe that content is the true treasure contained between a book’s covers. Imagine how much richer the world would be if the contents of the library at Alexandria had not been lost. Preserving content is what Google’s project is all about.

“In the Google Books Library Project, the Internet giant has been scanning the collections of several large libraries. The company gives users access to the complete text of books that are in the public domain, and to snippets of books that are protected by copyrights. Google also gives each library a copy of the books it digitized from that library.”

These copies form the foundation of the HathiTrust.

“‘Google is an excellent partner,’ Paul Courant, university librarian and dean of libraries at the University of Michigan, said in an interview. ‘They are a corporation with a responsibility to its stockholders. Google could last 50 years, 100 years, 1,000 years. We are academic institutions with a commitment to the preservation and use of scholarship and the scholarship record for the indefinite future.’ Mr. Courant said that the majority of the 2 million or so volumes already in HathiTrust were digitized by Google. HathiTrust also includes fragile and hard-to-find books that the libraries have digitized on their own, he said. HathiTrust is an agreement by several of those libraries — but not all of them — to pool their digital copies into one giant database that will be accessible online. It will not make snippets of copyrighted works available, as some authors and book publishers said that amounts to copyright violations, but will allow users to search those texts.”

Although it sounds like the HathiTrust is trying to compete with Google, Courant insists that is not the group’s intention.

“‘I am hoping others will join, and I am hoping that we will be a destination for hundreds of thousands of people on the Web,’ Mr. Courant said. ‘Google will probably be better than we are at large-scale consumer applications.’ But Mr. Courant said that for some services aimed at scholars ‘we’ll be as good or better than them at that.'”

In a previous post [When does Connectivity Narrow Thinking?], I focused on studies that have raised concerns about the fact that the more information that becomes available on the web the fewer number of sources that scholars seem to use. It will be interesting to see what happens to scholarship when millions of texts become available online. All researchers face one question: when do you stop researching and start writing? This conundrum will only increase as the contents of more and more libraries become available online. Nevertheless, I have to believe that making more data available to more people has to be a good thing. Such access to the world’s best books could stimulate the thinking of the next Einstein in some remote corner of the world — one never knows. One thing I do know, however, is that connectivity and access to information can change the world. 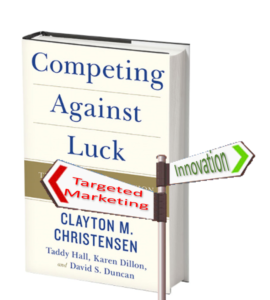 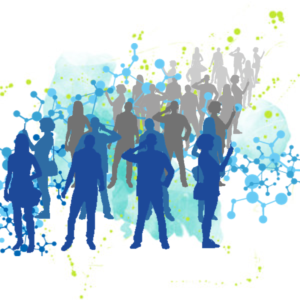