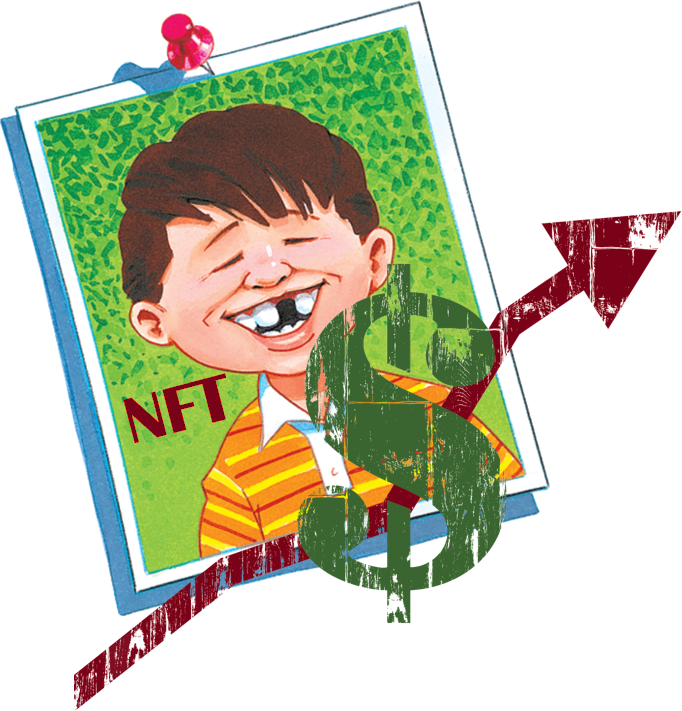 You might have heard or read about the startling fact that someone just paid $69 million for a digital work of art. Journalists Kelly Crow (@KellyCrowWSJ) and Caitlin Ostroff (@ceostroff) report, “Cryptocurrency and blue-chip art collided …

What the Heck is an NFT?

You might have heard or read about the startling fact that someone just paid $69 million for a digital work of art. Journalists Kelly Crow (@KellyCrowWSJ) and Caitlin Ostroff (@ceostroff) report, “Cryptocurrency and blue-chip art collided … when a self-taught artist named Mike Winkelmann, who goes by the professional name of Beeple, sold a digital image online at Christie’s for $69.3 million. That’s more than anyone has ever bid for artwork by Frida Kahlo, Salvador Dalí or Paul Gauguin — and it makes Beeple the third most-expensive living artist after Jeff Koons and David Hockney.”[1] They add, “It’s also the most expensive digital asset to ever sell with an accompanying digital certificate of authenticity known as a non-fungible token, or NFT.”[1] Ostroff notes the popularity of NFTs increased dramatically over the past year. She writes, “Christie’s is selling digital art. Kings of Leon are offering their latest album as a collector’s item — online. And NBA fans recently drove the price of a LeBron James highlights video into six figures. Behind all three: a new asset that uses the technology backing cryptocurrencies to create unique ‘non-fungible tokens.’ Collectors can use the tokens attached to these assets to verify the authenticity of everything from artworks to sports highlights.”[2]

If you are wondering what a non-fungible token is, you are not alone. Media reporter Mark Stenberg (@MarkStenberg3) explains, “Put simply, an NFT is a record that shows who owns a unique piece of digital content, similar to the way a vehicle title shows who owns a particular car. In theory, any piece of digital content can be minted into an NFT, from songs, photographs and works of digital art to tweets, memes, published articles and podcasts. When someone ‘mints’ an NFT, they create a file that lives on the blockchain, which means it cannot be copied and pasted, edited, deleted or otherwise manipulated.”[3] Ostroff provides a little more detail. She writes, “Non-fungible tokens are similar to bitcoin and other cryptocurrencies, with a key difference: While every bitcoin created can be exchanged for one another, these can’t. As the name suggests, non-fungible tokens are meant to be unique. The tokens act as virtual deeds, conveying ownership of a digital asset. Each one gets uploaded to a digital ledger where it conveys key information: the date it was created, when it was sold, for how much and to whom.” Included in Ostroff’s article is an excellent video that discusses NFTs more fully.

Nadya Ivanova (@nadyaivanova), chief operating officer of BNP Paribas-affiliated research firm L’Atelier, told Ostroff, “Think of it like a digital passport that comes with an asset. They allow for this trust and authenticity to be established in a way that we haven’t been able to do before, whether it’s with physical assets or digital assets.” If you’re still a bit confused about an NFT is and why it adds value to a digital article, Ryoma Ito, head of marketing at MakersPlace, asserts an NFT is like an autograph. He told media writer Jesse Damiani (@JesseDamiani), “I use the example of a physical trading card. They’re accessible by the millions, but when, say, Steph Curry comes along and autographs one of those cards it will increase the value as long as there’s a way to authenticate that signature. When a creator publishes to blockchain, they’re permanently associating their signature with that piece. It’s just a digital signature rather than a physical autograph.”[4] MakersPlace is a crypto art marketplace that collaborated with Christie’s to facilitate the Beeple auction.

In the art world, provenance is, and always has been, a big deal. As the staff at Artwork Archive explains, “[Provenance originates] from the French word, provenir, meaning ‘to come from,’ [and] it proves the history of ownership of a specific piece of art. Provenance is the documentation that authenticates a particular art piece. These documents outline details like the work’s creator, history, and appraisal value.”[5] Sophisticated con artists fake provenances for their art forgeries before putting them on the market. For example, Adam Schwartz reports, “In 1980s England, a brilliant con man named John Drewe infiltrated the archives in of some England’s most prestigious galleries and museums and planted faked provenances there. This allowed him to sell some 200 forged paintings supposedly painted by such masters as Giacometti, Dubuffet, and Ken Nicholson, and rake in millions.”[6] Art writer Riah Pryor warns that online art buyers can also be conned by provenance fraud. She writes, “The rise of the online art market means due diligence on purchasing art is becoming increasingly complex.”[7] Alan Bamberger (@AlanBamberger), an art consultant and founder of artbusiness.com, told Pryor, “It’s not the fact that people aren’t learning, it’s just that the opportunities for someone to find a naïve buyer are growing. The market is now the world.” A non-fungible token helps address the provenance issue for digital objects. Unfortunately, it’s not a cure-all. Fraudsters who are not the original creators of digital objects, can generate NFTs asserting they are the originators of the object. Journalist Ben Munster reports, “Over the past month, established artists and newcomers alike have complained about their publicly viewable work being transformed into NFTs and peddled to potential buyers at eye-watering prices, without their permission. Those responsible sometimes hide behind anonymous Twitter accounts, making it difficult to know where to start in order to contest copyright violations.”[8]

Digital media writer Paul Chodirker (@paulchodirker) asks a question I suspect many people are asking, “Why are people paying millions for digital art anyone can view for free online?” He writes, “According to Oscar Wilde, a cynic is someone who knows the price of everything and the value of nothing, while a sentimentalist is someone who sees an absurd value in everything and doesn’t know the market price of any single thing. The sudden surge of cultural interest in non-fungible tokens has already sparked a battle between cynics and sentimentalists in the creative economy, and it’s playing out on the blockchain.”[9] Jorge Stolfi, a computer science professor at Brazil’s State University of Campinas, has his own theory of why people are investing in digital objects. “There are people who have been conditioned by cryptocurrencies to believe that just the fact that it can be owned makes it valuable,” he told Ostroff. “People just 100% believe that this thing has value, but in fact it doesn’t because there’s no way to get value out of it except for selling it to another investor.” Chodirker adds, “So, is a pixelated ape worth over $1 million? The cynic’s answer, of course, is that it’s worth whatever the market will pay for it.” And NFTs are the key to making a digital object valuable.