Home » Environment » We Only Have One Planet: Supply Chains Can Help Save It 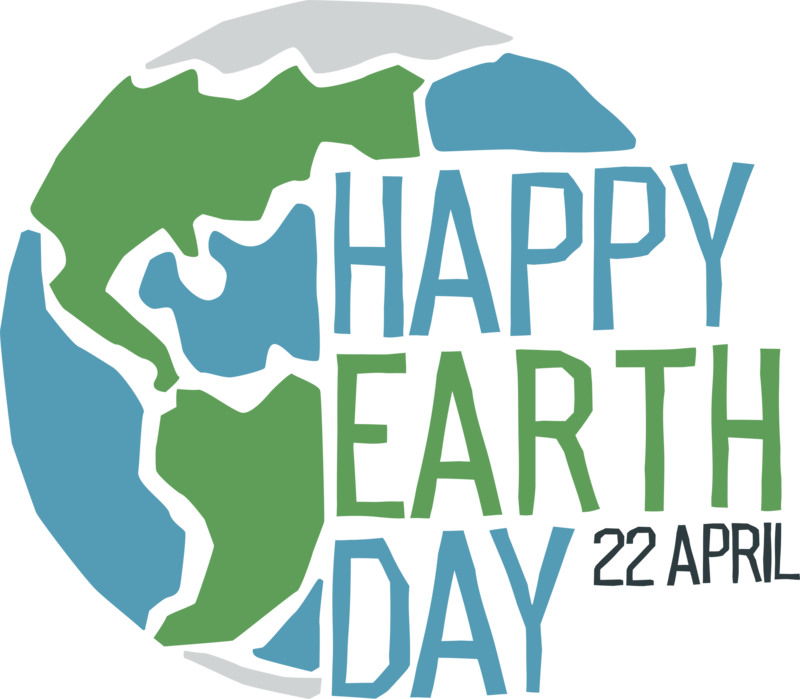 We Only Have One Planet: Supply Chains Can Help Save It

Today marks the 51st anniversary of Earth Day, an event that reminds us we have only one planet on which we are all passengers. The official Earth Day web site provides the following history of the Day’s origins:

“Senator Gaylord Nelson, a junior senator from Wisconsin, had long been concerned about the deteriorating environment in the United States. Then in January 1969, he and many others witnessed the ravages of a massive oil spill in Santa Barbara, California. Inspired by the student anti-war movement, Senator Nelson wanted to infuse the energy of student anti-war protests with an emerging public consciousness about air and water pollution. Senator Nelson announced the idea for a teach-in on college campuses to the national media, and persuaded Pete McCloskey, a conservation-minded Republican Congressman, to serve as his co-chair. They recruited Denis Hayes, a young activist, to organize the campus teach-ins and they choose April 22, a weekday falling between Spring Break and Final Exams, to maximize the greatest student participation. Recognizing its potential to inspire all Americans, Hayes built a national staff of 85 to promote events across the land and the effort soon broadened to include a wide range of organizations, faith groups, and others. They changed the name to Earth Day, which immediately sparked national media attention, and caught on across the country. Earth Day inspired 20 million Americans — at the time, 10% of the total population of the United States — to take to the streets, parks and auditoriums to demonstrate against the impacts of 150 years of industrial development which had left a growing legacy of serious human health impacts. Thousands of colleges and universities organized protests against the deterioration of the environment and there were massive coast-to-coast rallies in cities, towns, and communities. Groups that had been fighting individually against oil spills, polluting factories and power plants, raw sewage, toxic dumps, pesticides, freeways, the loss of wilderness and the extinction of wildlife united on Earth Day around these shared common values. Earth Day 1970 achieved a rare political alignment, enlisting support from Republicans and Democrats, rich and poor, urban dwellers and farmers, business and labor leaders. By the end of 1970, the first Earth Day led to the creation of the United States Environmental Protection Agency and the passage of other first of their kind environmental laws, including the National Environmental Education Act, the Occupational Safety and Health Act, and the Clean Air Act. Two years later Congress passed the Clean Water Act. A year after that, Congress passed the Endangered Species Act and soon after the Federal Insecticide, Fungicide, and Rodenticide Act. These laws have protected millions of men, women and children from disease and death and have protected hundreds of species from extinction.”

The web site goes on to note, “Today, Earth Day is widely recognized as the largest secular observance in the world, marked by more than a billion people every year as a day of action to change human behavior and create global, national and local policy changes. Now, the fight for a clean environment continues with increasing urgency, as the ravages of climate change become more and more apparent every day.”

As noted above, when Earth Day began, it was viewed as a protest against a century and a half of industrial development. It was tree huggers against companies. Over the next five decades, business leaders and environmentalists came to understand the “us against them” mentality was mutually harmful. As a result, businesses started paying attention to sustainability. Unfortunately, early efforts often amounted to “greenwashing.” Nicole D’Alessandro, Director of Communications at EcoWatch, explains what are considered the “The Seven Sins of Greenwashing.”[1] They are:

1. Hidden Trade-Offs: “Labeling a product as environmentally friendly based on a small set of attributes (i.e., made of recycled content) when other attributes not addressed (i.e., energy use of manufacturing, gas emissions, etc.) might make a bigger impact on the eco-friendliness of a product as a whole.”

2. Lack of Proof: “Making an environmental claim without providing easily accessible evidence on either the label or the product website (i.e., a light bulb is touted as energy efficient with no supporting data).”

3. Vagueness: “Using terms that are too broad or poorly defined to be properly understood (i.e., an ‘all-natural’ cleaner may still contain harmful ingredients that are naturally occurring).”

4. Irrelevance: “Stating something that is technically true but not a distinguishing factor when looking for eco-friendly products (i.e., advertised as ‘CFC-Free’—but since CFCs are banned by law this is unremarkable).”

5. Lesser of Two Evils: “Claiming to be greener than other products in its category when the category as a whole may be environmentally unfriendly (i.e., an organic cigarette may be greener, but, you know, it’s still a cigarette).”

6. Fibbing: “Advertising something that just isn’t true (i.e., claims to be Energy Star Certified, but isn’t).”

7. Worshiping False Labels: “Implying that a product has a third-party endorsement or certification that doesn’t actually exist, often through the use of fake certification labels.”

According to Mark Burstein, Executive Vice President and industry principal at Logility, “Decades of conversation on sustainability has been 99 percent greenwashing.”[2] Consumers, tired of greenwashing, have played a major role in changing the corporate mindset — and today’s youngest generations are applying pressure to have companies do even better when it comes to their sustainability efforts. A Nielson poll found that 66% of adult consumers are willing to pay more for eco-friendly products and 50% of purchasing decisions are influenced by sustainability claims.[3] More often than not, when companies look to do better, they look to their supply chains. John Blake, a senior director and analyst at Gartner Supply Chain, explains, “For many organizations, the most significant end-to-end environmental impacts come from supply chains, and goal setting for environmental performance efficiency is becoming table stakes.”[4] Companies are getting more serious about helping reduce greenhouse emissions contributing to climate change, not only because consumers are demanding it but, because it’s in their own best interests. A recent study conducted by the Boston Consulting Group (BCG) for the World Economic Forum (WEF) concluded:[5]

Many companies can multiply their climate impact by decarbonizing supply chains. “For companies in most customer-facing sectors, end-to-end emissions are much higher than the direct emissions in their own operations (so-called Scope 1 and 2 emissions). By engaging suppliers to create a net-zero supply chain, companies can boost their climate impact, enable emission reduction in hard-to-abate sectors, and accelerate climate action in countries where it would otherwise not be high on the agenda.”

Net-zero supply chains would hardly increase end-consumer costs. “Around 40% of all emissions in these supply chains could be abated with readily available and affordable levers (<€10 per ton of CO2 equivalent), such as circularity, efficiency and renewable power — with only marginal impact on product costs. Even with zero supply-chain emissions, end-consumer costs would go up by 1–4% at the most in the medium term.”

But: decarbonizing supply chains is hard. “Even leading companies struggle to get the data they need and to set clear targets and standards to which their suppliers must adhere. Engaging an often-fragmented supplier landscape is challenging — especially when emissions are ‘buried’ deep in the supply chain, or when addressing them might require collective action at the industry level.”

Journalist Matt Leonard (@Matt_Lnrd) reports, a study conducted by the Massachusetts Institute of Technology Center for Transportation and Logistics, and the Council of Supply Chain Management Professionals concluded corporations have a lot of room for improvement. He writes, “[The MIT/CSCMP report] found that about 35% of companies still lack formal corporate supply chain sustainability goals, while another 49% of respondents said their companies did have such goals.”[6] The study also found that social issues (e.g., child labor or slavery, worker welfare, etc.) receive a lot more attention than environmental issues (e.g., carbon emissions or waste), even though a Gartner study shows “companies are more likely to see savings potential by addressing environmental issues.”[7] Social issues are certainly important; however, environmental issues have an even greater impact on society. Jenny Reese, a senior manager of solutions marketing at Kinaxis, notes, “With roadmaps to net-zero emissions underway in the West, Japan pledging to become carbon neutral by 2050 and China by 2060, pressure to meet the Paris Agreement on climate change is mounting around the world. Investing in a sustainable supply chain is no longer an option or afterthought with carbon net-zero initiatives and zero-waste business models on the minds of massive corporations, governments, politicians and their constituents.”[8] Whether you are a business leader or a consumer, we each have a role to play in saving the planet for future generations. Happy Earth Day!