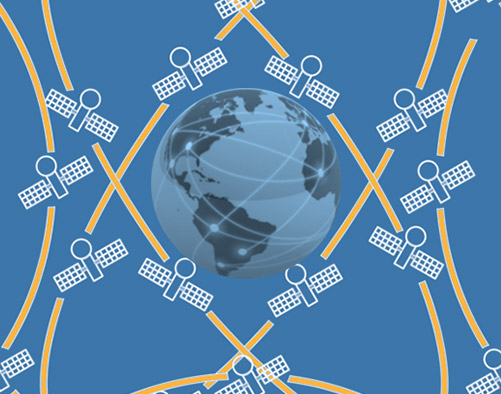 Most of the world’s population is connected in one way or another: by land, by sea, by air, by cable, by airwave, and/or by satellite. As extensive as these human connections are, connections between almost everything else on Earth (i.e., machines and animals) are about to surpass them.

Most of the world’s population is connected in one way or another: by land, by sea, by air, by cable, by airwave, and/or by satellite. As extensive as these human connections are, connections between almost everything else on Earth (i.e., machines and animals) are about to surpass them. A few years ago, Herman Morgan (@hermanmorganUSA), a Marketing Analyst at Tatvasoft, wrote, “The Internet of Things (IoT) is coming and it offers a lot of opportunities for organizations. As a result, more and more organizations, industries, and technologists catch the IoT bug.”[1] He describes the IoT this way: “It is the network of physical objects, whether in terms of devices, vehicles, buildings or even humans, which are embedded with electronics, sensors, and software and network connectivity. And of course, these devices help us to send, transfer, and collect important data anywhere and at any point in time.” He left out one of the most important parts of the IoT ecosystem: analytics. The ability to send, transfer, and collect data is meaningless unless that data can be analyzed.

Back in 2018, Morgan observed that most of the world was already connected. He explained, “95% of the world has basic 2G phone coverage, and while 29% of those in rural areas have 3G coverage, 89 percent who reside in urban areas are able to access 3G coverage with ease.” The standard today, for much of the world, is 4G technology; however, the future of IoT operations lies with 5G technology. Why? The answer to that question is speed. Fifth generation mobile networks are extremely high-speed which provides near-zero lag for real-time data processing. And telecommunications are already working on 6G. However, Earth-based systems aren’t the only systems at play. Tech writer Christopher Mims (@mims) reports, “More than a dozen startups are building their own globe-spanning networks of nanosatellites, enabling a new kind of everywhere, all-the-time connectivity for people, animals and assets on Earth.”[2] He describes how these satellite networks are already being used and their potential for the future:

“Scientists who track the health of Adélie penguins on the ice-covered wastes of Antarctica are managing their cameras from thousands of miles away — via tiny satellites orbiting above our heads. Energy companies are exploring using the same technology for monitoring hard-to-reach wind farms; logistics companies for tracking shipping containers; and agribusiness companies for minding cattle. It even helped National Geographic track a discarded plastic bottle from Bangladesh to the Indian Ocean. In the near future, it isn’t unreasonable to imagine this evolving satellite technology could put a distress beacon in every automobile, allow remote monitoring of wildlife in any environment on earth, and track your Amazon shipment — not just when it’s on a truck, but backward, all the way to the factory that produced it. And it could be done at a fraction of the cost of earlier satellite tracking systems.”

Morgan observed that IoT capabilities are already helping a number of industry verticals, including: healthcare; water systems; agriculture; and urban living. In the area of healthcare, he noted, “Tracking a group of people or a city as a whole can help with disease containment as well as migrant population tracking. Over time these sensors can help predict where an outbreak is going to spread, allowing enough aid workers to get to the infected area before it’s too late.” It turns out, the kind of contact tracing he described didn’t work very well during the pandemic because of privacy concerns. On the other hand, telemedicine proved quite valuable.

In the area of water delivery, he wrote, “IoT cannot just help in monitoring both water quality, and water delivery but also alert municipalities when a water pump breaks, allowing for a quicker replacement time to ensure that an area’s citizens are still getting enough, and quality water.” In the area of agriculture, he wrote, “With the help of [agriculture-related IoT] devices, farmers can easily place them in soil to track acidity levels, as well as temperature, and crop growth so they can create a successful harvest.” And, even though smart city projects have slowed in the developing world, he predicts, “IoT devices can help with the traffic flow, by regulating lights based on the number of vehicles on the road, sensors placed in homes can help warn residents of impending disasters like fast-moving fires, mudslides, or other disasters, helping to save lives, as well as personal property.”

She concludes, “Together, these interconnected devices are transforming the way we interact with our devices at home and at work, creating the AIoT (‘Artificial Intelligence of Things’) in the process.”

Cognitive technologies and the IoT

The reason cognitive technologies are essential for IoT operations is the enormous amount of data generated by the IoT. Abhishek Bishayee (@ab_bishayee), Associate Vice President for Strategy and Solutions at Sutherland, explains, “With our highly connected world — predicted to generate a whopping 175 zettabytes of data by 2025 according to Forrester — AI is making waves as a natural complement to the Internet of Things. The combination of both technologies enables businesses with a physical presence to reap greater insights from the large volumes of data generated by a slew of IoT applications, sensors and devices.”[4] He adds, “While AI-driven IoT is already making its mark, we are only at the start of this exciting union and realizing the potential extent of its impact.” Ghosh agrees. She writes, “The Internet of Things is a technology helping us to reimagine daily life, but artificial intelligence is the real driving force behind the IoT’s full potential. From its most basic applications of tracking our fitness levels, to its wide-reaching potential across industries and urban planning, the growing partnership between AI and the IoT means that a smarter future could occur sooner than we think.”

Rachel Stinson observes that it’s not just industries that can benefit from IoT systems. Consumers are also buying IoT devices for convenience and to help them better understand their lives. She explains, “Smart home hubs, thermostats, lighting systems, and even coffee makers collect data on your habits and patterns of usage. When you set up voice-controlled devices, you allow them to record what you say to them and store those recordings in the cloud, and that data is collected to help facilitate machine learning.”[5] Understanding patterns discovered using machine learning can help people leverage those patterns (e.g., controlling energy usage).

Although the benefits of the IoT are numerous, privacy and security issues remain. As the IoT grows, so do threats against it. Itsik Harpaz, Chief Executive Officer at Essence-Sigamdots, explains, “The increased proliferation of connected devices has meant that the challenges facing start-ups and IoT manufacturers have evolved, with the sector increasingly facing serious threats from cybercrime. Hackers not only pose a risk to the IoT network itself; weak or faulty networks now mean our entire cyber-identities could be compromised.”[6] People are working hard to overcome these challenges; nevertheless, constant vigilance needs to be maintained. As challenges are met and overcome, IoT ecosystems are likely to change the way we live and how we understand the world around us.