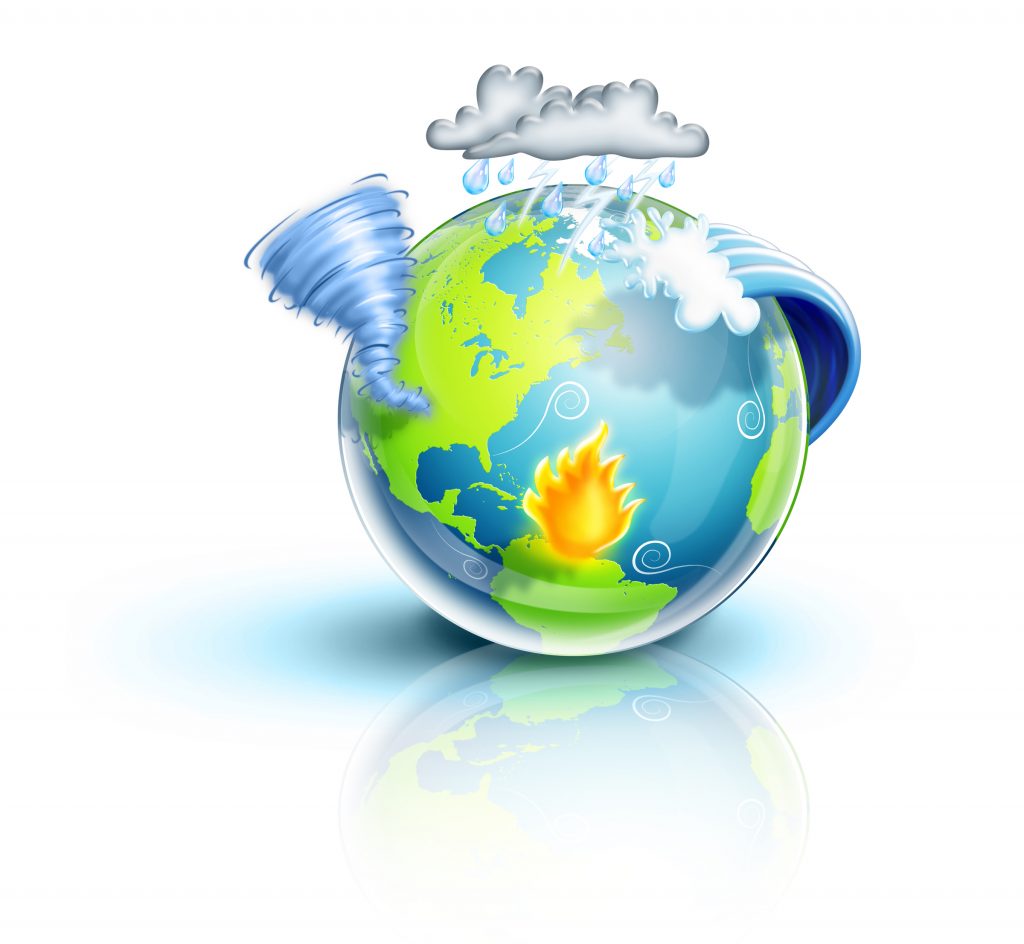 Early last December, at an international meeting on climate change, the United States joined other large producers of oil and natural gas (namely Saudi Arabia and Russia) in opposing language endorsing the findings of a report that concluded “the world has barely 10 years to cut carbon emissions by nearly half to avoid catastrophic warming.”[1] Since then, scientists have indicated the oceans are warming faster than earlier predicted and Antarctic glaciers are melting at historic rates. Despite the fact prominent governments are willing to ignore the dangers of climate change, supply chain professionals can’t. In the first part of this three-part series, I want to discuss what scientists and supply chain experts are saying about climate change. In the second part of the article, I’ll address what experts are suggesting companies can do mitigate the effects of climate change. In the final part of the article, I’ll discuss how big data and artificial intelligence can help address the challenges of climate change.

What are the risks?

Two reports, one issued by the United Nations and the other released by the U.S. Government, conclude climate change will wreak havoc on the global economy if something is not done. The United Nations report addressed global conditions. Authored by international climate and policy experts, the report “warned that ‘rapid, far-reaching and unprecedented changes in all aspects of society’ are required if global warming is to be limited to just 1.5°C. The report also sets out some of the dire consequences for both humanity and life on Earth if that threshold is exceeded, and points out that, conversely, limiting global warming would give people and ecosystems ‘more room to adapt and remain below relevant risk thresholds’. Decisions made by world leaders today are critical in ensuring a safe and sustainable world for everyone, the authors warn.”[2] The Federal Government report focused on the impact climate change could have on the U.S. economy. The report concluded, “The effects of climate change, including deadly wildfires, increasingly debilitating hurricanes and heat waves, are already battering the United States, and the danger of more such catastrophes is worsening. The report’s authors, who represent numerous federal agencies, say they are more certain than ever that climate change poses a severe threat to Americans’ health and pocketbooks, as well as to the country’s infrastructure and natural resources.”[3]

Supply chain professionals take notice (or at least they should) whenever risks that could cause supply chain disruptions are discussed. Natural disasters and damaged infrastructure fall squarely into that category. Graham Parker, CEO of Gravity Supply Chain Solutions, notes, “In the past year, a surprising number of natural disasters have devastated communities around the world. From the deadly earthquake and ensuing tsunami that rocked Indonesia, to the multiple hurricanes that have struck South America, to California’s raging wildfires, it seems that such disasters are becoming more and more commonplace. Natural disasters aren’t a new phenomenon, but the rate at which they’re taking place isn’t going to let up unless proactive action is taken.”[4] He continues, “The tragic consequences that natural disasters can cause to human life is readily apparent, and covered extensively by the media. What’s less recognized is that natural disasters also wreak immense havoc on global supply chains, because they result in the cancellations of flights, the closure of ports, and the shutting down of highways. In this way, the delivery of raw materials, consumer goods and other components are delayed, sometimes substantially, which can seriously harm the bottom line of businesses.”

Analysts from Source One write, “From an environmental perspective, the consequences of the Earth’s climbing temperature are pretty clear cut. Climatologists note that in addition to rising sea levels, which can trigger more common flood events, global warming can spawn larger wildfires, intense droughts and powerful hurricanes. But could these catastrophes also be disastrous for the U.S. supply chain? In a word: Absolutely.”[5] Emma Cosgrove (@emmacos) agrees. Having read the federal government report on climate change, she writes, “The report predicts a 10% shrink in U.S. GDP by 2100 and for supply chains, a growing crescendo of infrastructure calamities that could greatly affect efficiency and basic capabilities we take for granted today. The problem is indeed intractable. We’re not going to reverse it in time to avoid the dire effects.”[6] That’s not good news for supply chain professionals.

Mary Mazzoni (@mary_mazzoni) observes, “In the age of globalization, corporate supply chains typically stretch around the world. Such complexity means it’s next to impossible for business leaders to assess potential risks at each stage of the value chain — which is especially problematic as water scarcity, extreme weather and other climate-induced impacts become the norm. Research shows that suppliers, and the companies they serve, are increasingly concerned about climate-related threats: More than 75 percent of global suppliers report climate risks with the potential to generate a substantive change in their business, according to 2018 data from CDP.”[7] If global companies weren’t already concerned enough about climate change, John Schwartz (@jswatz) reports, “Global warming is posing such wide-ranging risks to humanity, involving so many types of phenomena, that by the end of this century some parts of the world could face as many as six climate-related crises at the same time.”[7] The chances of supply chains not being disrupted as result of climate change in the future appear to be near zero.

David G. Victor, Co-Chair of the Cross-Brookings Initiative on Energy and Climate, believes international organizations have set unrealistic goals in their attempt to curb climate change. The goals might be scientifically sound, but, Victor believes, politicians, industries, and consumers aren’t going to change significantly enough to achieve them. However, just because the goals are unrealistic, doesn’t mean we shouldn’t keep trying to meet them. Just don’t be disappointed — or unprepared — when the goals are not reached. He writes, “The new politics of climate change must realize that the world is headed, quickly, into dangerous regimes. That will put a premium on policies that address so-called super-pollutants — that is, potent greenhouse pollutants, such as black carbon (also known as soot) that, when controlled, yield quick responses in the climate. We must grapple, as well, with the reality that emergency measures to ‘geo-engineer’ the climate might be needed — measures that, though flawed, could dampen some of the most horrible effects of climate change. And we must deal with the reality that the world is in for a whole lot of warming — which means that societies must prepare to adapt.”[9] Supply chains, which help feed, clothe, house, and connect people, must also prepare to adapt. That will be the subject of the second part of this article on the impact of climate change on supply chains.