Home » Big Data » Personal Data: Who Should Own It and How Much Should It be Worth? (Part 2)

Personal Data: Who Should Own It and How Much Should It be Worth? (Part 2)

In Part 1 of this two-part series, I discussed the general topic of data ownership and why it is becoming an important issue in the Big Data era. I concluded that post with a quote from Joseph W. Jerome, a Legal and Policy Fellow at the Future of Privacy Forum. He wrote, “‘Monetizing privacy’ has become something of a holy grail in today’s data economy.” [“Buying and Selling Privacy,” Stanford Law Review, 3 September 2013] As I have reported in previous posts, the World Economic Forum has recognized the economic value of data and has declared it to be a new resource class comparable to gold or silver. That has raised the eyebrows of a lot private citizens who see companies getting rich on their personal data. As a result, many people are asking how can they gain ownership of their data and get their share of the pie?

“As any savvy consumer knows,” writes, Meghan Neal, “there’s big money to be made off our personal data. I’m talking gobs upon gobs of cash, potentially.” [“Should We Be Making Bank Off Our Own Personal Data?” Motherboard, 9 July 2013] For the moment, she insists, “we’re just digital cash cows” for data brokers. She continues:

“But that data is our lives, our identities. So why the hell aren’t we seeing a dime? The short answer is that consumers are using personal data as currency, rather than looking at is as a commodity. We ‘pay’ for ‘free’ services like Gmail and Twitter with our data, instead of viewing that personal information as private property they — the Googles and Twitters and the like — should be paying us for. … That’s why now is a good time to look at the longer answer. Which is to say that consumers taking back their own data, to say nothing of profiting from it, would be a radical upheaval of the global digital economy as we know it. It’s daunting to even think about.”

In the previous post, I cited an article written by Robert Hillard, who insists that the “true owner” of personal data is the individual. [“You should own your own data,” Mike 2.0, 25 April 2013] He believes that the individual should be in control of their data and, presumably, that means free to make a buck off of it. As a result, he writes, “This approach actually opens up a huge array of new possibilities and leaves the individual in control. The evidence is growing that when people feel confident that they can withdraw their information at any time and are not at risk of unintended consequences they are much more willing to submit their data for a wide array of purposes.” The question is: Will selling access to our personal data be enough to replace our 401(k) as a pension plan? The short answer is: Don’t count it. Jerome writes:

“Today, privacy has become a commodity that can be bought and sold. While many would view privacy as a constitutional right or even a fundamental human right, our age of big data has reduced privacy to a dollar figure. There have been efforts — both serious and silly — to quantify the value of privacy. Browser add-ons such as Privacyfix try to show users their value to companies, and a recent study suggested that free Internet services offer $2,600 in value to users in exchange for their data. Curiously, this number tracks closely with a claim by Chief Judge Alex Kozinski that he would be willing to pay up to $2,400 per year to protect his family’s online privacy. In an interesting Kickstarter campaign, Federico Zannier decided to mine his own data to see how much he was worth. He recorded all of his online activity, including the position of his mouse pointer and a webcam image of where he was looking, along with his GPS location data for $2 a day and raised over $2,700.”

Hayley Dixon reports, “Collecting personal data online has become a multibillion-dollar industry but there are fears that it is largely unregulated as companies obtain information through web searches, social networks, purchase histories and public records.” [“Personal Details Are Being Sold For A Fraction Of A Penny,” Business Insider, 13 June 2013] Dixon goes on to report how much your personal data is worth per each transaction:

You have to remember that those figures are what the data brokers are charging. If they had to buy that information from you, your share would be considerably less. As Dave Morgan told Dixon, “You’re not worth much.” The Financial Times published an interesting calculator to help you determine what your data is worth. It can be accessed by clicking this link (subscription may be required). At the moment, however, individuals are not getting any remuneration for their personal data because companies assert that they are providing it voluntarily. For the most part that’s true. Most consumers ask: What choice do I have? If you don’t provide the information you don’t get the service you need. Mark Veverka finds it interesting that “it appears that we are much more willing to share personal information with banks than our doctors. About 87% of Americans are willing to share personal financial details with their financial institutions, but only 58% are willing to share personal medical details with their doctors, according to an extensive global survey exclusively obtained by USA TODAY.” [“Unplugged: Who’s got your personal data,” USA Today, 24 June 2013] He continues:

“The assertion that we might trust Wells Fargo more than our family doctor isn’t that surprising at first blush, says Steve Pratt, the San Francisco-based head of Infosys’ consulting and systems integration group. We expect banks to monitor every transaction we make, regardless of how big or how small, to assure that our money is safe. We also tend to trust them more because they’ve earned that trust, for the most part, since making the transition to digital banking more than a decade ago, Pratt says. How an institution treats our information, and how it uses that data, tends to determine how much we as consumers are willing to share with them.”

Veverka, like Neal earlier, argues that in many cases consumers aren’t giving up this information for free. In return for providing information, they receive “exclusive service, timely discounts or other tangible benefits to reinforce their willingness to continue to share information.” Jerome appears to agree with the premise that consumers should only provide data when there is a benefit to be gained. He writes:

“A recent piece in the Harvard Business Review posits that individuals should only ‘sell [their] privacy when the value is clear,’ explaining that ‘[t]his is where the homework needs to be done. You need to understand the motives of the party you’re trading with and what [he] ha[s] to gain. These need to align with your expectations and the degree to which you feel comfortable giving up your privacy.’ It could be possible to better align the interests of data holders and their customers, processing and monetizing data both for business and individual ends. However, the big challenge presented by big data is that the value may not be clear, the motives let alone the identity of the data collector may be hidden, and individual expectations may be confused. Moreover, even basic reputation-management and data-privacy tools require either users’ time or money, which may price out average consumers and the poor.”

I certainly don’t have a definitive answer about who should own various kinds of data or whether it’s a good idea to pay consumers for certain data. There are smart (and opinionated) people who are considering the matter and it will be interested to see what they propose in the years ahead. The only thing I know for certain is that Big Data is worth big money. It remains to see who will cash in. I just wouldn’t expect to get rich selling your personal data. 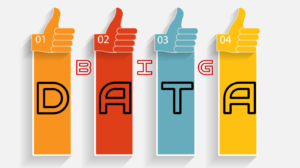