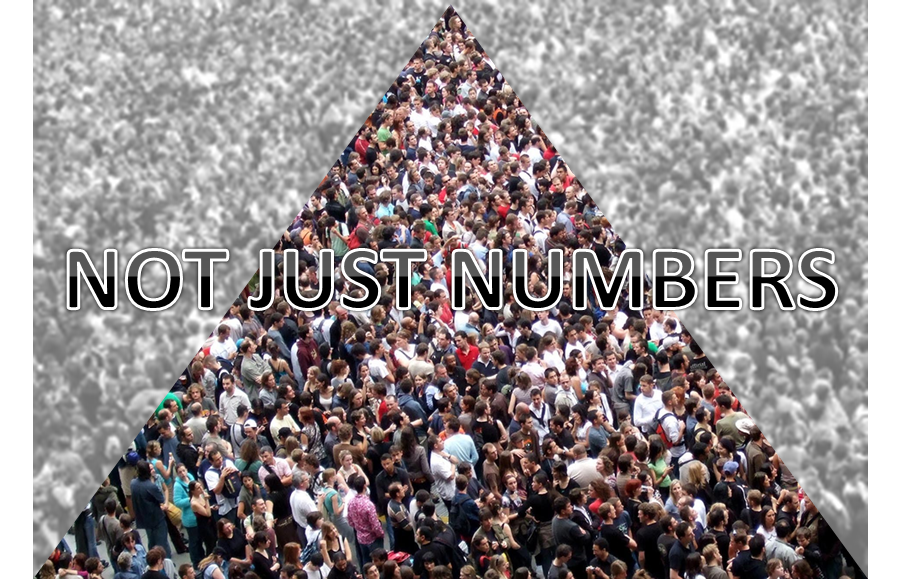 People at the Bottom of the Pyramid are not Just Numbers

Pyramids are interesting geometrical shapes. As we all know, their outer surfaces are triangular and converge to a single point at the top making them much wider at the bottom, and, thus, a very stable structure. The square pyramid, with square base and four triangular outer surfaces, is perhaps the most commonly depicted pyramid. Because of their great stability, pyramids have been found around the world and many people believe they have mystical powers. Some people claim that the square pyramid represents the universe with the earth at the base, the elements (fire, earth, water, and) making up the sides, and the heavens represented by the apex of the structure. Even the name pyramid (i.e., fire in the middle) connotes some magical properties inherent in the shape. When it comes to the economic pyramid, however, people represented by the bottom find little magic in being poor. Like all pyramids, the base of the economic pyramid is much broader than any other part of the structure; so broad, in fact, that analysts are tempted to refer to people living there as numbers rather than as individuals. Their numbers are so staggering it’s hard to do otherwise. Wendy Woods, Tom Lewis, Ulrich Villis, Brenda Thickett, Günter Rottenfußer, and Beth Gillett, analysts with the Boston Consulting Group (BCG) write, “The numbers speak for themselves.” [“Making a Difference 2014: Shaping the Future. Together.” bcg.perspectives, 14 October 2014] Here are some of the numbers to which they refer:

Those are big numbers. Staggering numbers. Discouraging numbers. Fortunately, armed with new analytical tools (and backed by philanthropists, international organizations, non-governmental organizations, and governments), there are a number of researchers and field workers trying to tackle those global challenges and to improve the quality of life for those living at the bottom of the pyramid. Having provided the bad news, the BCG analysts proffer a list of the encouraging developments that have taken place in recent decades:

There are groups, like ISIS, that would like to reverse some of that progress (especially with regards to educating girls); but, for the most part, the world is making headway. As I have discussed in the past, people living at the bottom of the pyramid may be poor, but they still have needs and they work hard (and often in very poor conditions) to satisfy those needs. There is money to be made catering to those needs in a fair and respectable way and many large consumer packaged goods companies are finding that out. More, however, can be done. Matt Mossman (@mamossman) writes, “Is the Base of the Pyramid concept in need of a recharge? That’s what two of its founding fathers think. Along with some re-energizing, it’s a concept that could use some humility as well, say two of its early advocates.” [“Building Inclusion Into the Pyramid: Introspection, evaluation in revealing the ‘BoP Roadmap’,” Next Billion, 24 October 2014] Mossman continues:

“It’s been 12 years since the idea was first spread that the world’s poor people should be considered an economic demographic worthy of tailored products, and that developing them could be done both for profit and for the benefit of the buyers. The idea was shared in the seminal 2002 article in the journal Strategy + Business called ‘The Fortune at the Bottom of the Pyramid,’ and has flourished since, alongside financial inclusion, impact investing and similar efforts aimed at deploying commerce for the benefit of more than shareholders. What has not accompanied the BoP concept’s rising reputation as an approach to business in developing countries is a critical mass of success stories.”

People shouldn’t get too discouraged that a critical mass of success stories has not yet emerged. After all, developing profitable ways to serve low-income groups is not easy. They often live in places where traditional stores don’t exist, logistics functions more often involve donkeys and carts than trucks, and word-of-mouth is the only available form of advertising because so many potential consumers are illiterate. As literacy improves and more inclusive policies and practices are adopted, success stories should begin to increase. The focus of Mossman’s article was a panel discussion held last year in Washington, D.C., which was chaired by Stuart Hall, a professor emeritus at Cornell University and one of the founders of the Base of the Pyramid movement, and Ted London, an adjunct associate professor at the University of Michigan. Hall lamented, “We haven’t seen the explosive success we’ve all hoped for over the past 10 years.” To achieve greater progress, London insisted that “an industry-wide effort” is needed “to establish what works, what doesn’t.” At the meeting, Hall and London “introduced a document they hope will set the agenda for progress, called ‘A Roadmap for the Base of the Pyramid Domain’.”

During the discussion London stated that businesses of all sizes need to exercise a little humility when it comes to serving those living at the bottom of the pyramid. Traditional business models simply don’t work. To learn a little more about some of the challenges businesses face, read my post entitled “Doing Big Business in Emerging Markets often Means Thinking Small.” Mossman reports that the DC panel discussion also highlighted the fact that “measuring success has been difficult.” He continues:

“To be sure, it isn’t fair to expect a microfinance bank or a mobile money platform to solve everybody’s problems. But it’s also been difficult to find numbers that conclusively show that these tools definitely help to lift users out of poverty — that effort is ongoing, in hopes that hard numbers can complement a growing body of anecdotal evidence. For the BoP domain, its academic leaders hope that numbers will eventually show that their concept will mean more than commercial entities simply figuring out how to make money at the bottom of the pyramid. They want it done in a way that benefits the buyers of the products at the same time, and enables them to participate in the process or start businesses of their own.”

Mossman reports that panel members concluded that BoP ventures need to become more inclusive. That means that large companies should help and work with local entrepreneurs who can “develop homegrown solutions to economic problems.” Mossman concluded:

“London and Hart’s roadmap … outlines a four-pronged approach, each containing specific research and support initiatives to be spearheaded by nonprofits and development agencies, such as the William Davidson Institute, the German development agency Deutsche Gesellschaft für Internationale Zusammenarbeit, the Grameen Foundation and others. The four categories for further study include how to scale up BoP enterprises, how to encourage supportive environments for entrepreneurs, how to improve the collection and sharing of data and analysis, and global training and knowledge.”

I like the idea that BoP efforts need to be more inclusive because people who live and work amongst those found at the bottom of the economic pyramid know them as people and not simply as numbers. They know their struggles and their aspirations. Big data analytics can help address some of the challenges found at the bottom of the pyramid; however, lasting solutions won’t be found if people don’t look beyond the data to see the people those numbers represent.