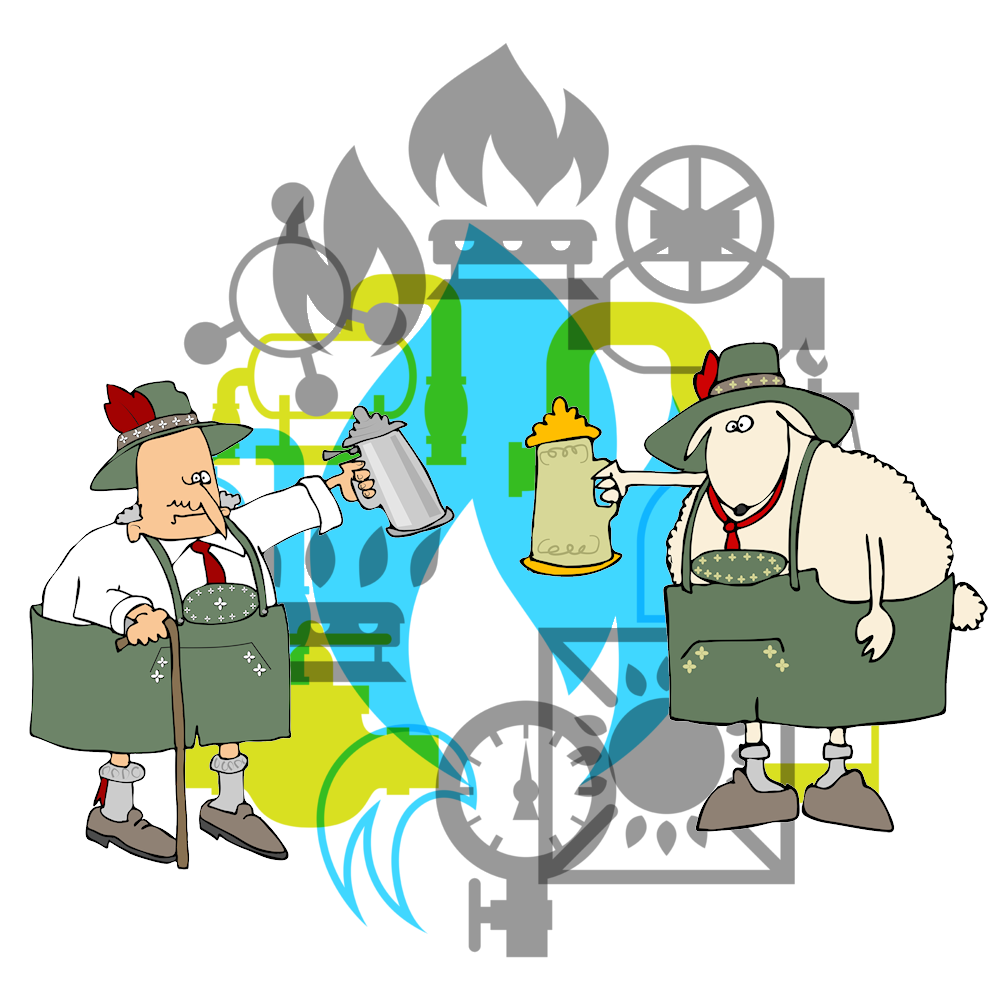 What do Mother Nature, cows, industries, and humans have in common? They all produce methane gas — which means each can play a role in helping mitigate the effects of climate change. Mother Nature may be the most difficult stakeholder from which to obtain cooperation because humans have really ticked her off. The warmer we make the planet the more methane she releases from thawing permafrost. How significant is methane in contributing to climate change? According to Ilissa Ocko, senior climate scientist at the Environmental Defense Fund, “Cutting methane emissions is the single fastest, most effective way there is to slow the rate of warming right now.”[1] Science journalist Matt Simon (@mrMattSimon) reports, “[In August,] the United Nations’ Intergovernmental Panel on Climate Change dropped a landmark report on the state of the planet which — spoiler alert — ain’t looking great. The archvillain of the assessment is carbon dioxide, but it also called out CO2’s less-famous sibling: methane. Atmospheric concentrations of this greenhouse gas, which is 80 times more potent than CO2, are now higher than any time in at least 800,000 years, the report notes. If humanity could get serious about slashing methane emissions, that would put a huge and rapid brake on climate change.”[2]

If CO2 is the archvillain in the climate change melodrama, you might be wondering why methane is being singled out for action. Climate reporter Hiroko Tabuchi (@HirokoTabuchi) explains, “While methane is an extremely potent greenhouse gas, it is also relatively short-lived, lasting just a decade or so in the atmosphere before breaking down. That means cutting new methane emissions today, and starting to reduce methane concentrations in the atmosphere, could more quickly help the world meet its midcentury targets for fighting global warming.”[3]

Where is All that Methane Coming From?

Gerhard K. Heilig (@GerhardHeilig), Chief of the Population Estimates and Projections Section at the United Nations, reports, “There are six major sources of atmospheric methane: emission from anaerobic decomposition in (1) natural wetlands; (2) paddy rice fields; (3) emission from livestock production systems (including intrinsic fermentation and animal waste); (4) biomass burning (including forest fires, charcoal combustion, and firewood burning); (5) anaerobic decomposition of organic waste in landfills; and (6) fossil methane emission during the exploration and transport of fossil fuels. Obviously, human activities play a major role in increasing methane emissions from most of these sources.”[4]

Climate scientist and journalist Alejandra Borunda (@alejandrabee_) adds, “There are a variety of natural methane sources. It seeps out of the ground naturally near some oil and gas deposits and from the mouths of some volcanoes. It leaks out of thawing permafrost in the Arctic and builds up in the sediments under shallow, still seas; it wafts away from burning landscapes, entering the atmosphere as CO2; and it is produced by termites as they chow through piles of woody detritus. But all of these other natural sources, excluding wetlands, only make up about ten percent of the total emissions each year.”[5]

Wetlands, in fact, are becoming a bigger problem. Climate researcher Darren Soong reports, “A part of the western Siberian formation, about one million square kilometers of permafrost, recently began to melt into a muddy and shallow lake covered with broken terrain. … The permafrost region is the world’s largest mud coal field. This piece of coalfield has been [producing] methane since the end of the ice age eleven thousand years ago [which has] accumulated in the form of [a] crystal compound.”[6] Soong also notes that the U.S. National Science Foundation estimates that the East Siberian Artic Shelf generates as much methane as the rest of the world’s oceans combined. The only way to counter this release (and the vicious warming cycle it fosters) is to address other areas contributing to climate change.

One of those areas is animal husbandry. Borunda explains, “Cows and other grazing animals get a lot of attention for their methane-producing belches and releases. Such grazers host microbes in their stomachs, gut-filling hitchhikers that help them break down and absorb the nutrients from tough grasses. Those microbes produce methane as their waste, which wafts out of both ends of cows. The manure that cattle and other grazers produce is also a site for microbes to do their business, producing even more methane. There are 1.4 billion cattle in the world, and that number is growing as demand for beef and dairy increases; together with other grazing animals, they contribute about 40 percent of the annual methane budget.” Feed is one way scientists hope to reduce methane emissions from animals. Earlier this year, a team co-led by UC Davis animal scientist Ermias Kebreab published research showing that adding seaweed additives to animal could achieve a gas reduction of up to 82 percent.[7] Unfortunately, that approach would have limited effect because grazing animals spend most of their time in fields eating grass and not in feedlots where seaweed-supplemented feed could be provided.

But what about humans? Clearly, human activities such as oil drilling, manufacturing, farming, and so forth contribute to the methane problem — but so do our guts. Food journalist Oliver Morrison (@OPWMorrison) explains, “We all know plant-based foods increase our wind. But with the take up of this kind of diet seen as one of the best ways for individuals to combat climate change, could these gasses potentially bode badly for the atmosphere?”[8] He cites a study published by researchers from the Liver and Digestive Diseases Networking Biomedical Research Center that found, “Men who follow a plant-based diet fart more, and have larger stools than men following a standard Western diet. The results revealed that those following a plant-based diet farted seven times more per day and had stools twice the size of those following a Western diet on average.” Which brings us to Oktoberfest.

Annual Oktoberfest celebrations can also cause a spike in human-produced methane production. Journalist Brigit Katz (@brigitkatz) explains, “As Kai Kupferschmidt reports for Science, a [2018] study found that Oktoberfest releases considerable amounts of methane gas into the atmosphere.”[9] For the study, scientists took air samples near partying Octoberfesters in Munich. “Taking into account wind speed and direction,” Katz reports, “they estimated that 1,500 kilograms (3,306 pounds) of methane were emitted during the 16-day party.” Since Oktoberfest celebrations take place around the world, it all adds up. Don’t be too concerned, however. Morrison observes, “It’s likely that the amount of gas created by human farts is ultimately trivial.” In the case of Oktoberfest, Katz reports our guts may not be responsible for the majority of celebration-produced methane. She explains, “The major culprit was likely incomplete combustion in natural gas-powered cooking and heating appliances. (And in case you were wondering, the digestive byproducts of too much beer and greasy food — burps and flatulence, in other words — were probably not responsible for a significant portion of Oktoberfest’s methane output.)” Nevertheless, Borunda warns, “The effects aren’t just hypothetical: Since the Industrial Revolution, methane concentrations in the atmosphere have more than doubled, and about 20 percent of the warming the planet has experienced can be attributed to the gas.”

According to environmentalist Barry Rabe (@BarryRabe), “In theory, methane should be easy pickings for serious mitigation policy. This greenhouse gas has considerable commercial value if captured and used as an energy source, and a growing range of technologies are available to measure and minimize methane loss. The methane challenge remains largely political.”[10] Tabuchi notes the U.N. report “singles out the fossil fuel industry as holding the greatest potential to cut its methane emissions at little or no cost.” Environment correspondent Fiona Harvey (@fionaharvey) reports, “Gas can be extracted from conventional drilling using modern techniques that all but eliminate ‘fugitive’ or accidental methane emissions. But while countries such as Qatar take care over methane, Russia, which is a party to the 2015 Paris climate agreement but has made little effort to cut its emissions, has some of the leakiest infrastructure. … Reducing methane emissions can save money. The UN’s assessment found that about half of the reductions in methane needed could be achieved with a quick payback.”[11]

Researchers from the Stockholm Environmental Institute (SEI), conclude, “Reducing human-caused methane emissions is one of the most cost-effective strategies to rapidly reduce the rate of warming and contribute significantly to global efforts to limit temperature rise to 1.5oC. Implementing already known methane reduction measures in the fossil fuel, waste and agriculture sectors are cost-effective and can be implemented quickly. Implementing existing measures in these sectors would reduce methane emissions by 120 million tons per year, making up nearly 70% of the total 180 million tons per year reduction required by 2030, to avoid 0.3oC warming by 2045.”[12] 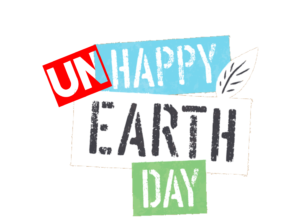