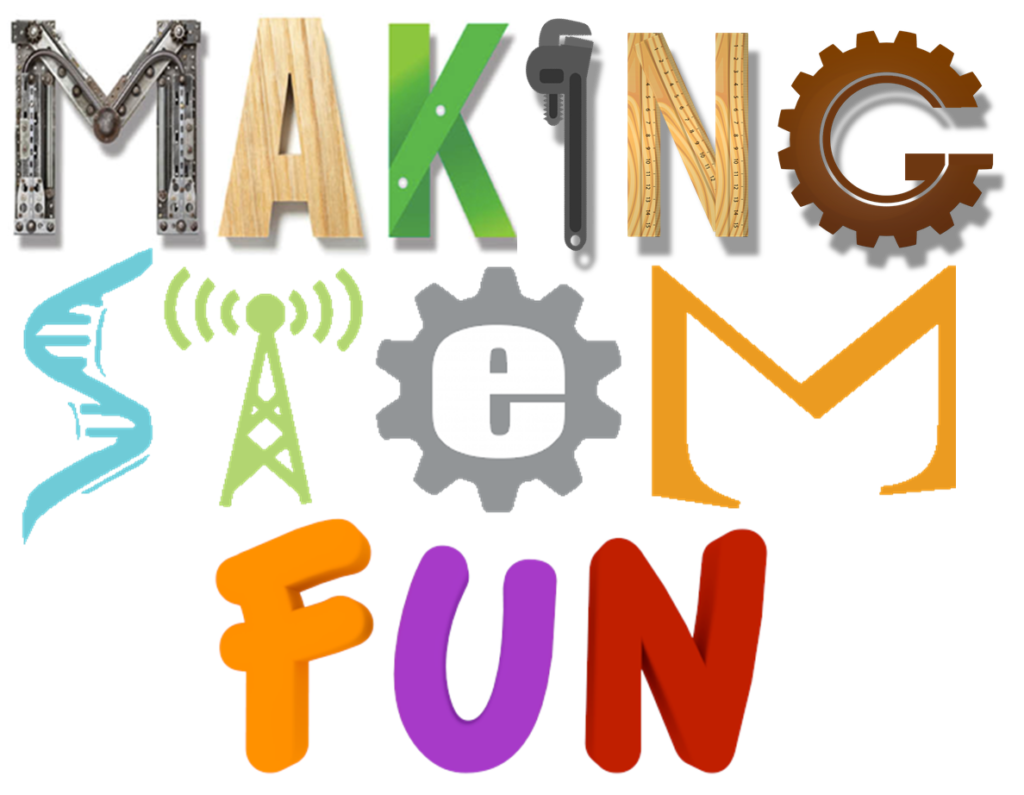 Kids are naturally curious. One mother I heard about found her three-year-old daughter pulling off all of the key pads on her laptop. When confronted with her deed, the little girl told her mother, “You shouldn’t have left your laptop lying around.” Undeterred by her mother’s dismay, the following day the child asked her mother where she could find her laptop. Clearly, she felt her curiosity was nothing about which to be ashamed. I agree; however, we need to learn to channel that kind of curiosity. Administrators from Colorado Springs School District 11 ask, “Does your student love learning how things work? Is he all about dinosaurs, space or computers? Or perhaps she’s a math wizard with a passion for numbers? If so, you should consider enrolling your child in a STEM program.”[1] STEM, of course, is the acronym for science, technology, engineering, and mathematics. Those aren’t subjects traditionally associated with fun and that’s a shame. If our children can discover fun in learning STEM subjects, the Colorado Springs educators suggest there are “3 incredible benefits of STEM-focused education programs.” They are:

In addition to STEM-related classes and clubs, parents and teachers should consider getting their students involved in the “maker movement.” Louise Stewart predicts, “Ten years from now, primary and secondary education may look more like a scene from Tim Allen’s workshop in The Santa Clause than Ben Stein’s economics class in Ferris Bueller’s Day Off. In some schools, like San Diego’s High Tech High, it already does.”[2] Mark Keierleber (@mkeierleber) adds, “In the last few years, the ‘maker movement’ has become a marvel in American schools through Maker Faires featuring homemade robots to after-school programs that teach kids to code — to entire schools geared around the art of tinkering.”[3] He continues:

“Maker-centered education, so the narrative often goes, could have profound benefits for students hoping to find work in a STEM-related job. Even President Obama has touted the economic benefits the maker movement could have on efforts to reinvigorate American manufacturing. But for teachers who use making in their classrooms, the movement is about something much bigger — something that enhances educational experiences for all kids. They argue this learning-by-doing approach is an effective way to teach students how to develop character and purpose.”

I’m a proponent of the learning-by-doing approach. That’s why I, along with a few colleagues, founded The Project for STEM Competitiveness. The organization assists in getting a project-based, problem-solving approach into schools near where we live. I believe applied learning develops greater understanding in students. The fact that it may also build character and promote purpose is an added benefit. Shari Tishman, the lead investigator at Agency by Design, a research initiative at the Harvard Graduate School of Education’s Project Zero, told Keierleber, “[Developing character] is one of the most important outcomes a maker educator sees. Learning how to make things, being involved in maker-centered education, helps young people develop a sense of agency in the world, a sense that they can change the world.” Debbie Chachra (@debcha), an associate professor at Olin College of Engineering, worries, however, about the culture — and values behind it — that “rewards making above everything else.”[4] She explains:

“A quote often attributed to Gloria Steinem says: ‘We’ve begun to raise daughters more like sons… but few have the courage to raise our sons more like our daughters.’ Maker culture, with its goal to get everyone access to the traditionally male domain of making, has focused on the first. But its success means that it further devalues the traditionally female domain of caregiving, by continuing to enforce the idea that only making things is valuable. Rather, I want to see us recognize the work of the educators, those that analyze and characterize and critique, everyone who fixes things, all the other people who do valuable work with and for others — above all, the caregivers — whose work isn’t about something you can put in a box and sell.”

As an engineering professor, Chachra clearly appreciates the value of a STEM education; but, she appreciates human character even more. She makes a valid point; but, her real point is that anything taken to the extreme — including the maker movement — rarely produces the best results. But I’m not arguing for the extremes or trying to devalue the benefits of the arts or humanities. I’m simply trying to ensure that our children learn how to think critically, solve problems and have a little fun in the process. Dr. Vince M. Bertram (@vincebertram), President and CEO of Project Lead The Way, makes the point that skills learned from STEM subjects are applicable to most careers.[5] He writes:

“The early 20th-century German-language writer Franz Kafka once observed: ‘Better to have, and not need, than to need, and not have.’ In today’s high-tech economy and workforce, Kafka’s statement could well be said of a STEM education. Even occupations not ordinarily thought of as requiring a background in science, technology, engineering and math — and the kind of problem-solving, critical-thinking and teamwork-oriented skills inherent in it — are increasingly in need of them.”

By learning those skills in an applied learning environment, students are much more likely to be able to apply them to any problem solving situation in which they may find themselves — even as caregivers. The arguments about whether STEM should become STEAM (by including an “A” for arts) are likely to continue unabated in the years ahead. The maker movement, however, involves STEM subjects, design, and aesthetics in such a way that the argument becomes moot. STEM skills, taught in an applied way — like the maker movement — can spice up education with a little fun and there’s nothing wrong with that.