One of the challenges of the information age is moving forward while accommodating legacy systems. Legacy systems linger for a number of reasons, including the cost of replacing them. Steve Lohr, writing for the New York Times, discusses why many “old technologies” remain resilient long after their predicted demise [“Why Old Technologies Are Still Kicking,” 23 March 2008].

“In 1991, Stewart Alsop, the editor of InfoWorld and a thoughtful observer of industry trends, predicted that the last mainframe computer would be unplugged by 1996. Last month, I.B.M. introduced the latest version of its mainframe, the aged yet remarkably resilient warhorse of computing. Today, mainframe sales are a tiny fraction of the personal computer market. But with the mainframe facing extinction, I.B.M. retooled the technology, cut prices and revamped its strategy. A result is that mainframe technology — hardware, software and services — remains a large and lucrative business for I.B.M., and mainframes are still the back-office engines behind the world’s financial markets and much of global commerce. The mainframe stands as a telling case in the larger story of survivor technologies and markets. The demise of the old technology is confidently predicted, and indeed it may lose ground to the insurgent, as mainframes did to the personal computer. But the old technology or business often finds a sustainable, profitable life.”

I’m interested in resilience — mostly how to become more resilient to future changes. No look forward look, however, is complete without looking at what has proven to be resilient in the past. Lohr provides a few examples.

“Television, for example, was supposed to kill radio, and movies, for that matter. Cars, trucks and planes spelled the death of railways. A current death-knell forecast is that the Web will kill print media.”

As a reporter in the print media, Lohr, of course, is betting on the fact that newspapers will remain a resilient part of the future landscape. He goes on to ask the big question: “What are the common traits of survivor technologies?” His multi-part answer to that question is interesting, if incomplete.

“First, it seems, there is a core technology requirement: there must be some enduring advantage in the old technology that is not entirely supplanted by the new. But beyond that, it is the business decisions that matter most: investing to retool the traditional technology, adopting a new business model and nurturing a support network of loyal customers, industry partners and skilled workers. The unfulfilled predictions of demise, experts say, tend to overestimate the importance of pure technical innovation and underestimate the role of business judgment. ‘The rise and fall of technologies is mainly about business and not technological determinism,’ said Richard S. Tedlow, a business historian at the Harvard Business School.”

Part of that business case, as mentioned above, is that replacement costs of some legacy systems are enormous. That challenge must weighed against the fact that maintaining legacy systems is getting harder because many of them use old languages that are no longer taught in many institutions of higher learning [see my post Legacy Systems & Service Oriented Architecture]. My company, Enterra Solutions®, is focused on how to bind legacy systems to a service-oriented architecture so that data they contain can be accessed and used by automated rules and business processes. The ability to adapt (like methods used to bind legacy systems to more modern architectures) is necessary if old technologies are to survive.

“To survive, technologies must evolve, much as animal species do in nature. Indeed, John Steele Gordon, a business historian and author, observes that there are striking similarities in the evolutionary process of markets and biological ecosystems. Dinosaurs, he notes, may be long gone, victims of a change in climate that better suited mammals. But smaller reptiles evolved and survived, and today there are more than 8,000 species of reptiles, mainly lizards and snakes, compared with about 5,400 species of mammals. As a media technology, radio is an evolutionary survivor. Its time as the entertainment hub of American households in the 1930s and ’40s, captured in the Woody Allen film ‘Radio Days,’ gave way to the rise of television. TV replaced radio as the box families gathered around in their living rooms. Instead, radio adopted shorter programming formats and became the background music and chat while people ride in cars or do other things at home — ‘audio wallpaper,’ as Paul Saffo, a technology forecaster in Silicon Valley, puts it. While television did pose a threat to movies, it also served as a prod to innovation, including failures like Smell-O-Vision but also wide-screen, rich-color technologies like Cinerama and CinemaScope. The idea — and a good one — was to give viewers a more vivid, immersive experience than they could possibly have with television. Today movies, like other traditional media, face the digital challenge of the Internet. And Mr. Saffo is betting that after a period of adjustment and experimentation, they will make another life-prolonging adaptation. ‘Technologies want to survive, and they reinvent themselves to go on,’ he said.”

“The survivors also build on their own technical foundations as well as the human legacy of people skilled in the use of a technology and the business culture and habits that surround it. And a change in the economic environment can sometimes lead to the renaissance of an older technology. Railroads, for example, have enjoyed a revival of investment recently as rising fuel costs and road congestion have prompted shippers to move from trucks to trains; some travelers, too, have opted for railways, along routes like the Boston-New York-Washington corridor. The weight of legacy is underestimated, according to John Staudenmaier, editor of the journal Technology and Culture, because innovation is so often portrayed as a bold break with the past. A few stories of technological achievement fit that mold, like the Manhattan Project, but they are rare indeed.”

Even the introduction of computers was not a clean break with the past. We all still type on QWERTY keyboards that ape typewriter keypads that were arranged to prevent typebars from jamming together. The QWERTY design was patented in 1874 by Christopher Sholes, a newspaper editor who lived in Milwaukee, and sold to Remington in the same year, when it first appeared in typewriters. The survival of the mainframe, however, goes beyond the inability to break human habits. Lohr asserts that it survived because IBM was able to “reinvent” the mainframe and offer it much more inexpensively to customers, who simply wanted a system that worked in a cost effective way. In the long run, things that work (and work well) are resilient because they are reliable and flexible. 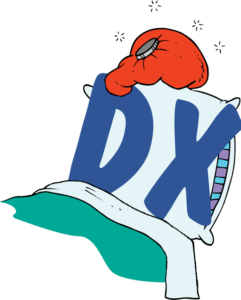 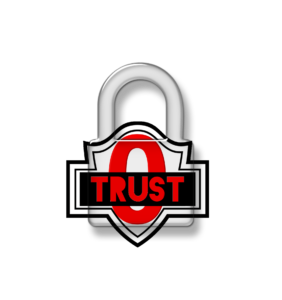