Home » Grocery » Grocery Shopping and the Art of War 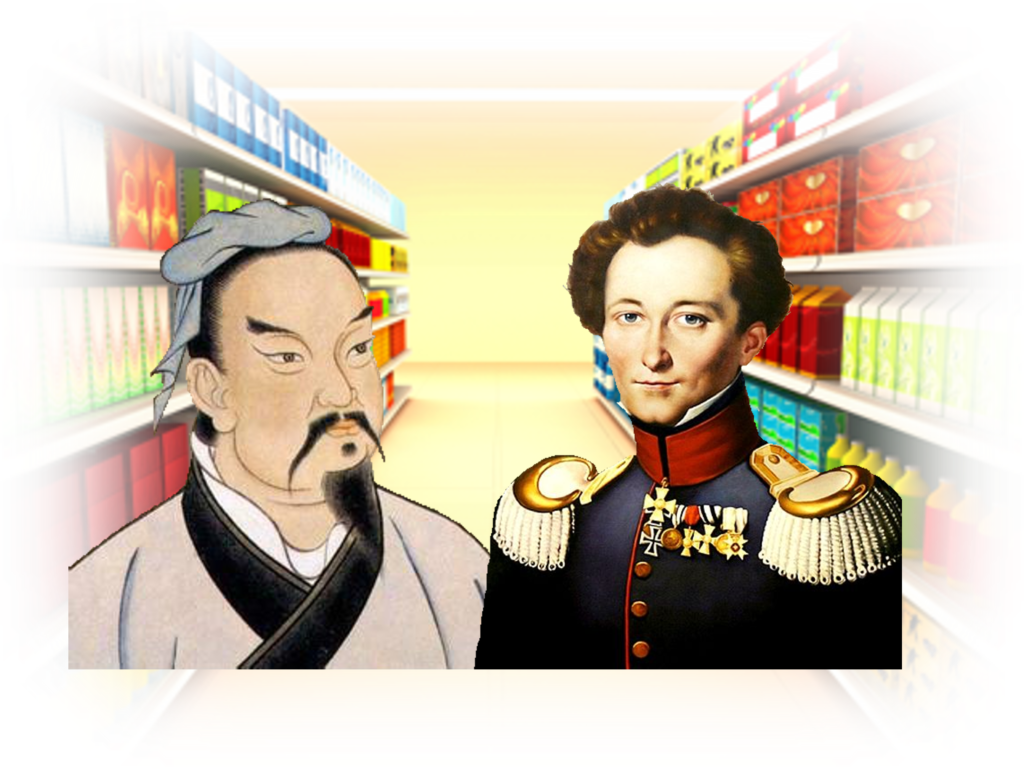 Grocery Shopping and the Art of War

What does shopping have in common with war? The short answer is that both soldiers and civilians need to eat and obtaining food requires careful planning — especially during times of shortages. In military circles, there is a well-known phrase that states, “An army travels on its stomach.” That truism is attributed by some to Frederick the Great and by others to Napoleon Bonaparte. Napoleon is also attributed with saying, “It is hunger that makes the world move.” We all have to eat and we should be strategic in how we obtain our rations. Current supply chain snarls have resulted in spotty shortages and hoarding that means careful planning is the order of the day. Last October, Bloomberg reported, “In Denver, public-school children are facing shortages of milk. In Chicago, a local market is running short of canned goods and boxed items. But there’s plenty of food. There just isn’t always enough processing and transportation capacity to meet rising demand as the economy revs up. More than a year-and-a-half after the coronavirus pandemic upended daily life, the supply of basic goods at U.S. grocery stores and restaurants is once again falling victim to intermittent shortages and delays.”[1]

Shortages and rising prices have some shoppers stocking up (aka hoarding) on necessities and shelf-stable products. Unfortunately, this strategy only increases inflationary pressures and product shortages. So, what should consumers do? In a tongue-in-cheek article, Sarah Sicard (@smsicard), a Senior Editor with Military Times, edited quotes from Carl von Clausewitz’s “On War” so they could be applied to grocery shopping.[2] I took a look at another brilliant military strategist’s thoughts — the Chinese General Sun Tzu — to see if his “Art of War” could add to the discussion.

Sicard’s imagination takes her to a local supermarket, where, with von Clausewitz by her side, he proffers advice as she walks the aisles. He tells her, “Many intelligence reports on obtaining foodstuffs are contradictory; even more are untrue, and most are illogical.” We all remember the toilet paper scare!

As they continue to walk, von Clausewitz senses Sicard doesn’t have a plan and remarks, “Anyone who falls into the habit of wandering aimless the aisles and still expecting to achieve the greatest meal-prep of all time is, for that reason alone, unsuited to command the task of grocery acquisition.” To encourage greater focus, von Clausewitz states, “The talent of the grocery strategist is to identify the most flavorful fare and to concentrate on it with unwavering fortitude, removing secondary distractions, such as free brownie samples and buy-one-get-one tortilla chips, and ignoring lesser objectives like staring aimlessly at seltzer flavors so inane they’ll leave you dizzy and drunk with indecision.”

Seeing that Sicard has taken his suggestion to heart, he remarks, “If we then ask what sort of person has the boldness and perseverance to display the qualities of food procurement specialist, experience and observation will both tell us that it is the overfull rather than the ravenous, the strategic rather than the frivolous approach, the calculated rather than the impulsive shopper, to which in snack collection we would choose to place our faith.” Heading at last towards the checkout stand, von Clausewitz concludes, “There are cases in which the greatest daring is the greatest reward: a full cart.”

One can imagine a similar trip to the supermarket with Sun Tzu. As we enter the store, Sun remarks, “He will win who knows when to shop and when not to shop.” He adds, “Victorious shoppers eat first and then go to the store, while defeated shoppers go to store first and then eat afterwards.”

Grabbing a cart and heading down the first aisle, Sun spots an ongoing sale. Grabbing a few of the sale items, he remarks, “Quickness is the essence of shopping.” He also notes, “Who wishes to shop must first count the cost.” Budgets are always a good thing to follow. Sun believes good planning makes for easy shopping. He notes, “What the ancients called a clever shopper is one who not only shops, but excels in shopping with ease.”

Getting serious, he turns and says, “The art of grocery shopping is of vital importance to the home. It is a matter of life and death, a road either to safety or to ruin. Hence it is a subject of inquiry which can on no account be neglected.” He adds, “One mark of a great shopper is that they shop on their own terms or shop not at all.” Heading down the snack aisle, he remarks, “If the mind is willing, the flesh could go on and on without many things.”

Confronted by numerous similar products, Sun says, “Ponder and deliberate before you make a move.” Pondering and deliberating, however, can only go on for so long. Sun, it turns out, is not a patient man. Having traversed all the aisles, he states, “There is no instance of a person benefiting from prolonged shopping.” With that sage advice, we head for the checkout stand where Sun offers his last bit of advice, “Who does not know the evils of shopping cannot appreciate its benefits.”

All satire aside, grocery shoppers need to be very strategic in the months ahead. Grocers can help them get through the tough times. Grant Steadman (@grantsteadman), President for North America at dunnhumby, observes, “Consumers are now twice as concerned about their personal finances as they are about Covid itself. With inflation persisting and government stimulus’ phased out, the majority of shoppers are now looking for greater value. Retailers who are perceived as offering more value and respond to their customers’ increasing need for this, will earn the loyalty of the new customers they gained during the early phases of the pandemic.”[3] As I noted in a previous article, there are a number of things consumers can do for themselves including: make a shopping list, join a loyalty program, use coupons, pay with cash-back credit cards, and shop alone (sorry Carl and Tzu).[4] 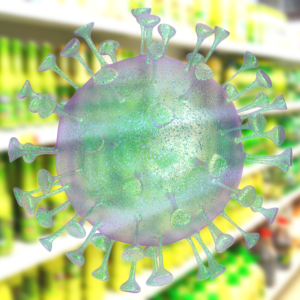 We all must eat to survive. As a result, there are few relationships more important for the well-being of modern humans than the one between