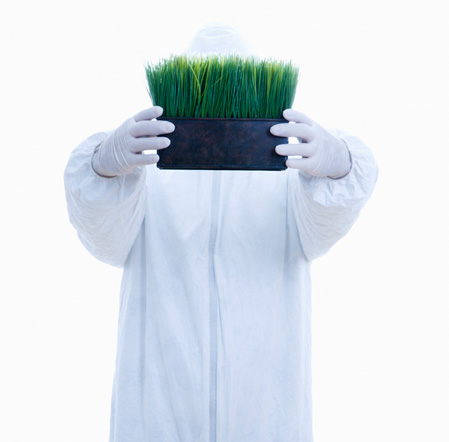 Most people know the global population continues to rise. Predictions that the world will reach peak population mid-century and then start to decline have been abandoned. The latest predictions state the world’s population will be over 9 billion by 2050 and over 11 billion by the next century.[1] The amount of arable land on which crops can be grown to feed the burgeoning population is finite; which means crop yields must increase to meet the need. Scientists have been promising that genetically modified organisms (GMOs) would help achieve this objective as well as make the agricultural sector more environmentally friendly. Danny Hakim (@dannyhakim) reports, however, “Using independent data as well as academic and industry research, shows how the technology has fallen short of the promise.”[2] These results raise concerns about global food security in the years ahead.

The Safety of GMOs

Hakim notes, “The controversy over genetically modified crops has long focused on largely unsubstantiated fears that they are unsafe to eat.” Scientists indicate these fears are unsubstantiated because thousands of studies have shown GMO crops are safe for consumption. Jon Entine (@JonEntine), a Senior Fellow at the Center for Health & Risk Communication and the Statistical Assessment Service (STATS) at George Mason University, writes, “Although there have been more than 2,000 studies documenting that biotechnology does not pose an unusual threat to human health and genetically modified foods are as safe or safer than conventional or organic foods, questions remain in the minds of many consumers.”[3] It appears, however, the majority of consumers aren’t much interested in science. Polls continue to show the public has concerns about GMOs in the global food supply chain.

As I wrote in a previous post, “It’s easy to understand why people get concerned whenever scientists start messing around with nature. We’ve been bombarded with fictional literature and movies that show how scientists tinkering with nature cause great harm and put the public at risk. That concern is at the very heart of stories like ‘Frankenstein’ and ‘The Island of Doctor Moreau.’ Nevertheless, the fears about GMO are unfounded and names like Frankenfood are used to scare the public in the absence of hard facts.”[4] Even though the debate over the safety of GMOs should have ended, it hasn’t. Safety concerns are likely dominate the discussion in the years ahead.

The Value of Science in Agriculture

The greater concern should be whether science can indeed help the world feed its growing population. The studies Hakim used to write his article compared crop yields in the United States and Canada (countries that have embraced GMO crops) with crop yields in advanced European states that have rejected GMO crops. He reports:

“An analysis by The Times using United Nations data showed that the United States and Canada have gained no discernible advantage in yields — food per acre — when measured against Western Europe, a region with comparably modernized agricultural producers like France and Germany. Also, a recent National Academy of Sciences report found that ‘there was little evidence’ that the introduction of genetically modified crops in the United States had led to yield gains beyond those seen in conventional crops. At the same time, herbicide use has increased in the United States, even as major crops like corn, soybeans and cotton have been converted to modified varieties. And the United States has fallen behind Europe’s biggest producer, France, in reducing the overall use of pesticides, which includes both herbicides and insecticides.”

That’s a concern. Ken Strandberg reports, “Research from the University of Minnesota indicates that maize, rice, wheat and soybean crop yields are not on track to meet the food demand of the world’s population in 2050, and many experts agree that, rather than turning more rain forests into farmland, agriculture must instead focus on increasing crop yields.”[5] If there is any good news, Hakim reports GMO crops have fared better in increasing crop yields in developing countries than they have in developed countries. At least that is the conclusion of Matin Qaim, a researcher at Georg-August-University of Göttingen, Germany. His work, which includes a meta-analysis of studies that he helped write, found significant yield gains from genetically modified crops; but Hakim reports, “In an interview and emails, Dr. Qaim said he saw significant effects mostly from insect-resistant varieties in the developing world, particularly in India.”

Admittedly, results of the studies cited by Hakim are disappointing; but, that doesn’t mean science has nothing to offer in the area of food security. Dr. John S. I. Ingram, a scientist in the Environmental Change Institute at University of Oxford, and Professor John R. Porter. from the Copenhagen Plant Science Center at the University of Copenhagen, assert, “Increased demand for food, driven by population growth and dietary change, along with the degradation of natural resources and climate change, render the challenge of achieving food security for all substantial.”[6] They go on to point out:

“Plant science clearly has a role to play in the food security agenda on the supply side of the equation by enhancing crop nutrient content and productivity. Most progress is likely to be made if the gap between plant and crop physiology is more strongly bridged, and the tools and concepts available at the field level are utilized. But to be most effective this approach needs to be better integrated with the social, environmental, economic and political factors that also influence the food system.”

The bottom line is that all stakeholders (farmers, scientists, supply chain professionals, retailers, and consumers) have a role to play in ensuring food security.

Big Data and the Future of Global Food Security

Scientists from the University of Reading assert big data analytics could play a significant role in helping ensure future global food security. “Farmers’ profits, rural biodiversity, and consumer choice,” they write, “could all improve significantly by sharing data about the food system.”[7] They call their efforts “Agrimetrics.” They explain, “Agrimetrics will use data from across the entire food system — including government, supermarkets, farmers, consumers and elsewhere — to provide significant improvements to food markets. This would help iron out uncertainty, ensuring Britain and the world has a secure supply of available and affordable food, while reducing financial and environmental costs.” Big data analytics also play a significant role in precision agriculture, which scientists hope will help increase crop yields and make agriculture more profitable for farmers. Professor Richard Tiffin, University of Reading, Scientific Director of Agrimetrics, added: “Today’s food and farming sector faces unprecedented challenges. A billion people worldwide are obese, while another billion go to bed hungry. Dairy farmers are paid less for their milk than it costs to produce it. Long-term sustainability is sacrificed for short-term profit. The food system has become so complex it is beginning to resemble the world of finance, yet the stakes are even higher — when the food system crashes, people starve. Markets always work better with more information. That’s the role we aim to play in the food system.”

The global food security challenge will not be easy to meet. Science, analytics, and technology all have important roles to play in helping achieve food security. The lesson we should learn from the studies cited by Hakim is that we shouldn’t overly optimistic about what science alone can achieve.