Home » digital enterprise » The Digital Enterprise and Beyond 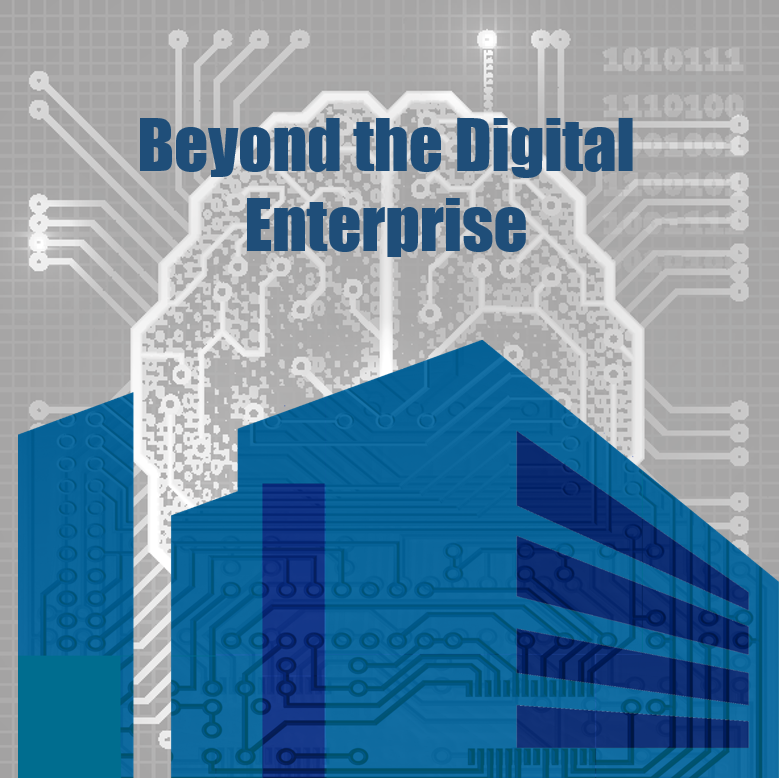 The Digital Enterprise and Beyond

“In today’s economy,” writes IBM CEO Ginni Rometty (@GinniRometty), “we are seeing companies, business models, products, and processes undergoing major transformation. Enterprises and governments are rapidly ‘becoming digital’ as they seek to capture the cost savings, agility, and collaboration enabled by cloud, analytics, mobile, and social technologies. However, digital is not the destination. Rather, it is laying the foundation for a much more profound transformation to come. Within five years, I believe all major business decisions will be enhanced by cognitive technologies.”[1] As President and CEO of a cognitive computing firm, it comes as no surprise that I agree with Rometty — although her 5-year timeline for transforming beyond the digital enterprise might be a bit optimistic. Kevin Benedict (@krbenedict), a Senior Analyst at Center for the Future of Work, believes we are only in the beginning stages of the transformation process. “When digital laggards finally recognize the degree of market disruption caused by the rapid adoption of digital technologies,” he writes, “they will be faced with not one, but three ages of digital transformation to navigate and survive.”[2]

If Benedict is correct — and companies truly face “three ages of digital transformation” — then five years might be an unrealistically short timeline to complete the transformation from industrial age enterprise to digital enterprise to cognitive enterprise. But even Benedict believes the next five years are critical. He asserts the first age of digital transformation is ending and the second age — the age of hyper-transformation — is beginning. “The Age of Hyper-Transformation transpires over the years 2016 through 2020,” he writes. “During this age the gap between digital laggards and leaders quickly widens into a chasm nearly impossible to leap.” In other words, if digital transformation is only a touchpoint on the road to the cognitive enterprise, companies need to start traveling that road immediately and press the accelerator once they begin. If you are wondering what constitutes Benedict’s third age of transformation, he calls it the Age of Ubiquitous Transformation. “The Age of Ubiquitous Transformation,” he writes, “completes the series covering the years 2020-2025. The rate of accelerating business impact slows as digital technologies mature, business adoptions widen and become ubiquitous, and the new digital normal arrives.” That’s where he and Rometty disagree. The “new normal” for Rometty is not digital it is cognitive.

The belief that cognitive enterprises are the eventual endgame in the business world is an opinion held by more than executives heading cognitive computing firms. For example, Kevin Kelly (@kevin2kelly), founding Executive Editor of Wired magazine, has tweeted, “In the very near future you will cognify everything in your life that is already electrified.” Deloitte analysts note, “Cognitive technologies can enable computers to complete tasks that usually require a human’s cognitive or perceptual skills. That is why cognitive technologies are making inroads in business, complementing and in some cases replacing human intelligence.”[3] They go on to report, “Of the 100 largest enterprise software companies in 2015, 64 were integrating cognitive capabilities into their product offerings. That number is expected to rise to 80 in 2016.” Kevin L. Jackson asserts that cognitive computing is one of the most important trends of the digital era. He writes, “Coined as ‘Cognitive Business’ this trend can deliver quantum level improvement to just about any industry vertical.”[4]

Whether you believe the timeline for companies to transform into cognitive enterprises is five years or ten years, companies yet to begin that transformation could, as Benedict asserted, find themselves at a competitive disadvantage in the years ahead. Rometty asserts three things have combined to make the Cognitive Computing Era an imperative. One of those things is big data. “The abundance of data being generated throughout the world today,” she writes, “requires cognitive technology. Much of this data is ‘unstructured’: video, audio, sensor outputs, and everything we encode in language, from medical journals to tweets. However, such unstructured data are ‘dark’ to traditional computer systems. Computers can capture, move, and store the data, but they cannot understand what the data mean (which is why cognitive systems are so vital).” An abundance of data (aka Big Data) is a requirement for machine learning, which is another of the items to which Rometty points as fostering the Cognitive Computing Era.

“We need systems that learn,” Rometty writes. “Think of the challenges and issues we face today: predicting risk in financial markets, anticipating consumer behavior, ensuring public safety, managing traffic, optimizing global supply chains, personalizing medicine, treating chronic diseases, and preventing pandemics. The challenges today go beyond information overload. In many ways, we live in an era of cognitive overload, characterized by an exponential increase in the complexity of decision making.” Bain analysts, Michael C. Mankins and Lori Sherer (@lorisherer) note, decision making is one of the most important aspects of any business. “The best way to understand any company’s operations,” they write, “is to view them as a series of decisions.”[5] Proponents of cognitive computing, know cognitive technologies can do much more than assist decision makers. In fact, uses for cognitive computing technologies will only be limited by our imaginations. That’s why organizations need to continue their digital transformation efforts and become cognitive enterprises.

The final item on Rometty’s list of things advancing the Cognitive Computing Era is computing technology in general. She explains, “The technologies required for cognitive systems — not just AI, but a broad spectrum of capabilities that include natural language processing, human-computer interaction, deep learning, neural nets, and more — have made exponential advances in recent years.” One thing that Rometty didn’t mention that I believe also makes the transformation from a digital enterprise to a cognitive enterprise an imperative is the 24/7 global business environment. A cognitive computing system excels in the 24/7 environment of the modern business. It can make routine decisions, provide actionable insights, understand how policies in one area can adversely affect operations in another area, and provide a myriad of other opportunities for an enterprise to become smarter.

Steve Sammartino (@sammartino), an author and futurist, told Beverly Head (@BeverleyHead) that cognitive technologies will become even more important as the Internet of Things (IoT) matures. “Cognitive computing is like the brain and nervous system that sits on top of the internet of things,” he told her, “because everything with a power supply and a communications connection collects data from its surroundings and uploads it to the internet, where it can be interpreted by a cognitive platform.”[6] Rometty concludes, “Cognitive systems are not simply programmed. They actually improve with use, as they receive expert training, interact with clients and customers, and ingest data from their own experiences, successes, and failures.” Jackson adds, “Cognitive systems understand by interaction, reason by generating recommendations and hypotheses, and learn from human experts and data. Since they never stop learning they also never stop providing business value.” The bottom line is this: If companies are going to survive and thrive in the decades ahead, they must transform into digital enterprises and then go beyond that to become cognitive enterprises. 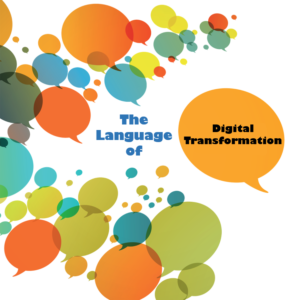 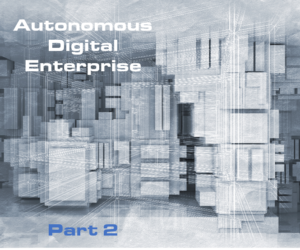 According to many business experts, the Digital Age requires organizations to transform into Digital Enterprises. Digital transformation, however, involves much more than simply buying the