Home » Best Practices » Big Data: Who Do You Trust? 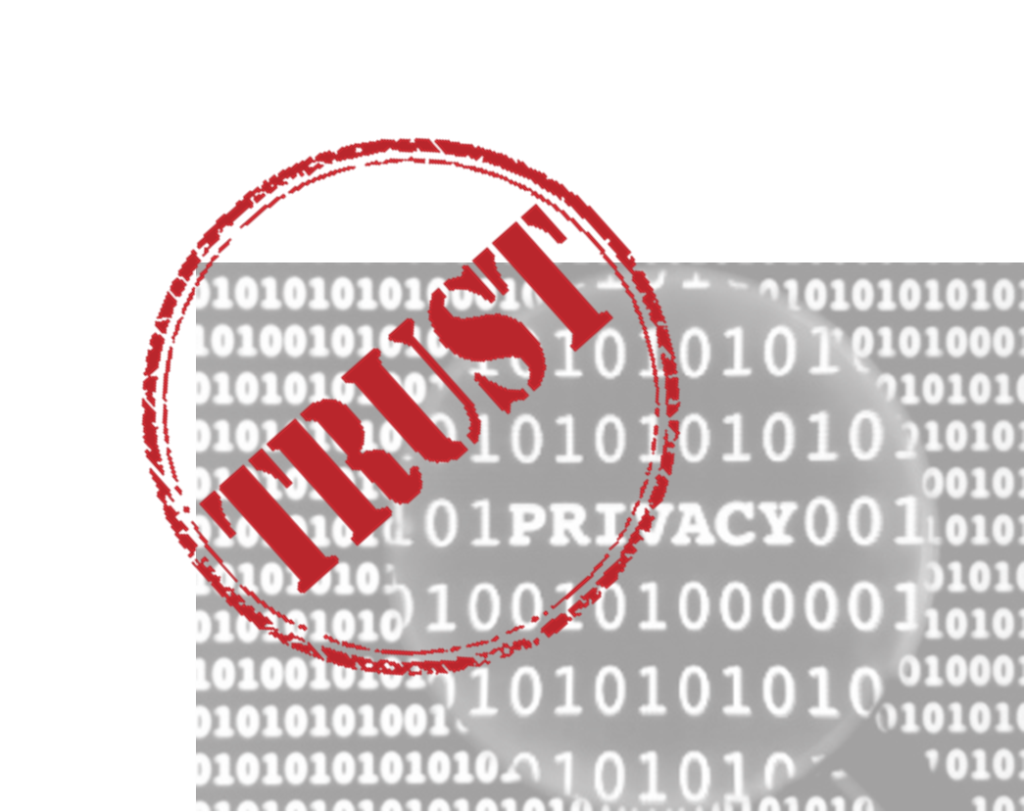 Big Data: Who Do You Trust?

The sine qua non for big data analytics is, of course, big data. That shouldn’t be a problem with the oceans of data that are being generated each day. There are, however, eddies of concern in those oceans and almost all of them involve either privacy or trust. Simon Uwins (@SimonUwins), a loyalty expert and former Chief Marketing Officer at Tesco, writes, “It’s tempting to think of customer data as the new oil.”[1] Data is valuable. Even the World Economic Forum now recognizes data as resource in the same category as oil and gold. Uwins, however, states, “Customer data isn’t a natural resource. It’s generated by people. And as our connectivity increases, so does our awareness of the data being collected and the erosion of our privacy. With customers increasingly seeking more control over the data they share and with whom, retailers will need to demonstrate to customers that they can be trusted with their data.” With data breaches being announced more frequently by major retailers, it’s little wonder that the issue of trust keeps being raised.

Laura Heller (@lfheller), Executive Editor of FierceRetailIT, reports, “Shopper distrust following a series of retail data breaches is high — three in 10 shoppers say they don’t trust retailers to protect personal and financial data against cyber criminals.”[2] Frankly, I’m surprised that the percentage of those who don’t trust retailers with their personal data isn’t higher. There may be a bit of denial going on. After all, if you want to shop nowadays, chances are that you are going to have to trust a retailer with personal data to some extent. We would all like to hope that retailers are doing everything possible to protect that data. The lack of trust in brick-and-mortar retailers is another reason that consumers are shopping more online. Heller reports that a study published by ACI Worldwide and Aite Group concludes, “Online shopping is actually more trusted than shopping in stores.” Heller concludes, “When it comes to dealing with data breaches and other fraud issues, honesty really is the best policy: 77 percent of shoppers said they are ‘very interested’ in being contacted about suspicious activity.”

Uwins asserts that the first step towards gaining (or regaining) consumer trust is letting them know that data security is a high priority. “With the recent spate of high profile data breaches,” he writes, “customers need to be reassured that you take the protection of their data seriously.” He then offers three practical recommendations for how retailers should deal with data collection and analysis:

Jacqueline Renfrow reports a survey conducted by Wearables.com and The Center for Generational Kinetics reveals that Uwins is on the mark when he suggests that consumers are looking to receive something in return for providing retailers with personal data. “A majority of U.S. shoppers, 60 percent,” Renfrow writes, “said they would be comfortable giving out personal information, anonymously, to their favorite stores in exchange for benefits and rewards. Another 56 percent would give out the same information to a product brand and 46 percent to a product app.” Admittedly, the term “anonymously” may have influenced survey results. I’m surprised that anyone still believes in anonymity. Zach Miners (@zachminers) reports, “More than 90 percent of Americans feel they’ve lost control over how their personal information is collected and used by companies, particularly for advertising purposes, according to the results of a survey by the Pew Research Center, published [12 November 2014]”.[3]  Miners continues:

“The survey, which polled 607 adults online, was the Washington, D.C.-based think tank’s first in a series to tackle Americans’ views toward privacy after the leaks around government surveillance made by Edward Snowden last year. The majority of respondents did indeed say that people should be concerned about whether the government is listening in on their phone calls, or viewing their online communications and other sensitive data. But beyond government surveillance, the findings also reflect people’s attitudes amid the increasing sophistication by which Internet companies leverage people’s data for advertising. ‘It’s a bundle of concerns,’ said Lee Rainie, one of Pew’s lead researchers on the project, in an interview. ‘It’s partly surveillance, it’s partly tracking, and this generalized sense that I’m losing control of my identity and my data,’ he said. The constant flood of stories related to data breaches, whether it’s at Target, Snapchat, or P.F. Chang’s, don’t help either.”

While most consumers like getting free services, special discounts, loyalty points, and so forth, they are still uneasy about how intrusive some big data processes can be. Retailers can make consumers feel better about providing data, Uwins insists, by making them understand you appreciate their concerns. “If you view customer data as a commodity,” he writes, “then it’s something to be extracted from customers and traded … and customers will be wary. But if you view access to customer data as a privilege, then it’s something to be earned and protected … and you’ll inspire more confidence among your customers.”

Retailers and marketers who rely on big data analytics to improve their advertising spend need to take Uwins’ remarks to heart. They might not be too concerned, however, about privacy concerns because there is a growing corpus of evidence that indicates shoppers, especially younger shoppers, don’t seem to mind sharing data. Hayley Tsukayama (@htsuka) asks, “Are you willing to give up privacy for convenience?”[4] Not surprisingly, she reports, “For most people, the answer is yes, according to a recent survey from Gigya.” But, as it turns out, that answer is really a qualified “yes.” The survey “found that users fear the worst when it comes to the privacy of their data but still are willing to put convenience above those concerns.” Jennifer Faull (@JenFaull) reports, “Nearly three-quarters (68 per cent) of 18-24 year olds have said they are unconcerned about how much data they share with brands, according to a new study by Webtrends.”[5] They might care more as they get older; but, by then, the horse will be out of the barn. They don’t, however, seem concerned. Faull reports, “Less than a quarter (23 per cent) of the same age group believe data sharing will be viewed negatively in the future.”

Retailers, marketers, and most consumers understand that data collection and analysis is important and can be beneficial. After all, most consumers like using free services that are funded through advertising. Since they are going to be bombarded with advertising, the content of the offers they are presented will be much more meaningful if they involve products and services known to be of interest to them. That is the philosophy behind and the objective of targeted marketing. But targeted marketing can only succeed if it is based on the right data. Ensuring that the right data is available requires that consumers have trust that retailers will treat their data as something to be earned and protected.