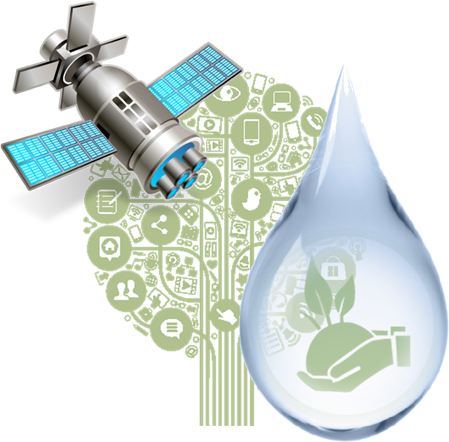 Everyone is aware of how significant California’s drought has become. If you are thinking, “Thank God I don’t live in California.” you can’t be faulted; however, if you think the drought there won’t affect you, think again. The sector that consumes the most water in California (80% of it) is agriculture. What that means is that you will be feeling California’s woes on your dinner table and in your pocketbook. Melody Gutierrez (@MelodyGutierrez) reports, “Agriculture has already taken a significant hit in the drought, with farmers’ water allotments reduced by state and federal agencies — a reduction that has forced farmers to fallow fields, pay higher prices for water and lay off thousands of workers. This year, California farmers who rely on water deliveries from the federal Central Valley Project have been told they will receive nothing due to the drought, while the State Water Project will deliver 20 percent of promised water.”[1] Unfortunately, things are only predicted to get worse.

California is not alone in facing water shortages for agricultural use. Places like Israel have been facing dry conditions for decades. Fortunately, there are things that farmers can do to reduce water usage and still maintain production. A comprehensive list of such practices and technologies has been assembled by Kay McDonald (@KayMcDonald_). She writes, “A leading concern facing the future of agricultural production is the availability of water. It is expected that climate change will cause more extreme climate events including droughts and floods and shifts in plant growing zones. As populations grow, more efficient use of water in growing food will be of key importance. Today, some 2.8 billion people live in water-scarce areas, but by 2030, it is expected that about half of the world’s population will live in water stressed areas.”[2] It should be noted that many of the methods discussed by McDonald are a better fit for small hold farmers than for large agribusinesses; but, eventually, every level of agriculture is going to be impelled to use water more wisely.

The best hope the world has for ensuring global food security lies in some of the research currently underway that relies heavily on big data analytics. What researchers are discovering will fundamentally change the way the agricultural sector works. Ilan Brat (@IlanBrat) and Jacob Bunge (@jacobbunge) report, “New technologies that promise to change how food is grown, transported and sold are attracting increased interest from the kinds of investors that have fueled Silicon Valley powerhouses.”[3] They continue:

“Driving the investments are a combination of cheap wireless technology, improved tools for collecting data and monitoring crops, and budding entrepreneurs looking to address new market demands and feed a growing global population. Increasingly health-conscious consumers also are scrutinizing what is in their food, pushing vendors to boost the transparency of their supply chains. … Farmers are starting to harness the kind of intricately detailed and up-to-the-minute data about production costs, speed and output that have become standard in many U.S. factories. Corn and soybean farmers in recent years started adopting such ‘precision agriculture’ techniques to make better-informed decisions, and it’s spreading throughout the sector.”

To learn more about precision agriculture, read my articles entitled “Precision Agriculture,” “High Tech Agriculture,” and “Big Data Analytics Could Produce Big Results in the Agricultural Sector.” Brat and Bunge go on to discuss other ways the face of agriculture is changing — like vertical and urban farming. They write:

“The amount of U.S. farmland isn’t growing, so entrepreneurs are starting to farm up. Indoor farms are popping up, arranging dense rows of leafy greens onto shelves layered atop each other in former warehouses and other buildings across the country. New ventures in so-called ‘protected agriculture’ include The Plant, FarmedHere LLC, and Green Spirit Farms LLC. They say they’re saving the need to transport leafy greens cross-country, which adds costs and reduces shelf life. ‘We’re trying to establish a legion of urban farmers,’ said Todd Dagres, general partner at Spark Capital. The venture-capital firm, which has invested in Web-publishing platform Tumblr and online glasses retailer Warby Parker, last December led a $3.7 million financing round in Boston-based Freight Farms Inc. Freight Farms’s repurposed shipping containers, packed with LED lights, sensors and hydroponic systems and producing lettuce and herbs, are appearing in vacant lots and alleys. The sealed containers can yield about 500 full heads of lettuce a week, year-round — even in Minnesota and Canada, where some of the 25 units sold so far by Freight Farms now operate. Co-founder and Chief Executive Brad McNamara said the units sell for $76,000 each and require no pesticides.”

They also discuss how technologies, like alternative foods (e.g., vegetable-based “meats”) and robots, could make a big impact in the future. To learn more about alternative foods, read my article entitled “Our Sense of Taste and the Future of Food Security.” On the robotic front, Brat and Bunge report, “Much of the picking on produce farms falls to humans. Harvest Automation Inc., whose founders included inventors of the Roomba automated vacuum, believes robots could help grow more berries and vegetables at a lower cost by outsourcing some of the work to self-guided machines a bit larger than a five-gallon bucket.” Rachael King (@sfwriter) reports that robots are likely to play an increasingly important role in agriculture. She cites an article from Mission Critical, which stated, “The main goals of all these robots are the same: increase crop yield and save money, resulting in higher profits. Various robots help make that possible by reducing the cost of manpower, seeds and fertilizer. They also can reduce the need for pesticides, limiting environmental damage while maintaining plant quality.”[4] King notes that robots can be used for tasks like milking and harvesting, but Tony Dreibus (@tdreibus) reports that technology is also helping farmers plant crops much faster than they could in the past.[5] Dreibus reports how one farmer used a tractor that “steered itself as he sat in the cab, scanning a computer screen showing corn seeds pumping into his soil. By the time his 16-hour work day was over, he’d planted 310 acres — the rough equivalent of 250 football fields. Such planting feats weren’t possible even a decade ago.” He continues:

“GPS not only lets farmers plant at night — helping them get the job done faster — but it also ensures they’re not sowing two seeds where only one is needed. Conversely, it prevents them from leaving narrow swaths of valuable land unseeded.”

Karl Plume (@k_plume) reports that new technology can help farmers understand their land “inch-by-inch” in an effort to increase crop yields. This “sensor-packed and GPS-guided equipment” can help farmers “to pinpoint the good soil” on their farms.[6] Data is also being used to help farmers know when (and when not) to plant certain crops. Helen Lark reminds us, “Farming has always been as much art as science: knowing what to plant and when is often intuitive for many farmers. However the vagaries of shifting weather patterns and climate change make this much more difficult and a crop destroyed by inclement weather or drought may cost small hold farmers and their families their livelihoods.”[7] She reports that The International Center for Tropical Agriculture (CIAT) is working with the Colombian Rice Growers Federation to develop a computer model that helps farmers decide when and what to grow. According to CIAT, “climate accounts for 30 – 40 percent of crop production variability in some parts of Colombia.” Similar models are being created by other groups for different parts of the world.

The common thread that runs through almost every one of the initiatives described above is big data analytics. Informed insights allow farmers to do more with less. It really doesn’t take seer to predict that the agricultural sector will look much different a score of years from now. Thanks to big data and technology there will be greater yields and less waste.