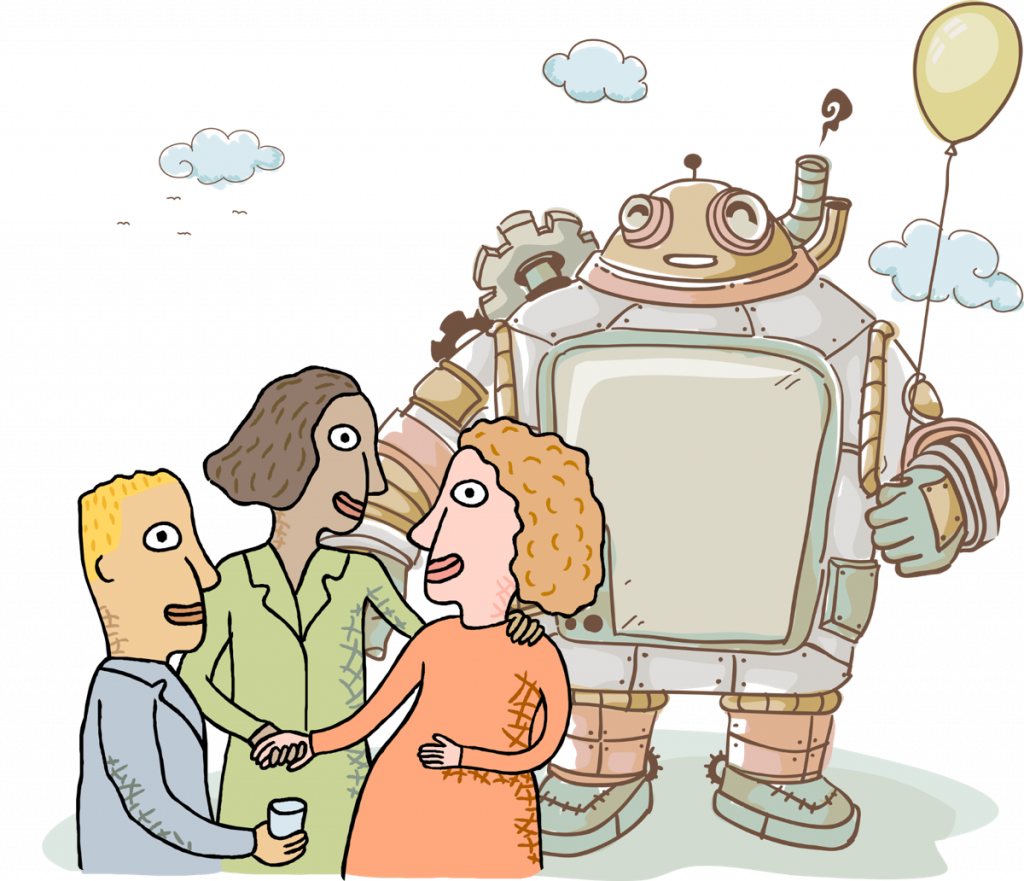 Artificial Intelligence and Your Employment Future

Artificial intelligence (AI) is coming for your job. At least that is the dire warning you often read or hear about in today’s media. More and more, however, analysts believe AI is more likely to be a collaborative co-worker than an outright replacement employee. While that may sound like good news, if you plan on working in the decades ahead, don’t become complacent. AI and robotics are poised to change the nature of many jobs and employees without the right skills are likely to be made redundant. Melanie Mason (@melmason) explains, “The rise of automation has sparked considerable angst among American workers. A 2017 Pew poll found that 72 percent of adults said they were worried about a future where robots and computers can perform human jobs. But there’s no consensus on what the future will look like. One 2013 study, … estimated that 47 percent of American jobs were at risk of being automated. A 2016 paper put that figure at only 9 percent. A study in 2017 posited that 23 percent to 44 percent of work hours in the United States will be automated by 2030 — particularly in jobs with a high degree of repetition such as machinists, office support and retail sales. But that study also said jobs would be added, especially among care providers such as surgeons, nurses, and construction workers.”[1]

Many analysts now believe AI and robotics are more likely to assume individual tasks than take over entire jobs (i.e., AI will become a co-worker in many work environments). Gwen Moran (@gwenmoran) explains, “Artificial intelligence and machine learning are increasingly powering workplace platforms and tools. The sophisticated automation tools have been widely promoted as relieving workers from tasks that are ‘dirty, dull, or dangerous,’ unleashing them to do higher-level work and create.”[2] Even though most analysts agree AI and robotics will become ubiquitous in the years ahead, leveraging technology, they explain, begins with addressing a business problem rather than trying to eliminate workers. Moran suggests the first step towards leveraging AI is to “collect data on the business problem, then educate business leaders about what you’re trying to solve.” The she writes, “Identify the specific tasks that AI can improve and what you hope the tool or platform will achieve in terms of productivity, efficiency, accuracy, or other goals.”

“It’s encouraging,” writes business analyst Joe McKendrick (@joemckendrick), “that the companies that are taking an early lead with artificial intelligence don’t see it as just labor-saving technology — rather, they see it as a way to grow, to better serve customers and provide a superior experience.”[3] McKendrick believes AI will help grow a business’ bottom line without necessarily putting masses of people out of work. That doesn’t mean there won’t be pushback trying to introduce AI into a business setting. James L. McQuivey (@jmcquivey), a vice president and principal analyst at Forrester Research, notes, “The world is about to get exponentially more intelligent. Our stuff will be intelligent, and the software that connects us to our stuff will be more intelligent. Paired with automation and robotics, that stuff will increasingly act on its own accord based on what it believes we want it to do. That intelligence will interrogate us, inform us, and enable us to grow … unless we aren’t human enough to let it.”[4] He adds, “The day of the machine will make us even more human than we are currently. But my sunny outlook is only possible if we are human enough to seize the opportunity.”

When it comes to seizing the opportunities presented by AI, robotics, and automation, McQuivey notes, “Unfortunately, not all of us are ready. Some of us are going to fear the day of the machines. … The causes of that resistance are manyfold.” Centuries ago Niccolo Machiavelli, in his classic The Prince, wrote, “There is nothing more difficult to take in hand, more perilous to conduct, or more uncertain in its success, than to take the lead in the introduction of a new order of things, because the innovator has for enemies all those who have done well under the old conditions, and lukewarm defenders in those who may do well under the new.” For good or for ill, the advance of technology is unrelenting and those who try to resist are often tossed aside. Such an outcome is good for neither the business nor the employee.

Steven ZoBell (@StevenZoBell) chief technology officer at Workfront, observes, “People are the heart of your organization. No matter what’s on the table, you know your company can only thrive if you invest in your people.”[5] He goes on to note that a survey conducted by his company found 58 percent of employees “say they are so busy with day-to-day work, they simply do not have time to do more than what’s on their already long to-do list.” Companies should take advantage of those perceptions to explain how AI, robotics, and automation can relieve employees of some of their day-to-day tasks. According to ZoBell, the survey indicated workers are open to such explanations. He reports, “86 percent of U.S. workers believe that the rise of automation will help us think of work in new and innovative ways.” McQuivey agrees. He writes, “The technology, the intelligence, is ours to seize. As the intelligence rises, so will our ability to do the very human thing that lies at the root of our motivation: to meet customer needs, to help our fellow human beings, and to feel more human ourselves in the process.”

“In the race to digital dominance,” writes Marc Teerlink (@marcteerlink) global vice president at SAP Leonardo, “organizations are gaining competitive advantage by implementing artificial intelligence. While it’s easy to go down the rabbit hole of focusing on the technology above all else, organizations that lose sight of the importance of human creativity in the pursuit of technological advantage will ultimately fail.”[6] In the years ahead, the nature of work will undoubtedly change as employees get comfortable working alongside their smart machine co-workers. Today’s workers will likely have to get retrained and reskilled to meet the needs of intelligent enterprises, but they shouldn’t fear the future. McQuivey observes, “The new digital divide will not be between the haves and have-nots. It will be between those who choose to let the rising tide of intelligent machines elevate their humanity and those who resist that enhancing, enabling force.” The adoption of technology (or lack thereof) has often determined history’s winners and losers. The companies with the greatest chance of success will be those who blend human and smart machine skills into the fabric of their operations. If you’re an employee, you will have to choose whether to embrace or resist technology. If you want to remain part of the growing economy, resistance is futile. I guess the Borg got that right.