Home » Jobs Sustainability » Artificial Intelligence and the Future of Work 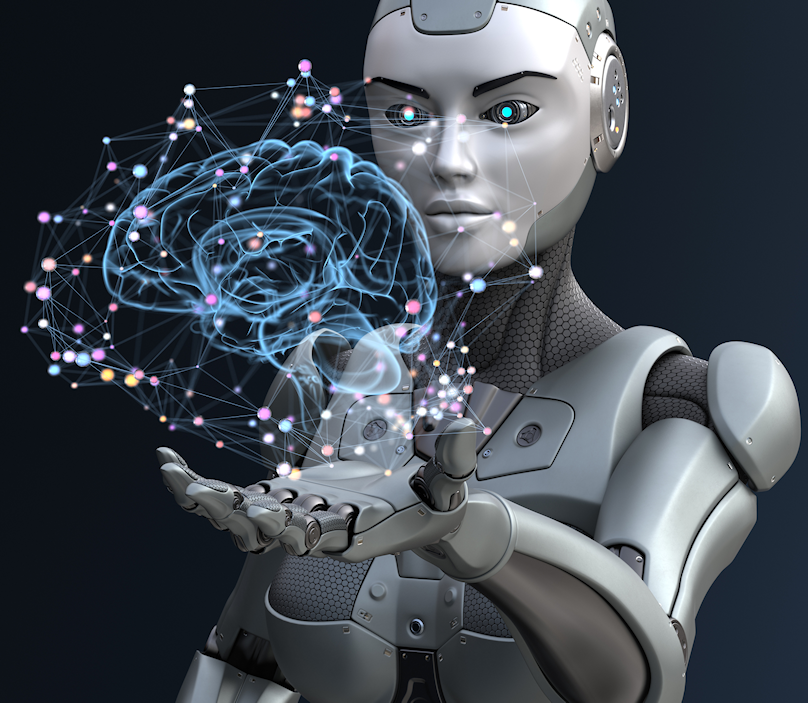 Over the past several years, there seems to have been a turning point concerning the rise of artificial intelligence and its impact on jobs. Back in 2017, Arjun Kharpal (@ArjunKharpal), CNBC’s senior technology correspondent, wrote, “The so-called ‘fourth industrial revolution’ was again a big topic [at the World Economic Forum’s annual gathering], but the rhetoric had moved on from the scary doomsday scenarios of [2016] to how AI and automation won’t be as bad as previously thought.”[1] At the same time, Kharpal cited Jonas Prising (@JonasPrising), chief executive of Manpower, who stated, “I’m not one for scare tactics but I think business leaders need to get more realistic about the future of jobs. We’ve seen machines and automation before. People retrained and new jobs were created. This is the same logic that chief executives are applying to the situation today. But there has never been anything with the power of AI.” On the other hand, Prising pointed out that a survey conducted by his company found, “82 per cent of employers expect to maintain or increase staff levels as a result of automation.” Kharpal’s 2017 article captured the mixed (and sometimes confusing) picture of how artificial intelligence is changing the workplace. His conclusion, “Tech leaders arguably need to be taking a leading role in the debate because it’s their technology that could be responsible for large-scale worker displacement. But the broader business community needs to step up to reality — the AI future will be unlike anything we’ve ever seen, and it’s now time to start thinking about how to realistically deal with that.”

The Impact of AI on Jobs

Over the years, some pundits have predicted a very dark future resulting from massive layoffs due to the rise of artificial intelligence. There is certainly cause for concern. Journalist Rebecca Stewart (@BereccaStewart) reports, “According to a World Economic Forum forecast, in a shift likely to worsen inequality, half of all work tasks will be handled by machines by 2025. A separate report from the Massachusetts Institute of Technology projects AI could replace as many as two million more workers in manufacturing alone by 2025. This shift, coupled with an economic downturn, is paving the way for fresh concerns from employees about how many jobs will be lost to automation, especially for those in the services, electronic and manufacturing industries. In the United States alone, a little over a quarter (27 per cent) of all workers say they are worried the job they have now will be eliminated within the next five years as a result of new technology, robots or AI.”[2] Despite these predictions, Stewart concludes, “The truth is artificial intelligence is changing jobs, not stealing them. … And, although ‘robophobia’ is on the up, there are several examples of how machine learning is already positively impacting employees across a host of industries.”

There seems to be a growing consensus that massive layoffs won’t be the end result of the rise of AI. The more likely future is one in which humans and machines collaborate in new and exciting ways. Scott Resch (@sresch24), Senior Content Strategist at Domo, observes, “Even in a world that is more reliant on speed and efficiency than ever before, automation has its limitations.”[3] Data expert Mike Bugembe (@MikeBugembe) told Resch, “For organizations to arrive at a place where they are getting the most out of what data and automation promises, they have to be able to fuse the best of what man and machine bring to the table. That’s where we’ll really get a massive benefit and a step-change in our ability to make the right decisions.” Bugembe’s assertion is not new. Back in 2017, journalist Kevin J. Ryan (@wheresKR) wrote, “There’s a big temptation for businesses to use artificial intelligence to shave off time and money wherever they can, but experts say that’s not the smartest use of the technology.” For example, Josh Sutton (@JoshSuttonAI), CEO at Agorai, told Resch eliminating people in favor of AI, is the wrong approach. “Over time,” he stated, “it’s a losing proposition. It’s a race to the bottom.” And Andrew Moore (@awmcmu), Vice President at Google and head of Google Cloud AI, told Resch, “The ideal application for A.I. is for handling routine interactions, while the more involved cases can get patched through to a human.”

A future characterized by human/AI collaboration is certainly brighter than a future characterized by mass layoffs; however, it doesn’t mean there won’t be pain or that workers won’t have to adjust to this new work environment. And that brighter future is not assured. Rob Toews (@_RobToews), a venture capitalist at Highland Capital Partners, believes the human augmentation future is not as likely as many people would like hope. He writes, “The notion that, at its best, AI will augment rather than replace humans has become a pervasive and influential narrative in the field of artificial intelligence today. It is a reassuring narrative. Unfortunately, it is also deeply misguided. If we are to effectively prepare ourselves for the impact that AI will have on society in the coming years, it is important for us to be more clear-eyed on this issue.”[4] He understands why the human/machine future is an attractive one. “Entrepreneurs, technologists, politicians and others have much to gain by believing — and by persuading others to believe — that AI will not replace but rather will supplement humans in the workforce. Employment is one of the most basic social and political necessities in every society in the world today. To be openly job-destroying is therefore a losing proposition for any technology or business. … Yet a moment’s honest reflection makes clear that many AI systems being built today will displace, not augment, vast swaths of human workers across the economy.”

AI and the Workplace

Toews acknowledges, “A vision of the future in which AI replaces rather than augments human activity has a cascade of profound implications.” It is certainly not too early to begin thinking about the future of work, jobs sustainability, and long-range consequences of an AI-powered world. Toews writes, “Society needs to be nimble and imaginative in its public policy response in order to mitigate the effects of this job displacement. Meaningful investment in retraining and reskilling by both governments and private employers will be important in order to postpone the obsolescence of human workers in an increasingly AI-driven economy. More fundamentally, a paradigm shift in how society conceives of resource allocation will be necessary in a world in which material goods and services are increasingly cheaply available thanks to automation, while demand for compensated human labor is increasingly scarce.” The only jobs Toews believes will be around for a long time are those involving empathy, camaraderie, social interaction, the human touch, true originality, and unconventional thinking.

If there is truly going to be a post-work world, the transition stage must involve human/machine collaboration in deep and profound ways. Pascal Bornet (@pascal_bornet), an AI, automation and innovation leader, asserts there are “five main levers available to world leaders to build the future of work with AI.”[5] They are:

2. Automation: “AI can identify and automate a large part of the routine and time-consuming tasks, allowing us to focus on activities with higher added value, making them more enjoyable.”

3. Augmentation: “AI can increase the added value of work by working closely with us.”

4. Abandonment: “Restricting the volume of meetings and email traffic is essential. For example, to increase the productivity of work meetings, inviting more than four people is not recommended. Some of these activities [(e.g., excessive email traffic and large meetings)] should be reduced or even eliminated through regular and personalized support (for example, through the use of a virtual coach).”

5. Anchoring: “Connecting employees, companies and other market players more closely is the key to building the future of work.”

Many pundits argue we are not doing as much as we can to educate and train workers during this ante-post-work world. Global futurist Anders Sorman-Nilsson, insists, “What we should more concerned about is not necessarily the exponential change in artificial intelligence or robotics, but about the stagnant response in human intelligence. For example, schools and universities are now preparing students for jobs that will no longer be in existence 10 years from now.”[6] Journalist Siddharth Venkataramakrishnan (@SVR13) agrees. He writes, “Ensuring education is fit for purpose will be vital to support sustainable economic growth. Having a direct understanding of which jobs and skills are required … can also play a valuable role informing government policy around education.”[7]

In spite of Toews pessimistic view that “there will not be nearly enough meaningful jobs to employ every working-age person,” that is a future we should try to avoid until society works out the issues involved in a world without work. As Toews admits, “The AI-driven transition to a post-work world will take many decades. It will be disruptive and painful. It will require us to completely reinvent our society and ourselves.” Unfortunately, there doesn’t seem to be a sense of urgency about preparing society for a either a post-work future or the transition period leading to it. Delaying plans and policies will only increase the pain when it inevitably arrives.