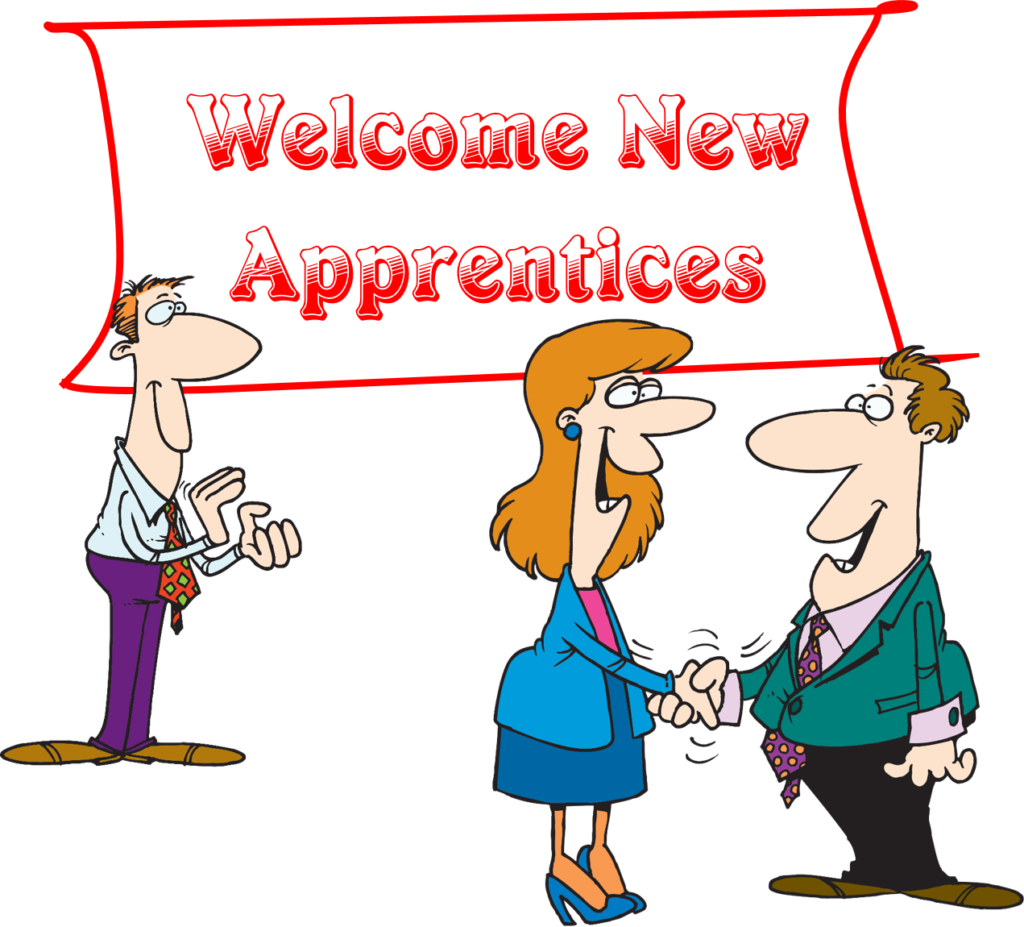 King Solomon is credited with writing, “What has been will be again, what has been done will be done again; there is nothing new under the sun.”[1] Although I would argue we’ve seen a lot of new things under the sun since those words were penned, Solomon was correct in asserting that history often repeats itself; which is why people often to look to past for answers to modern problems. One of today’s challenges is preparing the workforce for jobs that are changing or don’t currently exist. One of the solutions may be the return of apprenticeships. We often associate apprenticeships with medieval guilds, but the practice finds its roots deep in history. “From the earliest times, in Egypt and Babylon, training in craft skills was organized to maintain an adequate number of craftsmen. The Code of Hammurabi of Babylon, which dates from the 18th century bce, required artisans to teach their crafts to the next generation.”[2] One of the primary purposes of guilds was to ensure an adequate number of skilled workers was maintained by teaching skills to the next generation. A skills gap has once again emerged.

When, in early 2017, President Trump assembled a group of manufacturing executives to discuss increasing the number of manufacturing jobs in the United States, he wasn’t expecting to hear “there were still plenty of openings for U.S. factory jobs but too few qualified people to fill them. They urged the White House to support vocational training for the high-tech skills that today’s manufacturers increasingly require — a topic Trump has seldom addressed.”[3] Kathryn Moody (@KatMMoody) and Valerie Bolden-Barrett report, “The National Association of Manufacturers (NAM) predicts that U.S. companies will be facing two million job vacancies by 2025.” One of the reasons for this skills gap Fred Goff, CEO of Jobcase, told Moody and Bolden-Barrett is because “much of society believes the best path to a rewarding, prestigious career is a college degree and a job in finance, marketing, law, engineering or teaching. That leaves retail, trade, construction and manufacturing jobs facing serious perception challenges. The ‘image problem’ that these blue-collar fields face has finally come home to roost — and employers are struggling to make up the difference.”

One of the ways they are looking to make up the difference is through automation. As more machines show up on factory floors, pundits decry the loss of jobs due to automation. Some pundits paint a very dark picture of a future in which humans face massive unemployment which, in turn, creates social chaos and eventually leads to the collapse of the global economy. To prevent that future and to prepare humans to fill meaningful jobs, five major technology companies — Amazon, Facebook, Google, IBM, and Microsoft — “created an organization to set the ground rules for protecting humans — and their jobs — in the face of rapid advances in artificial intelligence. The Partnership on AI, unites [these companies] in an effort to ease public fears of machines that are learning to think for themselves and perhaps ease corporate anxiety over the prospect of government regulation of this new technology.”[5]

A lot of the discussion about what to do with workers made redundant by automation involves reeducating, retraining, and reskilling those workers. Here’s the rub, “There is an 83-percent probability that automation will replace workers whose wages are less than $20 an hour.” [6] That group of workers likely begins the search with less education and fewer of the skills they need to find new work. And a recent study found that reeducation and retraining may not be the best path to reemployment.[7] The conclusion was, “On-the-job training has a better record of success.”

Apprenticeships and the Future of Work

On-the-job-training is another way of describing apprenticeships. Despite the promising outlook of such programs, Jennifer McKevitt (@mckvt) reports, “Department of Labor funds have been cut by 21%. As a result, companies are funding such programs on their own.”[8] McKevitt concludes, “With job fairs and recruitment efforts failing to address the pending crisis in staffing, apprenticeships offer a ray of hope for fulfilling empty positions. Companies that recognize the rewards of significant investment in their workers are more likely to wind up with properly skilled staff.”

Moody reports Salesforce CEO Mark Benioff has issued a challenge to U.S. companies to create 5 million apprenticeships in five years.[9] As you might imagine, one of the biggest hurdles needing to be overcome is financing. As Moody explains, “Apprenticeships are expensive. They are the ‘Cadillac’ of training, the gold standard by which many programs are evaluated.” Ultimately, both the public and private sectors are going to have pitch in. While some people believe only big companies can afford apprenticeships, German experience proves that is not true. Germany has a fairly successful apprenticeship system and medium-sized (so-called Mittlelstand firms) “take on 83 percent of all apprentices in Germany, more than their share of total employment.[10]

Blake Moret, CEO of Rockwell Automation, believes, even master craftsmen need constant on-the-job-training. “Lifelong learning for factory workers provides a competitive advantage,” he states. “No matter how much you automate, your people will remain your most important asset. Suppliers, producers and the government all have a role to play in evolving the workforce to adapt to changes in this industry and to train workers for these highly skilled roles.”[11]

To ensure jobs sustainability in the years ahead, a number of different strategies must be adopted. Apprenticeships may deserve more support than other programs because they have historically proven to have significant success. Although I don’t anticipate the return of medieval guilds, I do expect to see an increase in the number of apprenticeships made available in the years ahead.