Home » Jobs Sustainability » Will 2018 be the Start of the Robot Revolution? 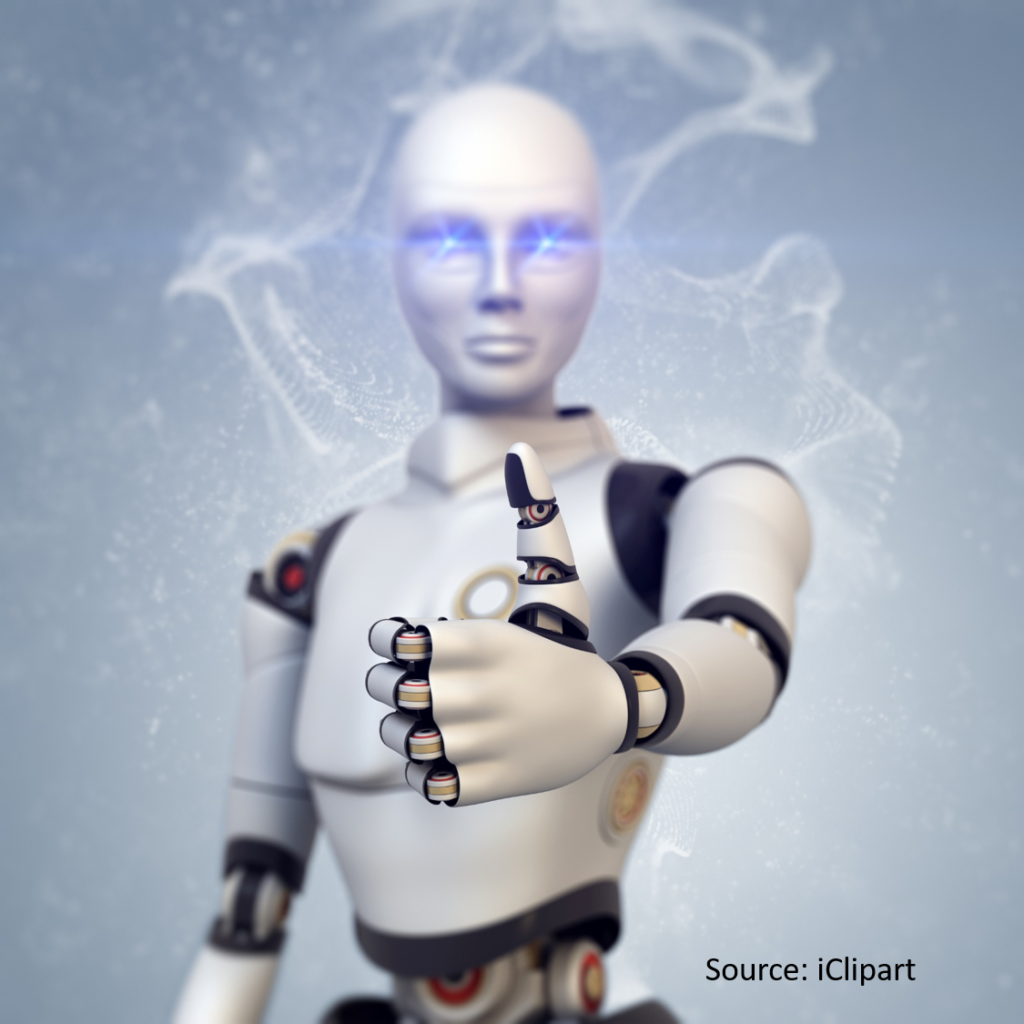 Will 2018 be the Start of the Robot Revolution?

According to a report from Forrester Research, automation is poised to replace nine per cent of all US jobs in 2018.[1] Some pundits might argue it’s not surprising companies are looking to automate positions since they can’t find qualified individuals to fill their job openings. According to the Department of Labor, at the end of 2017, there were 5.8 million unfilled job openings in America.[2] Obviously, the argument is not that simple. Andrew Hobbs (@AndrewHobbs_IoB) notes, “In recent years, companies have increasingly looked to automation to boost output, reduce inefficiencies, and cut labor costs. And as robotic systems and AI become faster, smarter, and more affordable, this trend can only grow.”[3] The big question — a question no one can honestly answer — is: What consequences will society endure as a result of increased automation? Pessimists see growing unemployment resulting in social chaos and economic collapse. Optimists see a transition period during which new jobs are created and the workforce adjusts to fill them. Hobbs insists one of the biggest challenges companies will face “is convincing the human workforce, and public, that automation will be a benefit.”

Analysts at the Middle East North Africa Financial Network (MENAFN) report an old headline — one published at a time “when a computer took as much space as a large kitchen and had less power than a modern pocket calculator — stated, “Whatever your job is the chances are that one of these machines can do it faster or better than you can.”[4] It has taken decades but that prediction is much closer to be true today than it was when it was published. Few people today rue the fact they can carry a much more powerful computer in their pocket than was available when that headline was published. During the intervening years between then and now, powerful computers have been used to create entirely new fields of work and they augmented jobs in many traditional fields. That’s why the MENAFN staff remains sanguine about the future. Nevertheless, automation, especially automation involving artificial intelligence (AI), is the new bogeyman for many workers. The MENAFN analysts note, “If one types ‘artificial intelligence’ on — a tool that allows us to check how often a term was printed in a book between 1800 and 2008 — we can clearly see that our modern-day hype, hope and fears concerning AI are by no means a novelty.”

Are there going to be growing pains over the next few decades as AI continues to gain traction in the workplace? Undoubtedly. McKinsey analysts have predicted just one AI-based technology, Robotic Process Automation (RPA), will replace as many as 800 million roles by 2030.[5] Most of those “roles” will involve RPA assuming tasks rather than taking over complete jobs. Sam Shaw reports, “Leslie Willcocks, professor of technology, work and globalization at the London School of Economics’ Department of Management, describes it as taking the robot out of the human.”[6] RPA can relieve employees of tedious tasks so they can focus on more challenging activities. Most employees have better morale when they find their jobs more interesting and less routine. According to analysts from International Data Group (IDG), “Digital labor frees up staff from mundane, repetitive tasks to do more strategic work that’s not impacted by geographical location, resulting in higher job satisfaction and morale.”[7]

Shan Carter (@shancarter), a member of the Google Brain team, and Michael Nielsen (@michael_nielsen), a researcher at Y Combinator, believe we need to create a new mindset about the purpose of cognitive technologies. They suggest this new field of research be called artiﬁcial intelligence augmentation (AIA). They write, “While cognitive outsourcing is important, this cognitive transformation view offers a much more profound model of intelligence augmentation. It’s a view in which computers are a means to change and expand human thought itself.”[8] Shaw adds, “Human-machine cognitive partnerships can amplify what each partner does best: humans are great at making intuitive and creative decisions based on knowledge while computers are good at sifting through large amounts of data to produce information that will feed into human knowledge and decision making.”

The World is Changing and the Workforce must Change with It

Pierce Ivory (@pkivory), Marketing Director at Advance Systems, writes, “Artificial Intelligence is here to stay and will be used by companies. This leaves many employees with difficult decisions to make about their future and their careers. Artificial Intelligence is quickly changing the ‘future of work,’ and it will eliminate many aspects of most jobs. Even worse, as AI becomes more sophisticated, it will be able to overtake many of the difficult jobs. Our ‘future of work’ can also be interpreted as meaning ‘new and innovative ways of working’ must be created and established since AI will be overtaking many of our current positions.”[9] Ira Wolfe (@HireAuthority) reports a study by the U.S. Department of Labor concludes, “65 percent of today’s schoolchildren will eventually be employed in jobs that have yet to be created.”[10]

Smart (and successful) companies will help prepare their workforce for a future characterized by human/machine collaboration. Walter Price, head of Allianz Global Investors’ technology team, told Shaw, “There is quite a difference between the companies that manage the progression and redeployment of their people, and see it is not just about reducing costs. Over the long term, those companies gaining in ascendancy are the ones trying to and focus on their employees as their most important asset.” Mark Mulligan, a professional business coach, agrees with Price. He told Shaw, “If you look at what is happening in the workplace as a process, organizations need to work out what they can automate, how it will work and if is it financially viable before they can begin to work out the possible psychological impact on their people.” The impact of automation will be both physical (i.e., job loss or job change) as well as psychological. MENAFN analysts explain:

“As innovation accelerates, thousands of jobs will disappear, just as it has happened in the previous cycles of industrial revolutions. Machines powered by Narrow AI algorithms can already perform certain 3D tasks (‘dull, dirty and dangerous’) much better than humans. This may create enormous pain for those who are losing their jobs over the next few years, particularly if they are incapable of acquiring the computer-related skills that would enable them to find more creative opportunities. We must learn from the previous waves of creative destruction if we are to mitigate human suffering and increasing inequality. … We must offer people who will be [made redundant] some sort of compensation income, training and re-positioning opportunities.”

They conclude, “Fortunately, these technologies also create jobs. History has shown that disruptive innovations are not always a zero-sum game. On the long run, the loss of low-added-value jobs to machines can have a positive impact in the overall quality of life of most workers.”

Ivory concludes, “Artificial intelligence will seldom capture an entire occupation. There will be certain tasks that artificial intelligence can do quicker and better than humans, but most jobs will still need some human activities. In reality, business processes will be modified, and human jobs will be recharacterized.” Andrew Fiala (@PhilosophyFiala), professor of philosophy and director of The Ethics Center at Fresno State, adds, “If we can avoid robot Armageddon, we will have a chance to rediscover the joy of being human. AI may free us from drudgery. It may cure diseases and find new worlds among the stars. It might even create interesting art. But only a human being can appreciate the wonder of being human.”[11] MEMAFN analysts conclude, “The future of human-machine collaboration looks less like the scenario in the Terminator movies and more like a style of ‘augmented intelligence’. There will be jobs if we adapt the education system to equip our children to do what humans are good at: to think critically and creatively, to develop knowledge and wisdom, to appreciate and create beautiful works of art. That does not mean it will be a painless transition. Machines and automation will likely take away millions of low-quality jobs as it has happened in the past. But better-quality jobs will likely replace them, requiring less physical effort and shorter hours to deliver better results.”