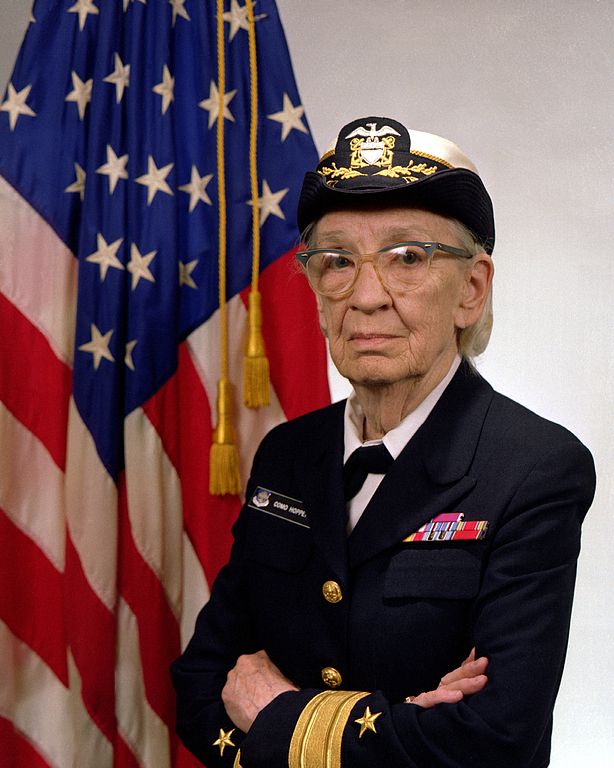 We need more FEM in STEM

The month of March, in the United States, is designated Women’s History Month. It was created to correct the historical imbalance that mostly lauds the historical contributions of men to society. As most people are aware, there is also a gender imbalance in the fields of science, technology, engineering, and mathematics (STEM). Gender imbalances have undoubtedly resulted in lost opportunities since potentially valuable contributions by half the world’s population have too often been ignored or gone missing altogether. That’s why I believe we need more feminine (FEM) participation in STEM.

Unless you had a career in the U.S. Navy, you may never have heard of Grace Hopper. Jay Shambaugh (@JayCShambaugh) and Becca Portman, analysts at the Brookings Institution, write, “Grace Hopper was an extraordinary human being. She was one of the pioneers of computer science, helping to develop some of the first programming languages used, some of which are still used today. She was also extraordinary because she did these things in a military dominated by men and a field that over time became dominated by men.”[1] They continue:

“When she graduated from Vassar College in 1928, less than 5 percent of women were college graduates and roughly 40 percent of bachelor’s degrees were granted to women. Even fewer were in STEM fields. This restricted the number of women who could become a Grace Hopper, limiting the number of inventors and inventions that could have spurred growth in the U.S. economy.”

They note finding female college graduates is no longer a challenge. Today, more women graduate with bachelor’s degrees from college than men. “Still, despite being more than the majority on college campuses,” they write, “women are too scarce in the laboratories. Only 35 percent of STEM bachelor’s degrees completions are by women, and women are increasingly less represented as one moves along the innovation pipeline. They represent just 22 percent of the STEM workforce and just 16 percent of patent grants.” One study indicates economic and societal status are contributing factors as to why women opt out of STEM fields. John Ross reports, “Countries with progressive gender equality policies tend to have the lowest proportions of women graduating from science, technology, engineering and maths courses, a landmark study suggests. Research by psychologists in Britain and the US has found that female participation is highest in Algeria, where two out of five STEM graduates are women — more than double the rate in bastions of equality such as Finland and The Netherlands.”[2]

If you are wondering why this is occurring, the authors of the study surmise, “It arises because countries intent on eliminating sex-based inequities also tend to have the most generous welfare nets. This frees women to select careers based on personal interest rather than necessity.” What that tells me is that we need to figure out how to make STEM fields more desirable to women. Here’s the rub. Ross reports, “The study found little difference between males and females in science literacy. But once interest and enjoyment were factored in, greater gaps emerged. [One of the study’s co-authors, Professor Gijsbert Stoet of Leeds Beckett University in England], said the findings suggested generalized campaigns to lure women into STEM courses were ‘a waste of energy and resources’. ‘A more effective strategy might be to target the girls who are clearly being lost from the STEM pathway: those for whom science and maths are their best subjects, and who enjoy it, but still don’t choose it.”

Although I agree encouraging girls who find math and science their best subjects is a good strategy, those girls are only going to discover that interest if they are introduced to STEM subjects early and often in their educational journey. Since I’m in a technology industry and live in an area surrounded by technology companies, I, along with a few colleagues, founded The Project for STEM Competitiveness. Our goal is to help introduce new ways of getting students interested in STEM subjects by supporting extra-curricular activities that involve students in solving real-world problems using skills they learned in the classroom. Getting more girls interested technical subjects was also a specific objective. We believe hands-on problem solving is a great way to stimulate interest in STEM subjects for both genders. Other suggestions include:

Women’s History Month is a good time to find historical figures, like Grace Hopper or the women chronicled in the movie Hidden Figures. The movie portrays the contributions of Katherine Goble (played by Taraji P. Henson), Dorothy Vaughan (played by Octavia Spencer), and Mary Jackson (played by Janelle Monáe), to the U.S. space program. They fought prejudice and cultural norms to pursue their STEM dreams. It’s also a good month to highlight women currently making a contribution in STEM fields. These women need to talk to girls in elementary school and encourage them to get involved in STEM subjects. From an early age, girls need exposure to and encouragement in STEM subjects if we are going to correct the current gender imbalance in STEM fields.