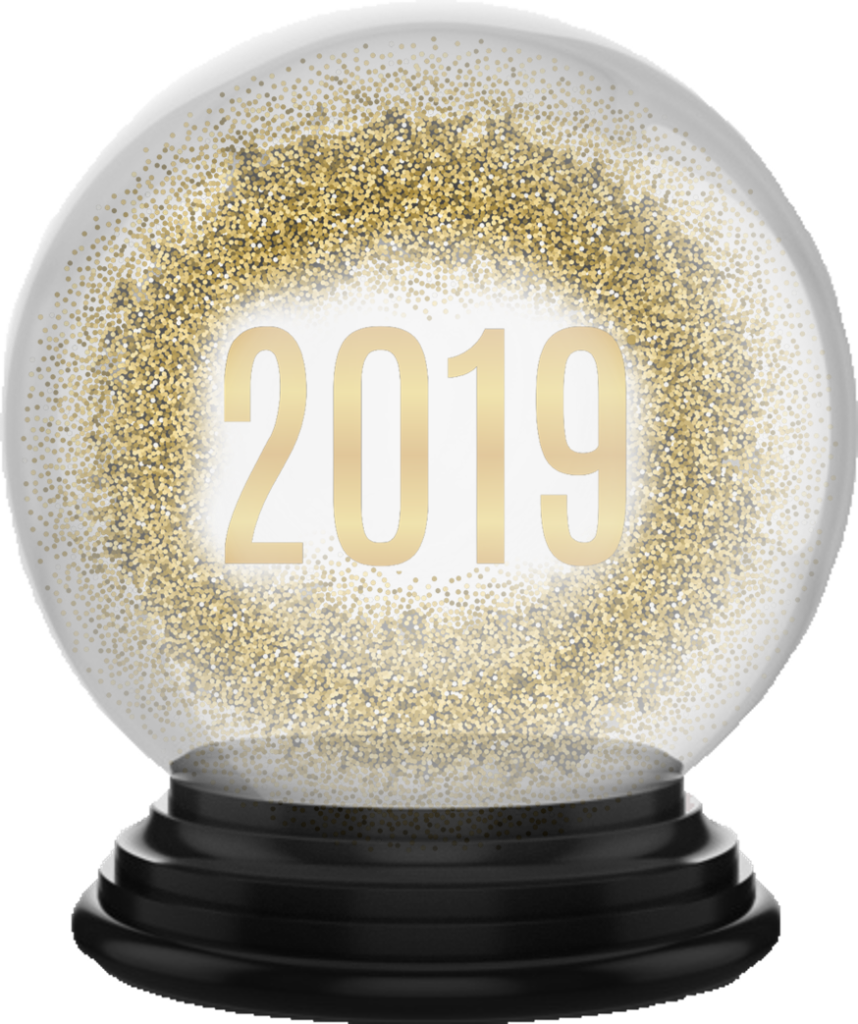 If you are looking for wisdom from the past, you might consider the 6th Century BC Chinese poet, Lao Tzu, who wrote, “Those who have knowledge, don’t predict. Those who predict, don’t have knowledge.” Lao may have been correct, but where’s the fun in that? Humans long to have a glimpse of the future. Consider the continued popularity of Nostradamus and his befuddling prophesies. William Shakespeare captured this human longing when he wrote, “If you can look into the seeds of time, and say which grain will grow and which will not, speak then unto me.” Every year fearless analysts peer into their crystal balls in an attempt to provide us a peek into the future in hopes we can better plan for what lies ahead. Prognosticators often look to emerging or ongoing megatrends to help them refine their predictions. To begin this year’s prediction season, I’ll discuss a number of those megatrends.

Megatrends predicted to change the world

Analysts from the consulting firm EY believe many of the current or emerging trends are defined by disruption.[1] They note, “Companies have stopped wondering whether [disruption] merits serious attention and are focusing instead on how to best respond. Business transformation has become the new mantra as companies adapt to the era of disruption with digital strategies, new business models and more.” With that foundation in mind, let’s look at some megatrends analysts have identified as important to the future.

Urbanization. A couple of years ago, the world reached a tipping point when it was estimated more people are now living in urban environments than in rural settings. According to Frost & Sullivan analysts, urbanization means cities are now big customers for almost every industry — including companies selling smart-city products and services.[2] Urbanization is predicted to continue unabated over the next few years. The implications of this megatrend are enormous for all stakeholders (i.e., governments, private enterprises, non-profits, academic institutions, and citizens). The future of the planet may well rest in how well cities meet the urbanization challenge. Chris Weller (@chriswweller) reports, “It’s entirely possible … that within the next several decades, humanity will generate more urban construction than it has in the rest of its history.”[3]

Climate change. Whether you think climate change is a result of human activities or not, few people now deny the effects are quite real and potentially devastating for the planet. Regardless of your position, scientists have shown there are things humans can do to mitigate these devastating effects. Failure to address this growing crisis will affect everything from the air we breathe to the water we drink to the places we live. EY analysts note, “We often think of climate change in terms of long-term effects: warming temperatures and rising sea levels that will alter the environment and reshape civilization. The urban environment is particularly vulnerable because half of humanity lives on 1% of the land and cities grew up near waterways and oceans. While areas threatened by sea-level rise represent only 2% of the world’s land, they cover 13% of the world’s urban population — and 21% of the urban population of developing countries.”

Demographics. Most people now recognize that the developed world is getting older and less fertile. Weller observes, “A combination of widespread aging, falling fertility, and urbanization will lead to a dramatically different world in 2030. With an expected 8.3 billion people, human civilization will be both older and much more focused on city life.” EY analysts add, “Life expectancy has gone from 34 in 1913 to 67 at the turn of the millennium. By 2020, for the first time in human history, the world’s population of people aged 65 and older will exceed the number of children under the age of five. And, the World Economic Forum estimates that the global cost of chronic diseases — driven largely by aging populations — will total US$47 trillion between 2010 and 2030. If demographics are destiny, it’s not hard to read what those numbers imply for our collective future.” Analysts believe societies will become less innovative as they age and quality of life could deteriorate. The United States has, until now, avoided this fate through immigration; but, that path to economic growth and prosperity is currently being curtailed.

Industry 4.0. Many analysts are concerned about how the current industry revolution (aka Industry 4.0) will impact societies. The World Economic Forum believes it will have a significant, negative impact on much of the developing world. EY analysts note, “Industry — the concept and the reality — is being redefined and reinvented.” With lack of resources and access to proper education, this bold, technologically-advanced industrial world may become unavailable to millions of workers. As discussed below, there are also concerns in developed countries about how Industry 4.0 technologies will affect jobs sustainability. Those technologies include: artificial intelligence, robotics, blockchain, the Internet of Things, big data analytics, and additive manufacturing (aka 3D printing).

Empowered consumers. Weller reports, “Over the next 15 to 20 years, continued giving from groups like the World Health Organization and the Bill and Melinda Gates Foundation will lift millions of people out of poverty … to the extent that the majority of the world’s population will no longer be impoverished.” Globalization has played (and hopefully will continue to play) a significant role in creating a global middle class. Weller adds, “This new wealth will produce millions more empowered individuals that will have the means to add to local and national economies.” Geopolitical realities (see below) could impact this rosy picture. EY analysts believe technology will help empower global middle class consumers. They explain, “We expect the evolution and interplay of AI, machine learning, ever-present sensors, smart devices and new computing interfaces to take consumer empowerment to a whole new level — giving rise to tomorrow’s super consumer.”

Healthcare. As populations age, healthcare becomes a larger issue. Healthcare is one of the defining political issues in many countries, including the United States. Rising healthcare costs are growing concern for most people; so it comes as little surprise studies conclude the most contented people are found in countries where they have access to free or affordable healthcare. As working conditions change, Cecile Alper-Leroux (@cecilehcm) believes those changing conditions will make healthcare a growing business concern.[4] She explains, “With the dizzying pace of change and the mind-blowing exponential growth of data and technology available to us showing no signs of letting up, we are all facing new levels of overload. The impact of this overload is manifesting itself in unanticipated ways. Our emotional, social, and physical well-being at work is directly impacted by the stressors associated with overload, and organizations will struggle to help employees cope and, more importantly, thrive in such environments without a new approach.”

Human augmentation. A growing number of analysts believe human augmentation will help improve employee working conditions. EY analysts explain, “Technology has always augmented human capabilities. So far, this has been relatively passive: assisting humans in performing tasks. We are now on the cusp of human augmentation that is qualitatively different. For the first time, technology will take an active role, working alongside us and directly on our behalf.”

Jobs sustainability. Many analysts predict the advent of artificial intelligence and robotics mark the beginning of the end for human labor. IF these dire predictions of technologies taking over millions of jobs come true, it will lead to mass unemployment, social unrest, and eventual economic chaos. On the other hand, many other analysts predict new technologies will create more jobs than they eliminate as they have historically done. Even if this rosier prediction is accurate, many things have to change (e.g., retraining, reskilling, and education) in order to prepare tomorrow’s workforce for the jobs that will be created. EY analysts add, “The changing nature of work is upending social contracts, for example, by widening inequality and undermining aspects of social contracts tied to the employer/employee relationship, from retirement savings to workplace protections. This will require new public policy solutions.”

Geopolitical realities. Many of the predictions about the future rely on a stable international political landscape. In this case, stable does not mean status quo. Weller observes, “Developing countries in Asia will become more prominent world powers compared to North American and European nations. … Having the most money or people won’t necessarily keep a country powerful if others are more adept at staying connected to data and resources.” Global stability, however, is not assured. EY analysts explain the rise of populism and authoritarianism threatens to retard growth at best and derail global economics at worst. They explain, “For the last seven decades, globalization has marched forward uninterrupted. The Bretton Woods Institutions and multiple subsequent free trade agreements ushered in an era of trade liberalization and global supply chains, trends that helped lift more than one billion people out of poverty. In 2016, that inexorable forward-march hit a major roadblock when back-to-back election results gave us Brexit and President Trump, bringing populism and anti-globalization to the forefront. While populism had been ascendant in numerous countries before this — from Poland and Hungary to Bolivia and the Philippines — these elections brought such political philosophies to two of the world’s largest economies.” It’s too early to determine how things will work out, but geopolitical realities are changing and cannot be ignored.

Food security. One last area deserving of mention is food security. Food security will be impacted by many of the megatrends previously discussed. Weller notes, “A growing middle class and gains in empowerment will lead the demand for food to rise by 35%, water by 40%, and energy by 50%. … Regions with extreme weather patterns — like rain-soaked Singapore or muggy Mumbai — will get more extreme due to the effects of climate change. Dry areas such as northern Africa and the US Southwest will feel the effects of diminished precipitation especially hard.” Supply chain disruptions caused by climate change and natural disasters will also impact food security. On the bright side, new technologies can help farmers get better production using fewer resources; but, as of now, those technologies aren’t affordable for small farmers who grow most of the world’s food.

The New Year brings with it new hopes and opportunities — along with new concerns and uncertainties. The world must be proactive, however, in trying to create a better, more prosperous, and more peaceful world. In order to do that, we need to know what might lie ahead. Thanks to a few brave souls willing to risk their reputations by making predictions, we can hopefully catch a glimpse of what the future holds.