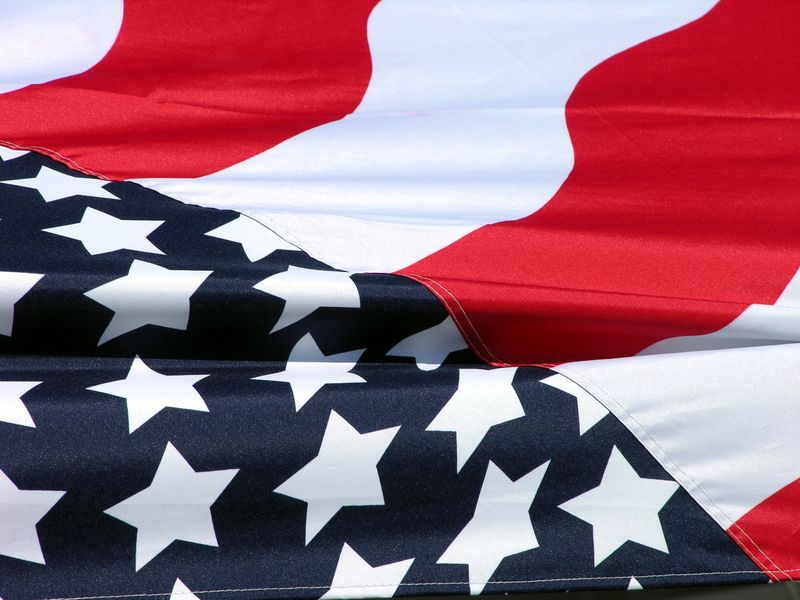 With U.S. national election results now mostly resolved, the single most important message that should be heard is that America’s democratic system remains intact — it has demonstrated its systemic Resilience. The importance of this message rings loud across America and the world — because we know the world is watching and listening. We the People have voted in record numbers and have done so during a global pandemic, through an economic crisis, and as a divided nation. We were resilient and We successfully navigated a difficult election season. It is now incumbent upon us to come together as the great original American motto states: E Pluribus Unum — Out of Many, One. That simple motto is both elegant and critically important now more than ever before in our lifetimes. We must come together as our original American motto says and bridge our divisions so that we can relentlessly attack the COVID-19 pandemic, while working to aggressively address critical equality, social, and economic issues of our time. At the same time, we must ensure our nation remains resilient to security challenges from threats both foreign and domestic.

Near Enterra Solutions© headquarters lies Washington Crossing, PA. The area is famous for being the location where George Washington crossed the Delaware River from Pennsylvania to New Jersey on Christmas evening 1776. He made this crossing to engage Hessian mercenaries fighting on behalf of the British who were quartered about 10 miles downriver. His unexpected actions resulted in victory at the Battle of Trenton. Every year on Christmas morning the town reenacts Washington’s crossing of the Delaware and celebrates the freedom he and other patriots won during the Revolutionary War. The simple act of crossing the Delaware River resulted in more than a strategic triumph; it was a triumph of the American spirit. It grew to symbolize both Washington’s heroism and the resiliency of the burgeoning republic during one of the darkest hours of the revolution. It also reminds us that important outcomes can be the result of simple acts — like voting.

“Fourscore and seven years ago our fathers brought forth, on this continent, a new nation, conceived in liberty, and dedicated to the proposition that all men are created equal. Now we are engaged in a great civil war, testing whether that nation, or any nation so conceived, and so dedicated, can long endure. We are met on a great battle-field of that war. We have come to dedicate a portion of that field, as a final resting-place for those who here gave their lives, that that nation might live. It is altogether fitting and proper that we should do this. But, in a larger sense, we cannot dedicate, we cannot consecrate — we cannot hallow — this ground. The brave men, living and dead, who struggled here, have consecrated it far above our poor power to add or detract. The world will little note, nor long remember what we say here, but it can never forget what they did here. It is for us the living, rather, to be dedicated here to the unfinished work which they who fought here have thus far so nobly advanced. It is rather for us to be here dedicated to the great task remaining before us — that from these honored dead we take increased devotion to that cause for which they here gave the last full measure of devotion — that we here highly resolve that these dead shall not have died in vain — that this nation, under God, shall have a new birth of freedom, and that government of the people, by the people, for the people, shall not perish from the earth.”[1]

In 272 elegant words, President Lincoln sought to heal a nation after a horrific battle. The staff at History.com notes, “In it, he invoked the principles of human equality contained in the Declaration of Independence and connected the sacrifices of the Civil War with the desire for ‘a new birth of freedom,’ as well as the all-important preservation of the Union created in 1776 and its ideal of self-government.”[2]

An interesting video about the Gettysburg Address can be found at the following link: https://youtu.be/FsrDeGJUZdQ

The next town upriver from Washington Crossing is New Hope, PA. Its name symbolizes a New Hope for our nation to come together as one — E Pluribus Unum. Battles are not new to Pennsylvania. This ground has been a landscape for battles from the Revolutionary War to the Civil War and a venue for important historical and political matters. It has also been a battleground in this presidential election. And yet, now, as we open a new chapter of our American experience, we must heal a nation as Lincoln attempted to do in his famous Address at Gettysburg. We must honor the goals of freedom from tyranny that George Washington crossed the Delaware to win and come together as one to advance the grand and evolving experiment in democracy that we call America.

The world looks towards America

Looking at American politics from the outside, The Economist notes that “partisanship and lying undermine norms and institutions.”[3] The magazine goes on to note that this erosion of public trust affects the world, because America’s “values, principles and practices [have] made America a haven for its own people and a beacon to the world.” In an article detailing challenges the world must face, Ian Bremmer (@ianbremmer), president and founder of Eurasia Group, noted, “The past few months of the pandemic have turbocharged four of the most significant geopolitical trends of recent decades.”[2] One of those troubling geopolitical trends is “eroding legitimacy of democratic institutions.” He writes, “In the US, deep divisions within the electorate and growing public anger at the nation’s political establishment have been building for years. The president, Congress, the civil service, and the news media have increasingly become targets of public vitriol.”

One of the President-elect’s first jobs will be to re-establish public trust. It won’t be easy. This is not just an American problem. Bremmer asserts, “The problem of political polarization and reduced confidence in institutions is accelerating globally.” That is not good news for businesses or governments. Leah Lievrouw (@Leah53), professor of information studies at the University of California-Los Angeles, notes, “To date, virtually no democratic state or system has sorted out how to deal with this challenge to the fundamental legitimacy of democratic processes, and my guess is that only a deep and destabilizing crisis (perhaps growing out of the rise of authoritarian, ethnic or cultural nationalism) will prompt a serious response.”[3]

American resilience needs to be followed up with renewed American global leadership. Currently, the world suffers from a lack of such leadership. Business leaders understand that global challenges have no borders; nevertheless, many of them have shouldered the responsibility to do something rather than stand by and do nothing. However, it will take coordinated global action to deal with these challenges — and that won’t happen without global leadership. There will undoubtedly be some resistance to such efforts. After all, globalization is often cited as a reason that authoritarian regimes, with nation-first strategies, gained popularity in the first place. On the other hand, globalization achieved many good things as well, including bringing millions of people around the world out of poverty and energizing the global economy.

Globalization was, in fact, a prime legacy of the post-World War II order, and it was spearheaded by America. That order now faces an existential crisis. Humanity either rises to the challenge of effectively decoding our world’s skyrocketing complexity or submits to its radical decomposition into something supremely unstable. The good news is, we have the technology. The bad news? Globally we have lacked the leadership. Many pundits lament America’s national leadership deficit; fearing it has grown so deep that it is difficult to imagine its rebound. Yet I am convinced America can rise to the challenge — as it has before. I’m not talking about American exceptionalism, because that’s a chimera. I’m talking about hard-headed pragmatism and leadership that recognizes challenges and works with others to find solutions.

The whole world now watches as America navigates the next few years. For decades now, we have run this show, but our success in creating this world cost us our control over it. Some people lament this outcome; however, it was inevitable if the system we helped create was to succeed. Now, with climate change fueling the poleward movement of every life form on this planet, globalization’s furious churning of races, species, and microbes lies beyond anyone’s control. That harsh reality changes the nature of American leadership but does not erase its enduring source. Our nation has been — and always will be — a petri dish of globalization’s ongoing evolution. Now, more than ever, these United States remain the world’s source-code — its modern progenitor — for both integration and disintegration. This remains America’s true superpower: periodically re-setting our rulesets in response to history’s punishing waves of change, and then spreading those new and better rules across the world.

What we need is American leadership, not just American answers, to address the world’s problems. The resilience of American democracy is one reason the world looks to the United States for leadership. We will now turn the page to the next chapter in American leadership. I wish the new President- and Vice President-elect Godspeed on their new journey and I pray for their success as leaders and for ourselves as a nation. 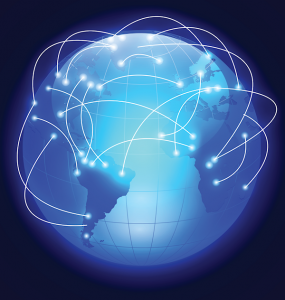 We not only live in interesting times we live in perilous times. To make this point, Ian Bremmer (@ianbremmer), president and founder of Eurasia Group,