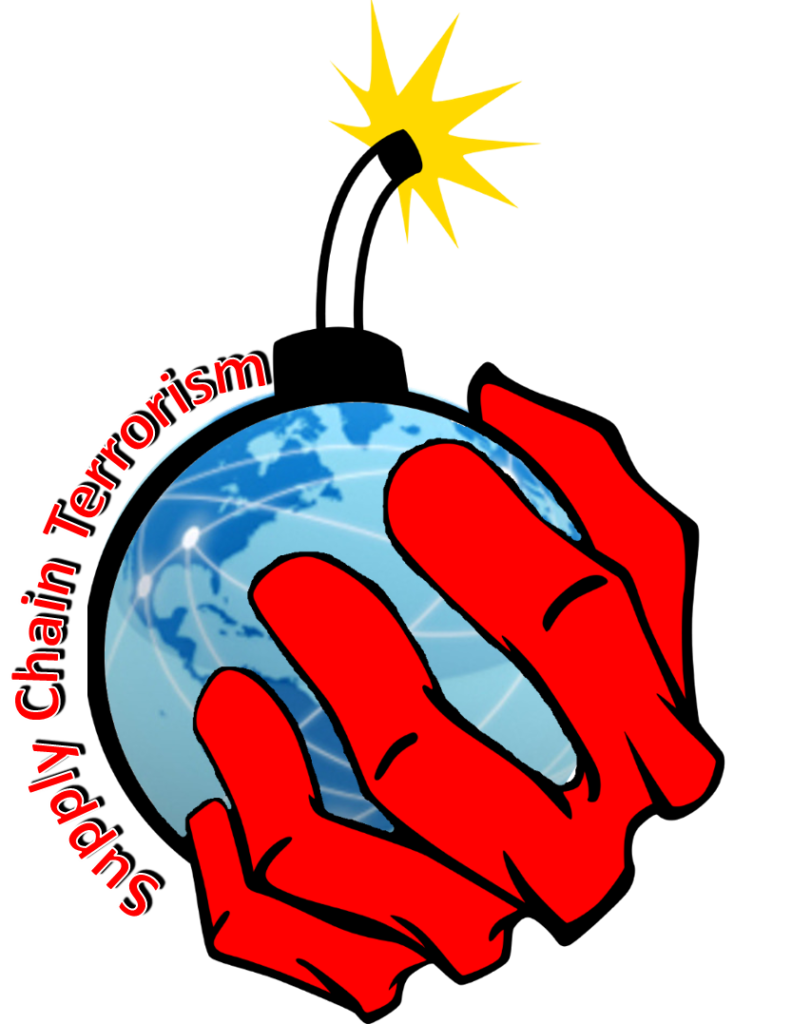 Terrorist attacks around the globe continue to make headlines. Mostly the stories are about terrorist attacks against people. This is not surprising; after all, terrorism is defined as the unlawful use of violence and intimidation, especially against civilians, in the pursuit of political aims. Terrorist attacks also plague the supply chain. Elizabeth Hines, creative/editorial director at Fronetics, reports, “In 2016, there were 346 attacks in just one year — that’s an 8.5% rise on the previous year, averaging 6.7 attacks every week. … The top 10 countries for supply chain terrorism incidents accounted for $664 billion worth of global exports. That includes $96 billion of exports to the United States. Clearly, a significant volume of international trade is at risk for disruption by terrorist groups.”[1] Although those figures are significant and scary, most companies don’t experience direct terrorist attacks. Mehtap Demirci asserts it is “the indirect effects of terrorism that create the most significant potential threat to the activities of businesses and their supply chains.”[2] As an example, she points to security measures enacted to prevent future terrorist attacks. She notes, “Improved security can reduce the efficiency of a business’s daily operations, due to greater inspections and safeguards that slow the flow of goods. A random customs inspection at an ocean port can take from a few days to more than a week. For some containers that are traveling through intermodal rail, there may be random inspections at the final rail ramps, which are even more costly as most U.S railroads allow only two business days of free time. Changes in government policy can increase the cost of business, and prove to be more detrimental to the business than the original terrorist events that may have created them.”

Terrorism is here to Stay

Peace-loving people would love to see the end of terrorism — as would the business world. Unfortunately, terrorism is a tool of evil sustaining its momentum in a troubled world. Will Green reports, “Incidents have included attacks on oil infrastructure, hijacking, cargo theft, contraband smuggling, extortion and kidnapping. … Over the past decade supply chains have been attacked in 58 countries, with Colombia, India and Turkey forming hotspots.”[3] Like Demirci, Green notes, “Increased security measures as a result of attacks impose indirect costs on international trade and supply chains by disrupting the flow of cargo, particularly across borders, slowing the movement of freight and increasing shipping costs.” In a statement released with a study on terrorism and the supply chain, David Fairnie (@FairnieDavid), a principal consultant for supply chain security at BSI, asserted, “I believe supply chain terrorism will continue to significantly impact Europe for decades to come.”[4] He could have easily expanded his conclusion to include supply chains around the world. In an accompanying statement, Jim Yarbrough (@jimyarbrough), Global Intelligence Program Manager at BSI, concluded: “It is a common misconception that terrorism is strictly a national security issue and that counterterrorism is solely the responsibility of governments. However, our analysis clearly shows that commercial interests and private organizations are increasingly threatened, extorted, and directly targeted by terrorist organizations all over the world. Corporations must take notice and prepare their organizations accordingly.”[5] For that reason, terrorism is another of the concerns all supply chain risk managers need to address, even if they don’t anticipate their organizations being attacked directly. Michael Wilson notes, “In a lot of ways, a supply chain is almost like a living, breathing entity — something that negatively affects one area of the chain will absolutely create a ripple effect in other areas.”[5]

Analysts at ICECORP note, “Terror attacks may not be the top of mind risk for your supply chain on a daily basis, but these disruptions happen far more often than you might imagine. … With the prevalence of globalized supply chain networks, this burgeoning incidence of damaging attacks needs to be on your radar, requiring analysis of the risks and planning for recovery.”[6] They continue:

“Each one of these risks requires unique planning and response. Keeping your sources of supply and transportation routes open and flowing smoothly is key to ensuring successful operations. As a global operator you need to stay aware of threats, mitigate risks and be prepared with a recovery plan in the event of disaster. Fortunately, there are plenty of resources and tested strategies you can turn to. Successful global supply chain managers employ careful planning to ensure they have back-up sources of supply and alternate routes planned, as well as a strategic emergency inventory in the event that backup supply lines fail. Keeping a close eye on the political situation in the countries where you do business helps, and using the services of political risk analysis firms can keep you apprised of tensions and potential problems, but nothing beats being prepared with a strong security strategy.”

While many terrorist attacks are religiously or politically motivated, Marcelo Simiao, Lean Manager at Munters, indicates the most likely terrorist attacks — cyber attacks — are going to be financially motivated. “A real, big threat comes in the form of cyber-terrorism,” he states, “and this form knows no religion, country borders, ethnicity, or beliefs. It can be carried out from virtually anywhere and because of any purpose. An attack can bring down an entire country’s defense system, or it can be a corporate attack by another corporation — even another government. The value of a company that makes full use of supply chains currently lies in all of the data that it stores on its servers. If that data is erased, the entire supply chain can dive into chaos, which could take months to bring up to speed again.”[7] Some people might not consider cyber attacks to be terrorism; but, as more machines are connected to the Internet of Things, the potential to do real harm increases dramatically. Lives will be at stake.

Jonathan Webb (j_p_webb), Head of Strategy Research at Procurement Leaders, notes, “The fragility of the global supply chain is both an economic and political problem. It is an economic issue, insofar as organizations do not take adequate procedures to protect their transportation channels from disruption. … This economic vulnerability gives rise to a second, but perhaps more serious problem: a political weakness. Terrorists and others willing to make dramatic political gestures can take advantage of these weak spots.”[8] To counter the terrorist threat, Webb insists governments and commercial interests need to work together. He writes, “A terrorist attack on a supplier is a problem of such magnitude that it will disrupt all businesses in the supply chain. Unless businesses, governments or international entities can coordinate a response, this vulnerability in the global supply chain will become a major political risk.”