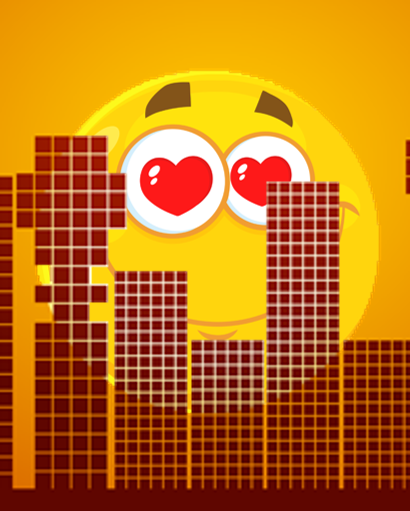 Will Smart Cities be Happy Cities?

Past surveys have shown only a minority of people understand the concepts behind the smart cities movement. Nevertheless, given the choice between living in a dumb city and a smart city, who wouldn’t choose the latter? You’d be surprised. Teena Maddox (@teena_maddox) reports over a third of surveyed people have little desire to live in smart cities. “The lure of living in a technologically advanced community appeals to many Americans,” she writes, “although many don’t quite understand what the term smart city means, according to a new report from CompTIA. The Building Smarter Cities and Communities report, which surveyed both private citizens and US government officials, showed that six out of 10 Americans are interested in living in a smart city.”[1] That means 4 in 19 aren’t interested.

From Digital Cities to Smart Cities

We live in the Digital Age and, for the most part, cities have embraced digital technologies. Brookings’ analysts, Adie Tomer (@AdieTomer) and Rob Puentes (@rpuentes), bluntly state, “No industry or household in the world, will reach their future potential without access to broadband, it is the electricity of the 21st century.”[2] The same holds true for cities. No city will reach its future potential without access to broadband. Smart cities involve an ecosystem consisting of sensors (which generate data), the Internet of Things (the most important broadband connectivity for a smart city), and cognitive computing (it’s what makes a city smart). Once the ecosystem is in place, amazing things can be done. Maddox reports the CompTIA study “identified four factors that could shape the future of smart cities.” They are:

Although the stress appears to be on technology, truly smart cities focus first on people. Laura Stevens notes, “Researchers, architects and academics are imagining how to create ‘smart cities’ — places that use technology to determine their urban planning. The result intends to be a more environmentally friendly city that is a much more pleasant and healthy place to live, and a much safer place to be.”[3] Smart cities don’t just magically appear. They take planning and hard work. Naveen Rajdev (@NuNaveen), chief marketing officer for Wipro, observes there are many challenges that must be met before a city can call itself smart.[4] They include: “Meeting higher demands for affordable housing; establishing efficient, well-connected transportation systems; and creating other infrastructure, services, and jobs, especially so the 1 billion impoverished city dwellers who live in settlements can be closer to opportunities for work, leisure, and education.” He adds, “Building safe and sustainable cities requires serious policy coordination and investment decisions. And today, it seems, it also requires an edge — one that human-centered urban digitization can catalyze.”

Smart Cities should be Happy Cities

Making cities safer and more efficient should logically make them happier places to live. Etienne Veyret, Marketing Director for Government Programs in the Middle East for Gemalto, explains, “Our lives are becoming more intertwined with smart solutions that save us time and effort on administrative tasks, allowing us to focus on things that make us happy. It’s no surprise then that the smarter a city is, the happier its residents are.”[5] Of course, no one can be happy all the time. Tragedies occur in all of our lives; but, as Veyret explains, smart cities should make life easier, especially for people with special needs. He writes, “One of the most important outcomes of cities going smart is that digitization of governments, which enables the provision of services to a wide geographical coverage of the population in a citizen-friendly manner. eGovernment and mGovernment services make services more seamless and accessible to the public – especially citizens who are isolated or have reduced mobility. Although citizens have always been players in the system, with digital technology they are now the focal point and have the means to be involved and take control.”

A report published by the Consumer Technology Association (CTA) insists, “With the Internet of Things (IoT) as a foundation, technologies such as automated street lighting, smart energy meters, parking assistance apps and sensors have the ability to make cities safer and more accessible.”[6] Accessibility means different things in different situations and to different people. In the smart cities arena, however, accessibility begins with access to broadband. James Thurston (@jamesthu), Vice President for Global Strategy and Development at G3ict, is one of the experts who helped develop a new toolkit called, Smart cities for all. The toolkit is aimed at helping cities reduce the digital divide and make digital technologies accessible for all. Discussing why such a toolkit is needed, he explains, “For me, the most surprising finding was that the global experts did not list technology solutions as a top barrier to making progress on digital inclusion in smart cities. They know that smart city solutions exist and through innovation and entrepreneurship even more are possible, including those that could have a big impact on persons with disabilities and older persons.”[7] Smart cities must be inclusive cities or they will never be smart or happy cities. “As part of our new toolkit,” Thurston states, “we have created the smart cities for all database of solutions for digital inclusion. … With the database, now in Alpha version, we want to show that smart cities solutions have the potential to impact persons with disabilities and older persons in a broad range of ways — from supporting independent living, to helping with transport and mobility, to responding to natural disasters and emergencies.”

Societies are rightfully judged on how they deal with the most vulnerable segments of their populations. In the years ahead, vulnerable populations will require access to smart cities technologies in order to take advantage of available services and programs. Get it right for the most vulnerable people and you’ll get it right for the most advantaged segments of the population as well. That’s why smart cities initiatives should be people-focused rather than technology-focused. Don’t misunderstand me; cities won’t get smart without technology. Technology, however, should play a supporting role for people, who are the real stars of the show.