Home » Big Data » Living Life on the Edge (Computing that is) 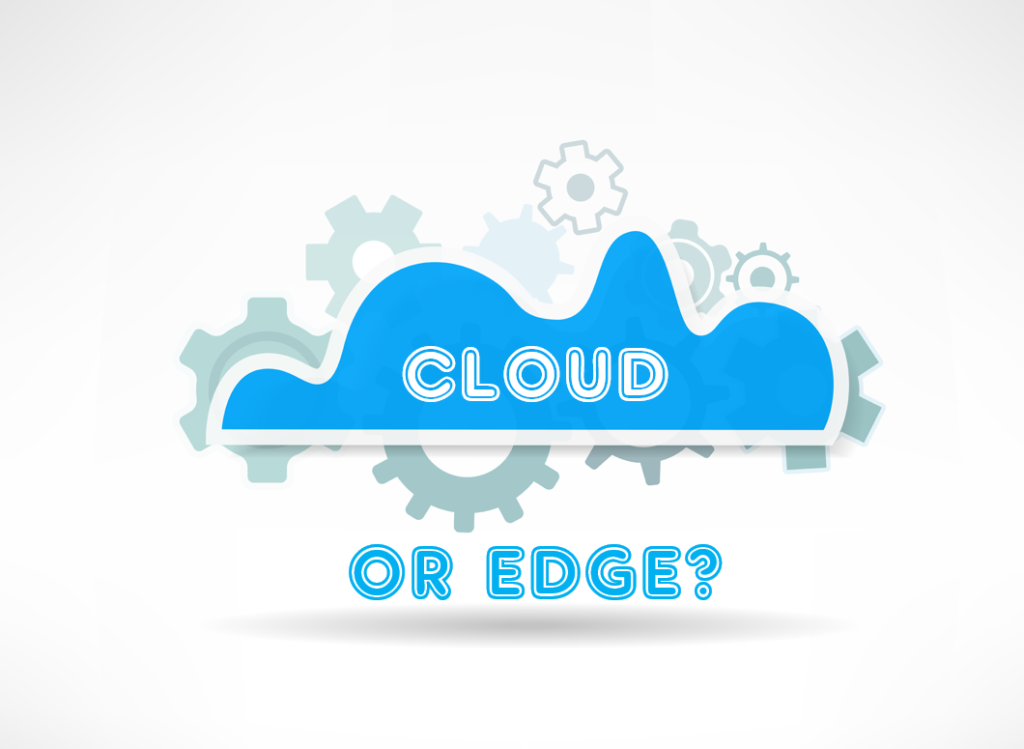 Living Life on the Edge (Computing that is)

Almost everyone has heard about cloud computing and the fact most businesses are moving many of their IT operations to the cloud. More recently, however, there has been a lot of discussion about edge computing. The reason for this surge of interest is the rise of the Internet of Things (IoT). Analysts from CB Insights note, “The cloud is no longer sufficient to instantaneously process and analyze the troves of data generated — or soon to be generated — by IoT devices, connected cars, and other digital platforms. Enter edge computing.”[1] Back in 2016, Bernard Marr (@BernardMarr), a business consultant and futurist, anticipated this conundrum, he wrote, “An Internet of Things approach to business brings many benefits, primarily access to more data and better insights. It also brings new challenges. The sheer size and speed of the data collected when every device involved in your business process is online, connected and communicating can strain the sturdiest network infrastructure. In situations where timing is critical, delays caused by bandwidth congestion or inefficiently routed data can cause serious problems. To solve these issues, the concept of ‘edge analytics’ is gaining popularity.”[2]

What is edge computing?

Analysts from CB Insights note, “Ultimately, not all smart devices need to utilize cloud computing to operate. In some cases, the back and forth can — and should — be avoided. That’s where edge computing comes in. … Edge computing enables data to be processed closer to where it’s created (i.e., motors, pumps, generators, or other sensors), reducing the need to transfer data back and forth between the cloud.” Why does this make sense? Much of the data generated by IoT sensors will be routine (e.g., indicating a motor is running properly). Transferring all that normal data to the cloud makes little sense. The important data is anomalous data. When anomalous data is detected, it should be sent to the cloud for further analysis and action. By analyzing routine IoT and mobile computing data at the edge, the strain on networking bandwidth is greatly reduced. Chris Nelson, Vice President of software development and engineering at OSIsoft, offers six factors that can help determine whether data should be analyzed on the edge or in the cloud.[3] They are:

1. Who Needs It? Like other pundits, Nelson answers this question by stating, “IoT will.” He explains, “Machine data can … come at blazingly fast speeds — vibration systems can churn out over 100,000 signals a second — and get delivered in a crazy number of formats. … Look at the use case scenario first. Chances are, every workload will require both cloud and edge technologies, but the size of the edge might be larger than anticipated.”

2. How Urgently Do They Need It? Today’s business speed is constantly accelerating. Nelson observes, “Utilities, manufacturers and other industrial companies operate in a real time world. Any amount of network latency constitutes an urgent problem.” Edge computing offers much faster results in scenarios where time is a critical factor.

3. How Complex is the Problem? Nelson writes, “This is the most important, and most challenging, factor. Are you examining a few data streams to solve an immediate problem such as optimizing a conveyor belt or are you comparing thousands of lines across multiple facilities? Most predictive maintenance problems are actually solved on the edge: give people a few data streams and they can figure it out. No cloud required.”

4. Who Do You Want to Share It With? Collaboration is becoming an important capability for most enterprises. Nelson notes, “Companies increasingly will share data. … Data sharing can start at the edge, but it ultimately will have to rely on intermingled clouds. And as sharing becomes more compelling, problems will arise and the balance of power will inexorably shift again.”

5. Is Anyone’s Life on the Line? Most people don’t think about life or death matters when it comes to information technologies; but, autonomous vehicles are changing that perception. Nelson adds, “The risk of a communications disruption on an offshore drilling rig far outweighs the cost benefits of putting all of the necessary computing assets on the platform itself. Take a risk-reward assessment.”

6. What Are The Costs? Like every other area of business, cost/benefit analysis is important. Nelson explains, “Let’s say the data isn’t urgent, it won’t impact safety and more than a local group of engineers will need it. Do you send it to the cloud? It depends on the cost. Too many companies have responded to cloud like a teenager in 2003 given their first smart phone. Everything seems okay, until the bill comes.”

According to Richard Waters (@RichardWaters), artificial intelligence (AI) is another factor needing to be considered. He explains, “Artificial intelligence is starting to feed a very different paradigm of computing. This is one that pushes more data-crunching out to the network ‘edge’ — the name given to the many computing devices that intersect with the real world, from internet-connected cameras and smartwatches to autonomous cars.”[4] He goes on to note the boundaries between cloud and edge computing are not as distinct as one might think. He explains, “Data collected locally is frequently needed to retrain machine learning algorithms to keep them relevant, a computing-intensive task best handled in the cloud.”

Like other pundits, Waters see the rise of IoT-connected devices as the primary driver of edge computing. He gives the example of a home camera system, AI could be used “to recognize visitors, or tell the difference between a burglar and a cat.” Such a system could dramatically reduce the number of false alarms to which monitoring system operators and police departments as well as reduce the amount of data needing to be transmitted to the cloud. Marr adds a few more use cases into the mix. He writes:

“Large retailers could analyze point of sales data as it is captured, and enable cross selling or up-selling on-the-fly, while reducing bandwidth overheads of sending all sales data to a centralized analytics server in real time. Emergency repair work and equipment down-time can be reduced when manufacturers build edge-based analytical systems into machinery and vehicles, allowing them to decide for themselves when it is time to reduce power output or send an alert that a part may be due for replacement. Smart City architects can build edge analytics into systems such as traffic signals, allowing intelligent monitoring and management of traffic. Pollution levels caused by traffic could be monitored in real time and regulated by reducing traffic flow when air quality falls below a certain level. Autonomous and driverless vehicles will heavily rely on edge analytics systems for functions that require immediate response, such as hazard avoidance. At the same time they will rely on centralized analytics for fleet management and optimization of pathfinding.”

Analysts from CB Insights believe healthcare is another area where edge computing can play an important role. “Some wearable health monitors can locally analyze pulse data or sleep patterns without connecting to the cloud,” they write. “Doctors can then evaluate patients on the spot and provide on-demand feedback about their health. But the potential for edge computing in healthcare goes far beyond wearables. Consider the benefits of speedy data processing for remote patient monitoring, inpatient care, and healthcare management for hospitals and clinics.” As IoT products become more ubiquitous, use cases for edge computing will increase.

Waters concludes, “Other factors add to the attractions of processing data close to where it is collected. Latency — the lag that comes from sending information to a distant data center and waiting for results to be returned — is debilitating for some applications, such as driverless cars that need to react instantly. And by processing data on the device, rather than sending it to the servers of a large cloud company, privacy is guaranteed.” Edge computing and cloud computing are complementary rather than competing systems. Using Nelson’s suggested factors, companies should be able to determine where data is best analyzed to gain maximum benefit at the lowest cost.