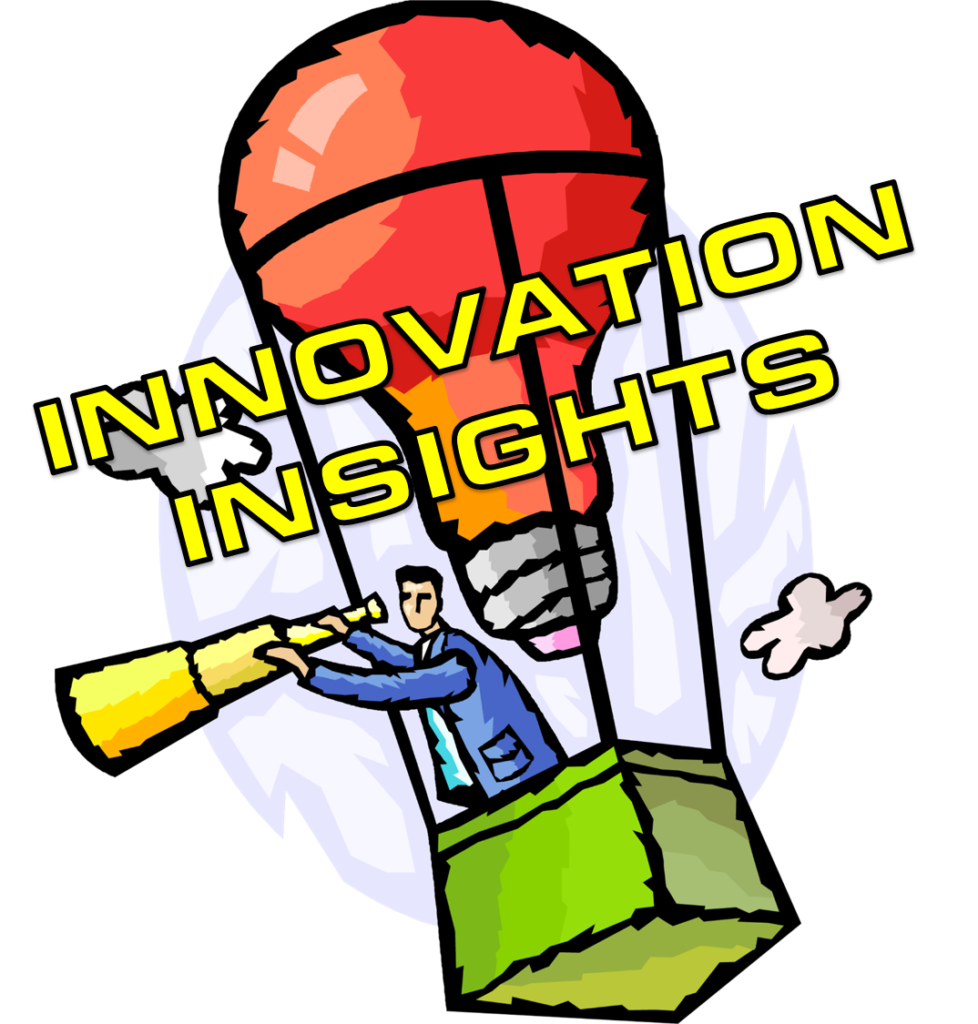 Innovation is a fascinating subject. It involves creativity, idea generation, business acumen, perseverance, foresight, and, often, luck. There is neither a silver bullet strategy nor a golden path to innovation. Boston Consulting Group (BCG) managing directors, Michael Ringel, Andrew Taylor, and Hadi Zablit, assert the most innovative companies pursue a multitude of strategies. They explain, “Self-described strong innovators in BCG’s 2016 global survey on the state of innovation are far more likely than the self-described weak innovators to cast a wide net as they look for potential innovations.”[1] Greg Satell (@Digitaltonto), an innovation consultant, adds, “In researching my book, Mapping Innovation, I found that every innovation strategy fails eventually, because innovation is, at its core, about solving problems — and there are as many ways to innovate as there are types of problems to solve. There is no one ‘true’ path to innovation.”[2] Nevertheless, Bruce Posner (@brucellop) and Martha E. Mangelsdorf (@memangelsdorf) suggest there are insights about innovation worth considering when your organization sets out to solve a problem or create a new product, service, or offering.[3]

1. Innovation isn’t necessarily about new things; it’s about new value. Innovation is often about bringing together existing things in a new way. The smartphone is an excellent example. Mobile phones existed; digital cameras existed; and Internet connectivity existed. The smartphone brought these technologies together in a single product and made history by creating new value. My preferred definition of innovation is contained in the innovation formula, which is: innovation = new x valuable x realized. If any of those variables is zero, there is no innovation. A new idea is not innovative unless it is valuable and it is implemented.

2. Challenge competitors by playing a different game. To explain what they mean, Posner and Mangelsdorf point to an article by Constantinos Markides of the London Business School entitled “Strategic Innovation.” They write, “Markides studied more than 30 companies that had successfully attacked leaders in their industry without the benefit of a breakthrough technological innovation. The common element in such successes, Markides found, was that the attacker changed the rules of the game, a phenomenon he termed ‘strategic innovation.’ … Markides offered a framework for thinking about strategic innovation that’s grounded in three basic questions: Who are your customers? What products or services should you offer them? And how should you offer them? To change the rules of the game in their industry, Markides noted, companies can either redefine the business, redefine who their customers are, redefine what they offer customers, redefine how they do business, or start the strategic thinking process at a different point.” This is approach is similar to the Theory of Jobs to Be Done. In Harvard Business School professor Clayton Christensen’s (@claychristensen) latest book, Competing Against Luck: The Story of Innovation and Customer Choice, he and his coauthors Karen Dillon (@KarDillon), Taddy Hall (@taddyhall), and David S. Duncan, use the Theory of Jobs to Be Done as the foundation of their thinking. According the book’s introduction, that theory helps companies understand their “customers’ struggle for progress and then [creates] the right solution and attendant set of experiences to ensure [they] solve [their] customers’ jobs well, every time.”

3. Remember that being first to market is no guarantee of success. Despite growing evidence to the contrary, some people insist “the key to competitive advantage is to be first to market with exceptional ideas and exceptional service offerings.”[4] Another article claims, “There are two stages to developing first-mover advantages. First, a company must have an opportunity to be first at something, either through skill or luck. Second, the firm must be able to capture the benefits of being first. In their award-winning article, professors Marvin Lieberman and David Montgomery of Stanford University described three benefits of being first: technology leadership, control of resources, and buyer switching costs.”[5] Of the three first-mover “benefits,” perhaps the most important one is the last — buyer switching costs. The cost of switching technologies can be significant. Posner and Mangelsdorf write, “Gerald J. Tellis and Peter N. Golder explained in a 1996 article titled ‘First to Market, First to Fail? Real Causes of Enduring Market Leadership,’ the case for entering the market before anyone else can be — and often is — overstated and distorted by the nature of the data.” This insight was reaffirmed in a 2009 article by John Tozzi who reported “new research offers fresh insight on when to launch a product or service, and shows that being first to market isn’t always a competitive advantage.”

4. Think of invention as a process of creating new combinations of elements — with results that have a highly skewed distribution. This insight could just as easily be called “don’t be afraid to fail.” Posner and Mangelsdorf explain, “In a fascinating 2007 article titled ‘Breakthroughs and the ‘Long Tail’ of Innovation‘, Lee Fleming explored the dynamics of invention. Defining invention as a ‘new combination of components, ideas, or processes,’ he explained that invention samples show an extremely skewed distribution, with the vast majority of inventions being useless, a few having some value, and only a very few representing breakthroughs. As a result, Fleming argued that if companies want to achieve breakthroughs they should: (1) make lots of ‘shots on goal,’ since only a few of the inventions they come up with will be breakthroughs; (2) try to increase the average value of each invention; and (3) increase the variability of the ideas they explore — in other words, ‘take wild shots at a rich target (or preferably a set of rich targets) because the wider range will be more likely to contain scores of maximum values.”

5. Connect the people in your organization who identify new ideas with those who can commercialize them. I’m a big fan of connecting people from different disciplines. This insight is a smaller version of that strategy. Satell asserts, “When you have a really tough problem, it often helps to expand skill domains beyond specialists in a single field. Many believe it is just these kinds of unlikely combinations that are key to coming up with breakthroughs.” Frans Johansson (@Frans_Johansson) believes this kind of collaboration results in what he calls “the Medici Effect.” The effect is named after the wealthy and powerful Italian family that played an important role during the Renaissance. The family’s wealth permitted it to support artists, philosophers, theologians, and scientists, whose combined intellect helped burst the historical pall known as the Dark Ages. Concerning connecting idea people with marketing people, Posner and Mangelsdorf write, “Companies are increasingly trying to bring outside ideas into their innovation processes. To do so effectively requires an understanding of two types of innovation brokers, according to Eoin Whelan, Salvatore Parise, Jasper de Valk, and Rick Aalbers. In their 2011 article ‘Creating Employee Networks That Deliver Open Innovation,’ the authors drew on research they had conducted on the diffusion of innovative ideas through personal networks in companies. Whelan, Parise, de Valk, and Aalbers explained the importance of both ‘idea scouts’ and ‘idea connectors’.”

In addition to the insights discussed above, Posner and Mangelsdorf offer seven other insights worth considering. One of the main conclusions you should draw from these insights is that lone geniuses really don’t exist. Innovation is always a team effort, even if some team members pull more weight than others.