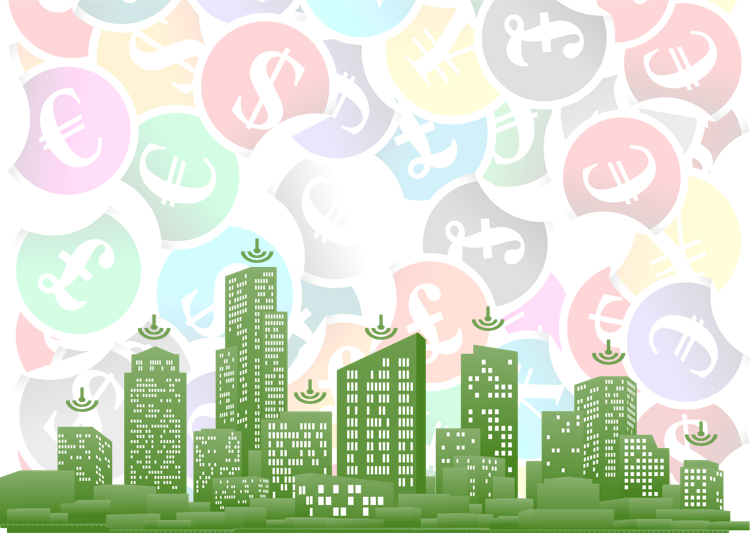 How Will Smart Cities be Financed?

The United Nations Department of Economic and Social Affairs predicts by 2050 over two-thirds (68%) of the world’s population will live in cities. As a result, ensuring cities use essential resources as efficiently and effectively as possible needs to become a high priority. Arzu Tekir (@Arzu_Tekir), Co-founder and Head of Strategy & Business Development at URBANARBA, notes, “This growth brings the need for constructing new buildings, roads and transportation systems. 75 percent of the infrastructure that will have been built by 2050 is inexistent today. Cities must already invest in an infrastructure that will bear for decades. “[1] The best way to ensure cities use resources wisely is through smart city initiatives; however, as the global urbanization trend heats up, so does the debate about how to fund smart city initiatives. Even in developed countries, finding funding will be difficult. The fact that many of tomorrow’s megacities will be located in developing countries, only exacerbates the funding conundrum.

“As cities rapidly adapt to changes,” Tekir notes, “the issue of financing emerges. There are many successful examples of the economic gains to be achieved with the implementation of the sustainable solutions in the cities.” What Tekir is implying is that smart city initiatives can help pay for themselves through savings. She provides a few examples:

Experts predict similar savings in areas such water management and traffic control. Pedro Hernandez (@ecoINSITE), reports an ABI Research study commissioned by Chordant in partnership with CA Technologies concludes, “Worldwide, smart city technologies can end up saving governments, businesses and inhabitants more than $5 trillion each year by 2022. … ABI Research estimates that the governments operating smart mega cities can each save $4.95 billion a year by 2022, thanks to smart buildings, low-maintenance street lighting and other efficiency-boosting systems. Enterprises can also benefit by being situated in a smart mega city. Smart factories, driverless trucks, drones and energy-efficient ways of transporting goods and delivering services can save a city’s businesses $14 billion a year, predicts the report.”[2] An earlier report was just as optimistic. Jon Levine (@LevineJonathan) reports, “[A study] by the Global Commission on the Economy and Climate concluded that concerted efforts at carbon reduction in cities could reduce costs in areas of waste management, transportation and building and generate between $17 trillion and $22 trillion in savings by 2050.”[3] As impressive as those predictions are, savings alone won’t pay for smart system upgrades.

Kristin Musulin (@kristinmusulin) reports a study published by Deloitte, “The Challenges of Paying for Smart Cities Projects,” explores how cities can effectively pay for smart technology projects through funding and financing strategies.[4] The report concludes, “”While the smart cities movement offers exciting new opportunities for governments, their citizens, and businesses, finding the money to support such products or services can be a complex undertaking. When government officials understand the full range of options for funding, financing, and procurement; analyze the advantages of each; and choose strategies that best fit their situation, they can vastly increase the odds that their smart city initiative will succeed.” Commenting on the report, the SmartCitiesWorld team notes, “The report outlines what government leaders should consider when reviewing the different options.”[5] Such considerations should begin the following questions:

Concerning the last point — the optimum level of private sector participation — Sue Marek (@suemarek) notes, “Partnerships with vendors are key to making smart city initiatives a reality because they allow cities to make investments in infrastructure without taking unnecessary risk — such as investing in platforms that may become outdated.”[6] She also notes, “Partnerships alone won’t make a smart city a success — it also depends upon the leadership in the city government and the community.” That’s true for all smart city initiatives, not just financing. Deloitte’s Michael Flynn asserts, “Financing doesn’t have to be a major hurdle to becoming a smart city. There are numerous financing options available, however, the trick is matching the project to the most appropriate financing tool. To do that, the project team should fully understand a number of key factors such as the project’s potential cash flows, the level of overall value generated and how a fair share can be captured, the range of financing options available and the technology risk of the project. Only then can the appropriate delivery mechanism be determined.” The point here is that every city’s situation is unique and financing and funding options need to be adapted to the situation.

Finding the right combination of resources to fund smart city initiatives will take both concerted effort and creativity. Savings, financing, traditional sources of income, and partnerships all play a part. Meaghan Beatley (@mbeatley) observes, “Smart solutions are innovations. Therefore, by nature, they’re often new and untested — which is a scary feature for potential investors, who want safe and predictable results.”[7] It also means taxpayers could be leery. Even if city leaders can convince residents to increase taxes to pay for smart city initiatives, they need to remember new technologies could also adversely affect some traditional sources of income like parking revenue and fines. All stakeholders need to be involved in deciding what projects need to be undertaken and how best to finance them. Ignoring the pressing need for smart city solutions is not an answer.