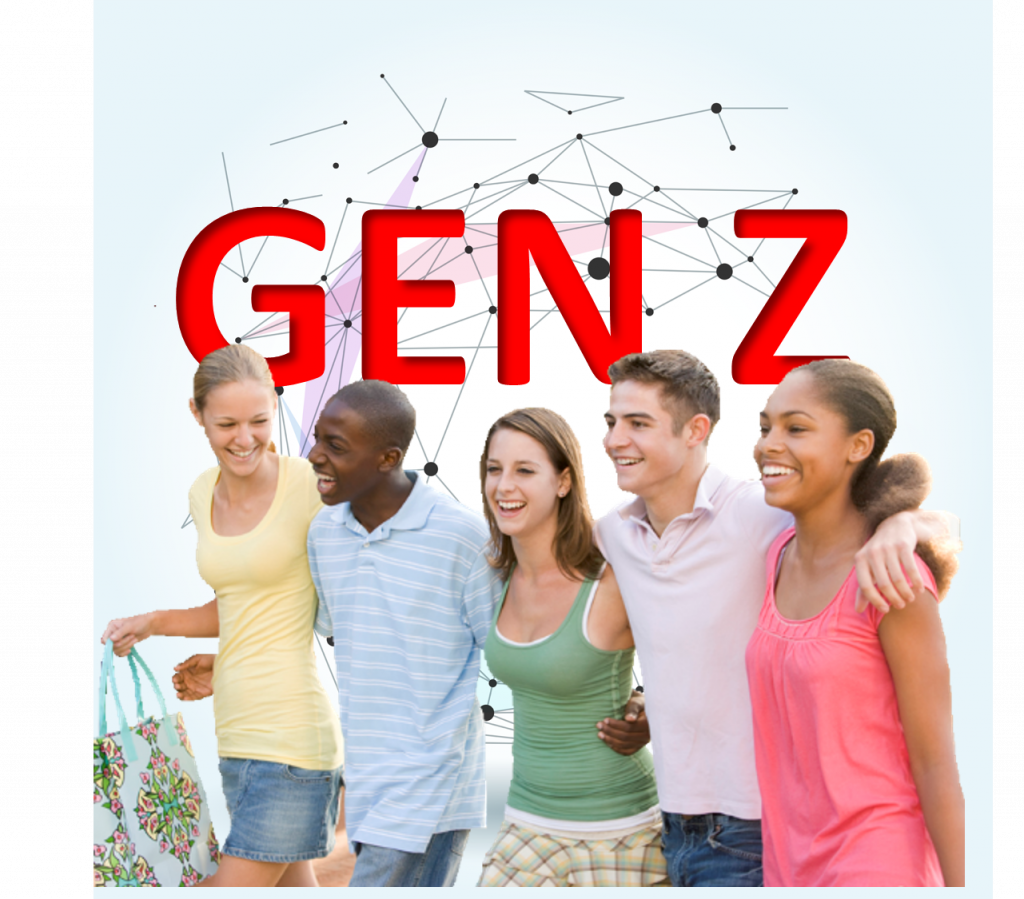 Generation Z is Coming of Age

Retailers and marketers must always keep an eye on the future. Although millennials (aka Generation Y) remain prime targets for today’s products and services, members of Generation Z (children born between roughly 1996 and 2010) are now on the radar screen. As I’ve noted before, making generalizations about a group simply because its members were born between certain years is often a fool’s errand. There is simply too much diversity in such groupings for meaningful generalizations. Nevertheless, that doesn’t stop people from trying. Marketers and retailers are always interested in who has money and Emma Bazilian (@ebazilian) reports, members of Generation Z are “gaining power as a consumer segment.”[1] Sara Spivey (@SaraSpivey1), Chief Marketing Officer of Bazaarvoice, told participants at a 2017 conference that research shows “teens and young adults today control $44 billion in direct purchasing power.”[2] When people range in age from 8 to 22, like Gen Zers, it’s safe to assume spending power is not spread evenly among them. How much of a powerhouse are Gen Z spenders? Laura Klepacki reports, “In a blow to the ego of millennials everywhere, Goldman Sachs researchers say that the Gen Z cohort now matters more.”[3] Their influence, according to Spivey, comes not only from their direct spending power but the fact “75% of Gen Zers report being either ‘very strong’ or ‘strong’ influencers over family decisions. This makes them democratic decision-makers as opposed to more traditional passive units of the family.”

What we know about Generation Z

“Unlike millennials, most of whom witnessed the start of the internet revolution,” Bazilian notes, “Gen Z has grown up in an entirely digital world, giving them a totally new outlook that marketers are now racing to understand.”

Klepacki reports, “Gen Z numbers about 60 million in the U.S. and some 2.6 billion worldwide, according to data from Social Explorer. Research provided by Frank N. Magid Associates gives the U.S. breakout as 55% non-Hispanic Caucasian, 24% Hispanic, 14% African-American, 4% Asian and 4% multiracial.” Goldman Sachs analyst Christopher Wolf asserts, “This is America’s most diverse generation to date. By the year 2020, the Census Bureau is actually forecasting that over half of Gen Z kids in America will belong to a minority race or ethnic group. So diversity in the traditional sense of the word is actually becoming the norm.”

Cara Salpini (@CaraSalpini) reports, “Gen Z converts about twice as much on mobile than any other demographic, according to a study from ContentSquare. However, their willingness to purchase on mobile is matched by an intolerance toward poorly-functioning apps — 60% of Gen Z will not use an app or website that is too slow to load and 62% won’t use an app if it’s difficult to navigate, the study found.”[4] The study also found, “Gen Z shoppers view 62% more pages during a browsing session than other demographics and bounce 51% less of the time”

Salpini reports another study, this one by IRI, found, “Gen Z is two to three times more likely to be influenced by social media than by sales or discounts — the only generation to value social media over price when it comes to making purchase decisions.”[5] To understand the world into which Gen Zers were born, just consider the following list of things (compiled by Jon Erlichman (@JonErlichman)) that didn’t exist prior to 2005: iPhone, Instagram, YouTube, Snapchat, Twitter, iPad, BuzzFeed, Spotify, Uber, Alexa, Airbnb, Bitcoin, Fitbit, Lyft, Waze, WhatsApp, Hashtags, App Store, Pinterest, Google Maps, Hulu, Kindle, Siri, Dropbox, and Angry Birds. Bazilian reports 95% of Gen Zers use YouTube, 69% use Instagram; 67% use Facebook, 67% use Snapchat; 52% use Twitter; 37% use Google+; 33% use Pinterest; and 29% use Tumblr. In many ways, the world we live in is now being created for members of Generation Z.

John Jurgensen (@johnjurg) observes, “[Gen Zers] were raised on smartphones, and no single app or social media platform — Snapchat, Instagram, Musical.ly — monopolizes their time. When it comes to entertainment programming, they spend less than a third of their screen time on traditional television, and the rest of their hours on a mix of Netflix, YouTube and other streaming services.”[6] Retailers and marketers are going to have to adapt their strategies and tactics to reach this new generation of consumers. According to Oded Edelman, president of JamesAllen.com, leading retailers and marketers are already doing so. He observes, “The former ‘it’ generation is getting older. Millennials’ purchasing power is on the verge of being surpassed by the next generation of consumer: Generation Z. Forward-thinking retailers are starting to heed the digital preferences and consumer expectations of this burgeoning market.”[7] ContentSquare CEO Jonathan Cherki (@jonathanCherki) told Salpini, “Digital experience is the language of Generation Z, with mobile and Web interfaces their natural habitats. This choosy, demanding new generation visits 62% more pages in a session than the rest of the population and converts twice as much online as the rest of us. They want companies to woo them, to create a personal, immersive digital world for them to play — and shop — in, and that is what we must do.” In order to create the personal experiences desired by Gen Zers, retailers and marketers must go beyond traditional segments like age, gender, and race. To do that, they need cognitive computing capabilities that can handle many more variables than traditional analytic systems.