In a response to my blog about Singapore’s resilient strategy, one thoughtful reader noted, “Despite Singapore having a resilient strategy, as you note, it still does not have a resilient situation.” What he meant was that Singapore’s relatively small geographic area makes it vulnerable to cataclysmic events, such as tsunamis. In order to be fully resilient, Singapore’s assets need to be more broadly distributed so that it can continue to thrive in the aftermath of such events, not simply put life on hold as it rebuilds. The point is well made. An article in the New York Times indicated that the same lesson should be learned by individuals as well as nation-states or businesses [“Don’t Keep All Your Stash in One Place,” by Damon Darlin, 7 Sep 2006]. The article noted:

If you put stock in a recent survey from Symantec, the company behind the Norton line of computer protection software, 57 percent of computer users who store personal data on their PC’s conscientiously back it up. Those people can feel very good about themselves, because the same survey found that a quarter of computer users have lost computer data like documents, photos and music files, most commonly when the computer crashes.

The article recalls the emotional trauma suffered when personal pictures are lost. And, frequently, that trauma is matched by a significant monetary blow when the value of downloaded music and videos are taken into account. This has spurred an upsurge in the sale of external harddrives.

The recognition of the monetary value of data is one force driving the sales of external hard drives. The NPD Group, the market research firm based in Port Washington, N.Y., estimates that the market for external hard drives will grow 33 percent this year, to a $500 million category. That is largely because devices like the Western Digital My Book, Maxtor OneTouch or the Seagate Pushbutton Backup drives are easier to use and more stylish than past models. Moreover, for about $150 you can get 160 gigabytes of storage, or about twice as much as you got for that price just three years ago.

While backing up data is a great idea, where you back it up is just as important.

For all those people who are feeling pretty good about themselves, here is something else to worry about: what happens to those beloved family photos or your extensive music collection if something should happen to your PC and your backup? A fire, flood or earthquake could destroy the backup sitting inches from the PC.

Just as Singapore’s assets are huddled together on that beautiful island, backed up data located in the same general area as primary data provides only so much protection. The article continues,”For years, big companies have been storing their backed-up data in multiple locations to protect it from disasters.” For example, following the 1993 bombing in the World Trade Center garage, the brokerage firm Cantor Fitzgerald moved its data off site. As a result, following the horrific events of 11 September 2001, the company, despite its tragic loss of employees and virtually all of its office infrastructure, was able to reopen within a week from distributed locations manned by surviving employees. Companies involved with data backup see personal off-site storage as a good business opportunity.

Seagate, the leader of the hard-drive industry, is trying to solve the off-premises backup problem. It is pushing a device from its newly acquired Maxtor unit that allows consumers to back up data at home and off premises. The 500-gigabyte device, called Fusion, allows consumers to link the external drive to the home network so any computer on the network can grab content there. Access is also possible from outside the home. The device comes with some elegant software created by Fabrik, a start-up company in San Mateo, Calif., that turns the hard drive into a personal version of Flickr or YouTube — you can invite others to view content. Some of the content on the drive can be designated public and the rest remains protected. The data can also be stored on Fabrik’s servers for 99 cents a month for one gigabyte of data and 49 cents for every gigabyte after that. One gigabyte is enough room to store 250,000 pages of text, 200 songs or about a thousand photos. … Apple has been offering a backup service to Mac users who sign up for a .Mac account. It sells a one-year membership that entitles a user to one gigabyte of storage for $100. An additional three gigabytes costs $100 more. There are several online backup services that work with the backup program on Microsoft’s XP operating system. For instance, Xdrive.com offers five gigabytes for $100 a year, and Backup.com offers the same amount for $500 a year. It is worth shopping around for the best deal or considering a work-around. Google offers 2.7 gigabytes of storage space for anyone with a Gmail account. Although most people use it for archiving their e-mail messages, that is enough space to store 500 songs or 2,500 photos and a few spare Word files. You can do that by sending yourself an e-mail message with the files as attachments. There’s an even easier way to take advantage of Google’s largess. Users of Internet Explorer can download a program called Gmail Drive.

Although that may sound like a good solution, the article mentions that off-site storage has not been very popluar because of privacy and trust issues. If individuals are concerned about off-site storage, they are not alone. Polls have shown that over 50 percent of companies are uncomfortable with outsourcing data because 30 percent of companies that do outsource data have had emails intercepted and 20 percent have experienced hacker attacks on application servers. Nevertheless, real resiliency requires a certain amount of distribution. As Yossi Sheffi’s seminal work The Resilient Enterprise makes clear, resilient organizations both anticipate disruptions and actively position themselves to prevent them or mitigate their effects. Personal resiliency requires the same sort of pro-active planning. 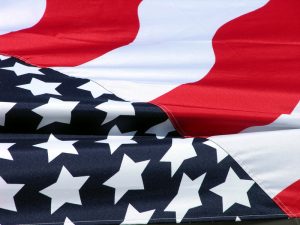