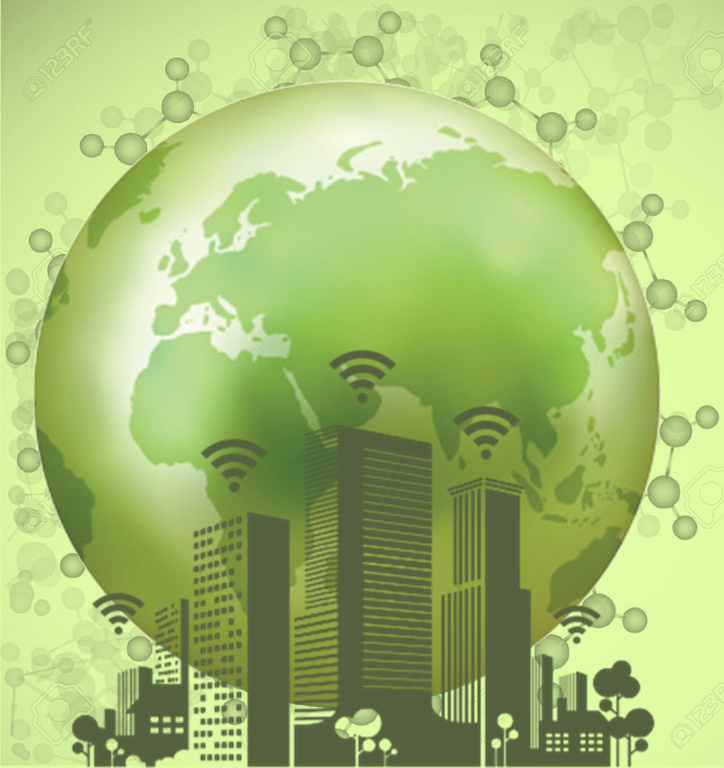 If you live in India (or follow what’s happening on the sub-continent), you know there has been a lot of discussion about smart cities. The excitement was created by the government’s commitment to fund 100 smart around the country. Other countries are also considering how to make their cities smart; but, nothing like the excitement in India has been generated. In an article published earlier this year, Rene Millman (@ReneMillman) rhetorically asks, “Do we really need smart cities?”[1] The short answer to his question is: “Yes, we do need smart cities.” Millman explains, “Cities consume a lot of energy, output most of the world’s carbon emissions, and account for the consumption of the majority of the world’s natural resources. This means how we build, manage and run cities will be key to [the] future. So the idea of smart cities has come to prominence as a means of ensuring the smooth operation of urban areas. … ‘Smart’ technology provides the means for cities to address a range of difficult issues with which they are faced — sustainability, congestion and wider use of public transport, traffic management and energy management.” John Horn, Chief Executive Officer at Ingenu, believes three driving forces have made smart city initiatives viable. They are: networks, mobility, and advanced analytics.[2] He explains:

1. Network longevity: Cities were once hesitant to implement municipal networks. Decision-makers were cautious of the consequences of technological obsolescence and network sunsetting. However, many of today’s low-power, wide-area networks (and the devices that operate on them) are designed exclusively for machine connectivity. They can operate for years without being serviced. The dawn of this technology has made it easier for cities to future-proof their technology, making smart city investments more desirable.

2. Mobility: Much of the rapid growth and evolution we’re seeing is being driven by constituents themselves. Modern citizens have grown accustomed to having services such as banking and navigation at their fingertips at all times. This demand has led smart cities to deliver much more than just wireless connectivity; they will use the data collected to provide citizens with intelligent applications that can enhance their quality of life. Apps are already available to help citizens pay for parking and report municipal issues, and we should expect to see plenty more emerge in the coming years.

3. Improved analytics: In the past, simple sensor devices were placed on networks to gather important data such as temperature, operation or motion. Today’s devices are smarter and more capable, and they are powering more comprehensive collection of data. Where early devices might have only measured humidity, today’s devices can measure atmospheric components and predict more complex air quality patterns. With more coherent data comes better analytics, and city leaders are taking note of this trend.

The network that will provide the nervous system for smart cities is the Internet of Things (IoT). And the technology that will empower the IoT is artificial intelligence (specifically cognitive computing systems). Cognitive computing systems can ingest, integrate, and analyze both structured and unstructured data as well as deal with many more variables than older analytic systems. What this means is that urban systems no longer need to be operated in isolation. Smart cities of the future will manage resources in a much more holistic way. “In the future,” Horn concludes, “smart city initiatives will become much more strategic in nature, and our cities will only continue to get smarter as a result.”

Effective and efficient use of resources are reasons enough to encourage smart city initiatives; but, Ashima Sukhdev (@ashsukhdev), a Project Manager at the Ellen MacArthur Foundation, and James Pennington (@Jimmypennington), a Project Specialist at the World Economic Forum, believe quality of life will also be improved as cities get smarter.[3] Sukhdev and Pennington are both proponents of the circular economy and believe its concepts will play an increasingly important role as smart cities mature. To learn more about circular economies, read my articles entitled “Embracing a Circular Economy” and “Does the Circular Economy have Legs?” Sukhdev and Pennington explain, “Sensors and smart phones will be able to track materials and assets, letting people know when they are not being used, about to break or where they are. This will unlock huge amounts of spare capacity in the system, creating new business models that will drastically change the way the city functions. The digital circular city would not only save resources but would change the citizen’s experience for the better.” Although I agree with their conclusions in principle, I’m skeptical about some of the ways they envision the digital circular city will evolve. One area in which we are in total agreement is the emergence of smart electrical grids. They explain:

“Current grid systems are relatively inefficient; long distance energy transmission from centralized power plants can lead to losses of up to 30 percent. In the future the IoT could lead to a distributed energy network. Households, factories and public buildings will generate their own electricity from renewable sources, using the excess space in walls, roofs and even windows for solar and wind generation. These connected devices will then store any excess energy in various batteries, including the ones in cars or homes — these distributed energy systems could reduce electricity bills by up to 25 percent. All energy-generating entities will be connected through a grid, allowing them not only to be self-sufficient, but also to contribute to the supply stability of the whole region.”

Like Horn, they see mobile technologies playing a major role in smart cities. “In an IoT-enabled city,” they write, “real time traffic data streams, car sharing schemes and mobile parking apps will smooth the experience, decreasing road traffic, emissions and time wasted. Transport apps will use real time traffic and public transport data to offer citizens the quickest route to their destination by bike, train, self-driving car or bus.” I am a bit skeptical, however, about their visions of shared homes and shared buildings. Although Airbnb has proven popular, it has met with some obstacles as well. Sukhdev’s and Pennington’s vision of shareable homes involves turning homes into workspaces while owners themselves are at work. They explain:

“Citizens could make even better use of their assets by converting an extra room into a secure office, rentable on a city-wide sharing platform. Should someone want to rent it on a given day, the heating will quickly power up in time for the temporary resident to feel comfortable and welcome. Demand is likely to be strong — the connected city will have more remote workers and contractors who would appreciate the quiet space.”

Their vision for shareable commercial buildings is a more likely scenario; but, achieving that vision will require major cultural shifts. Changing cultural norms takes time. That’s why Jordan Golson (@jlgolson) argues we are likely to have smart cities before we have smart homes.[4] Golson’s basic argument is that smart city technologies make sense right now whereas smart home devices, beyond smart thermostats, remain an uneconomical investment for most people. In the end, I suspect that economics will control how smart cities (and smart homes/buildings) evolve. We are all more aware of how precious resources are becoming and how our actions can affect the global environment. The wise use of resources is the biggest reason the world needs smart cities.