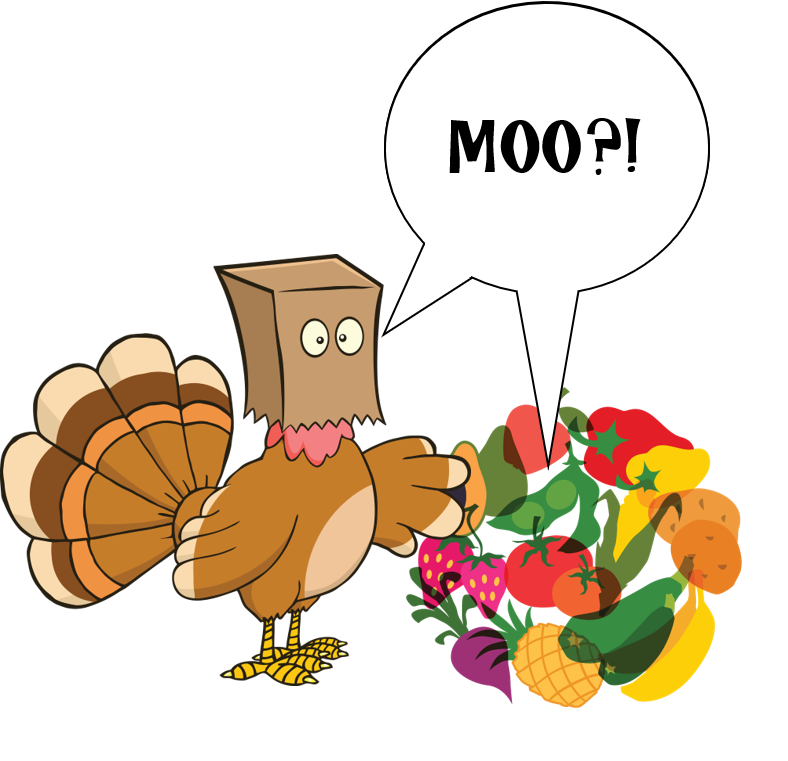 Will Our Food Future Suffer an Identity Crisis?

If you’ve watched much television lately, you’ve undoubtedly seen Burger King commercials touting their meatless Impossible Whopper. The commercials feature amazed customers claiming the Impossible Whopper tastes exactly like the original Whopper. One customer even calls Burger King a “liar” for claiming the Impossible Whopper isn’t made with beef. Aly Walansky (@alywalansky) reports, “The patty itself is made from Impossible Foods’ signature burger blend which includes soy protein, potato protein, coconut oil, sunflower oil, salt, yeast and a variety of emulsifying agents. The key, not-so-secret ingredient is heme, an iron-rich molecule that gives Impossible burgers a meaty taste.”[1] Emerging meat-substitute products force Jaden Urbi (@jadenurbi) to ask, “What is meat?”[2] She adds, “Back in the day, the distinction was simple. Animals are meat, and plants are not. But now, it’s getting a lot more complicated thanks to cultured, or what some might call ‘fake,’ meat.”

With the rise of cultured and plant-based “meat” and plant-based “milk,” beef and dairy farmers have mounted strong campaigns to get politicians to define “meat” and “milk” in terms supporting their industries. The Center for Food Integrity (CFI), a food industry supported organization, apparently believes consumers aren’t smart enough to understand the difference between alternative products and “real” products. CFI staffers write, “As legal battles are waged across the country regarding new laws prohibiting the use of words like ‘milk,’ ‘meat’ and ‘burger’ for alternative versions, new research from The Center for Food Integrity shows that a significant and growing group of health-conscious consumers is confused by the mixed messages they’re receiving about the ‘real deal’ and the substitutes entering the market.”[3] Are “health-conscious consumers” really that slow? Author and vegan Colleen Patrick-Goudreau (@JoyfulVegan) bluntly states, “Meat and milk companies think customers are stupid.”[4] I don’t fault industries for trying to protect their interests; but, Patrick-Goudreau has a point, “Meanings evolve, words change, context matters, and consumers aren’t stupid.” Are we headed for a future in which the foods we eat suffer from an identity crisis?

Sources of a potential identity crisis

Meat: Ethan Brown, founder and CEO of Beyond Meat, welcomes the fight with the beef industry. He told Urbi, “I think it actually could help us more than it could hurt us because it starts the national dialogue around what really is meat, and if the origin of meat really matters to the consumer.” The same could be said about milk products and other plant- or insect-based products. Urbi continues, “The cattle ranching group contends that if a product is going to be labeled ‘beef,’ it should come from the flesh of cattle. And that means products like veggie burgers and Tofurky won’t make the cut. While these foods are commonly dubbed ‘fake meat,’ there’s a little more to the meat-substitute market than that. The Good Food Institute, which advocates a sustainable food supply, breaks meat-substitute products into two categories: clean meat and plant-based meat. Clean meat refers to ‘meat’ grown in a lab from a small amount of animal stem cells. … Plant-based meat is anything that mimics traditional meat but is made mainly using plant ingredients.” In both cases, however, they use the term “meat.”

Urbi goes on to note the fight between alternative meat manufacturers and the beef industry are likely to grow more tense. She explains, “Data from HealthFocus International show that 60 percent of U.S. consumers claim to be reducing their consumption of meat-based products. Of those cutting back, 55 percent say the change is permanent. So for companies cashing in on the growing plant-based food market, a naming war could make for a rocky relationship with the beef industry.” Dale Kelly reports algae-based proteins is poised to become a contender in this arena. He writes, “Akin to the explosive growth of plants in the sector, algae proteins are set to undergo massive market growth and widespread adoption. In their own regard, algae-based products are on track to further redefine the future of the food and beverage industries because they offer better tasting proteins and improve functionality for specific applications.”[5] At the end of the day, the definition battle will likely prove to be a delaying tactic in a losing battle for the beef industry.

Milk: The definition battle is also raging in the dairy industry. A couple of years ago, the Good Food Institute submitted a petition to the U.S. Food and Drug Administration (FDA) asking the agency “to issue a new rule to end the longstanding debate over whether plant-based milks can use the term ‘milk’ to market their products.”[6] Chase Purdy (@chasepurdy) reports, “The dairy industry thinks plant-based companies should avoid the word altogether, while the startups argue it should be fine so long as they aren’t trying to pass their products off as conventional milk. This legal dust-up over the meaning of the word ‘milk’ is only a precursor to the wild and wooly debate over the future of food on the horizon, one that stands to catch the attention of all three branches of the American government.”

Other: Up to this point, I’ve primarily discussed plant-based alternatives to meat and milk products. There is a whole other discussion going on about insect-based foods. In the future, the flour industry, joined by grain growers, might join the battle over definitions over the meaning of “flour.” That’s because in countries like the United States, insect flour will likely make a greater impact in dining habits than other insect-eating opportunities. Journalist and nutritionist Cathy Wong (@aboutcathy) writes, “The latest wonder food to earn major buzz in the wellness world: cricket flour, a protein-packed powder made from roasted, milled crickets. Touted as a nutritional powerhouse, cricket flour is also hailed as a sustainable food source for the future.”[7] Eating insects or insect byproducts is not a new phenomenon. Annie Gasparro (@Annie_Gasparro) reports bug eating is poised to make inroads in the global food market. She writes, “Eating insects, a practice known as entomophagy, is described as far back as the Old Testament. Including such delicacies as fried locusts in Thailand, grasshoppers in Mexico and water bugs in China, some two billion people regularly partake, many of whom, according to the United Nations, consider insects a crucial source of nutrients. The global edible insect market was valued at $424 million last year, and is expected to reach $723 million by 2024, according to Persistence Market Research.”[8]

Patrick-Goudreau concludes, “The attempt to control the words used by plant-based companies — words that are already part of the public’s vernacular — is a desperate and short-sighted ploy to save a dying paradigm.” Whenever something new comes along, people try to describe it using commonly understood language. Meat, milk, and flour are the types of words people immediately connect with and understand. If the beef and dairy industries succeed in their efforts to change labeling practices, it will be interesting to see what terms develop to replace them. Unfortunately for the beef and dairy industries, those new terms could become as familiar as meat and milk without any associative benefits accruing to their industries. In the long run, food is about taste and flavors. The Impossible Whopper is being touted because it tastes like something people already love. The enjoyment of food relies on how all our senses perceive them. I suspect the future of foods will involve cognitive technologies helping companies develop alternative foods that taste like the real thing. To some extent, Enterra’s SensoryPrint™ technology can already do this for flavors. The range of possibilities is endless and I don’t think an identity crisis will arise unless industry lobbyists force manufacturers of alternative products to invent new names for their products.