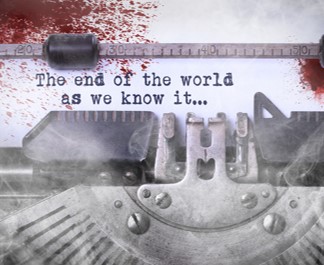 Will AI and Automation Decimate the Middle Class?

Job losses have been a recurring topic during the COVID-19 pandemic and many analysts are predicting the pandemic will hasten the day when artificial intelligence (AI) and automation will permanently displace millions of workers. When I read stories about such massive job losses, what comes to mind is the R.E.M. hit song whose chorus goes, “It’s the end of the world as we know it and I feel fine.” The world constantly changes. The old saying “you can never step in the same river twice” applies equally well to the river of history. However, we won’t feel fine if we don’t take steps to avoid a dystopian future in which millions of people drop from the ranks of the middle class because they are either unemployed or underemployed. Jack Kelly (@wecruitr_io), CEO & Founder of WeCruitr.com, explains the current situation this way:

Dominik Schiener (@DomSchiener), a co-founder of the Iota Foundation, believes resistance to AI and automation is futile. He writes, “The negative view on automation isn’t the fault of anyone in particular, it’s simply the way that humanity reacts to innovation. Across numerous industries throughout the decades, there has always been a pervasive fear that robots are going to take our jobs. While there has been plenty of evidence that automation ultimately moves human workers off production lines, automation often needs human interaction in order to operate within acceptable margins. When we think of these robots taking our jobs and get angry, we’re holding on to an antiquated task view of the world that, with or without us, is going to change.”[3]

Accepting change and feeling good about it are very different emotions. There are a lot of workers who won’t feel fine when AI and automation end the world as they know it. Journalist Amanda Shendruk (@AShendruk) observes, “Workers hit hard by Covid-19 layoffs may be in for another blow: automation. Many jobs lost to coronavirus-induced cutbacks are those at risk of being replaced by technology, like positions in the service sector. Because of this, researchers at the Federal Reserve Bank of Philadelphia believe the pandemic has likely accelerated the process of automation in a number of occupations.”[2] Lei Ding, author of the Bank’s study, told Shendruk, “Automation is happening at a faster pace now. Many jobs that could be replaced in the next 10 years — that’s happening in a few months, now.” Shendruk’s article contains an interactive graphic showing employment change from January to August, 2020, compared to automation risk. Jobs at the top of the chart are in greatest danger of being eliminated thanks to AI and automation. Those jobs include: Taxi drivers; restaurant servers; highway maintenance workers; school bus drivers; cashiers; and shipping, receiving & inventory clerks.

Schiener notes, however, “Nearly every robotic process or automation creates a new job for a human. The new normal demands not only human oversight for robotic implementation but complementary roles that will see human jobs created to work in conjunction with these so-called robots. AI needs to be trained, delivery robots need to be maintained, and so on. This isn’t to say that the jobs robots will be taking are not worth the effort of humans to keep for as long as possible.” The problem, of course, is that newly created jobs generally require very different skill sets than those possessed by workers being displaced. Lucia Rahilly, global editorial director of McKinsey Global Publishing, writes, “Automation will leave few roles untouched — and not everyone will be reskilled or redeployed successfully.”[4] That’s why policymakers need to be thinking urgently about the future before it becomes dystopian.

Rahilly observes, “Change is a constant. We knew that even in the prelapsarian days before the outbreak of COVID-19. But we didn’t know how fast that change could happen. In the grips of the pandemic, companies and their employees have had little time to devise new ways of working. And the changes will keep coming: artificial intelligence, automation, augmented reality — all the technologies we’ve been talking about in recent years will become fair game.” In an interview, Bill Schaninger, a senior partner at McKinsey, told Rahilly, “Now the question is, ‘We have a group of employees capable of doing something today. How can we ensure they’re able to do something different tomorrow?’ The answer falls into three categories: ‘Redeploying,’ or moving somebody elsewhere in the company. ‘Upskilling,’ or taking the essence of what employees do and improving it — helping them become more advanced, more gifted at what they do. And ‘reskilling,’ which is old school: training you in something new. That last one has gotten the bulk of the press coverage because it touches on things like purpose, social responsibility, employer obligation, and employee rights.”

The key to a thriving economy and social stability is a strong middle class. Workplace disruptions and job losses will adversely affect the middle and lower classes of workers. Marcus Casey (@MarcDCase), a Nonresident Fellow in Economic Studies at the Brookings Institution, believes most adverse effects can be mitigated through upskilling or reskilling. He writes, “Automation and artificial intelligence are projected to either replace or fundamentally change human effort in many occupations. Some jobs may become obsolete. But the potential gains in productivity and efficiency from these technologies will likely transform legacy industries and lead to the emergence of new industries, generating new tasks and jobs. Displaced workers and new labor market entrants alike will therefore need to invest in skills and knowledge that complement these technologies.”[5]

Schiener concludes, “We have to start coming to the realization that at the current speed of AI as it is being implemented in industries large and small, there will be attrition. There has to be attrition, as this is the only solid path to innovation. This isn’t to say that the only path to innovation is the job loss of human workers or that they should then somehow turn their unemployment into innovative ideas — although, some inevitably will. … The idea of robots taking jobs has always brought with it a generally negative view of the entire picture. The focus is often on a singular job or role that has been replaced by a robot rather than the jobs created by that automation. The bigger picture is one of change, of a constantly shifting way of thinking and doing business. AI brings with it the ability to analyze unimaginable data sets, automate previously unattainable processes, and bring forward a future that will ultimately provide jobs for everyone.”

There will be real pain and severe consequences for some people who are made redundant by AI and automation. Kelly observes, “Concerns of new technologies disrupting the workforce and causing job losses have been around for a long time. On one side, the argument is automation will create better new jobs and erase the need for physical labor. The counterclaim is that people without the appropriate skills will be displaced and not have a home in the new environment.” Kelly cites entrepreneur Andrew Yang who notes, “Advances in automation and Artificial Intelligence hold the potential to bring about new levels of prosperity humans have never seen. They also hold the potential to disrupt our economies, ruin lives throughout several generations.” Even in the current, dysfunctional politic environment, both sides of the political aisle should be able to find ways to avoid a dystopian future in which the middle class declines. Both political parties insist they are fighting for the middle class. It’s time they get together and prove it. As Kelly concludes, “Technological innovation doesn’t have to stop, but it has to be monitored and analyzed to ensure that we don’t go past the point of no return.”