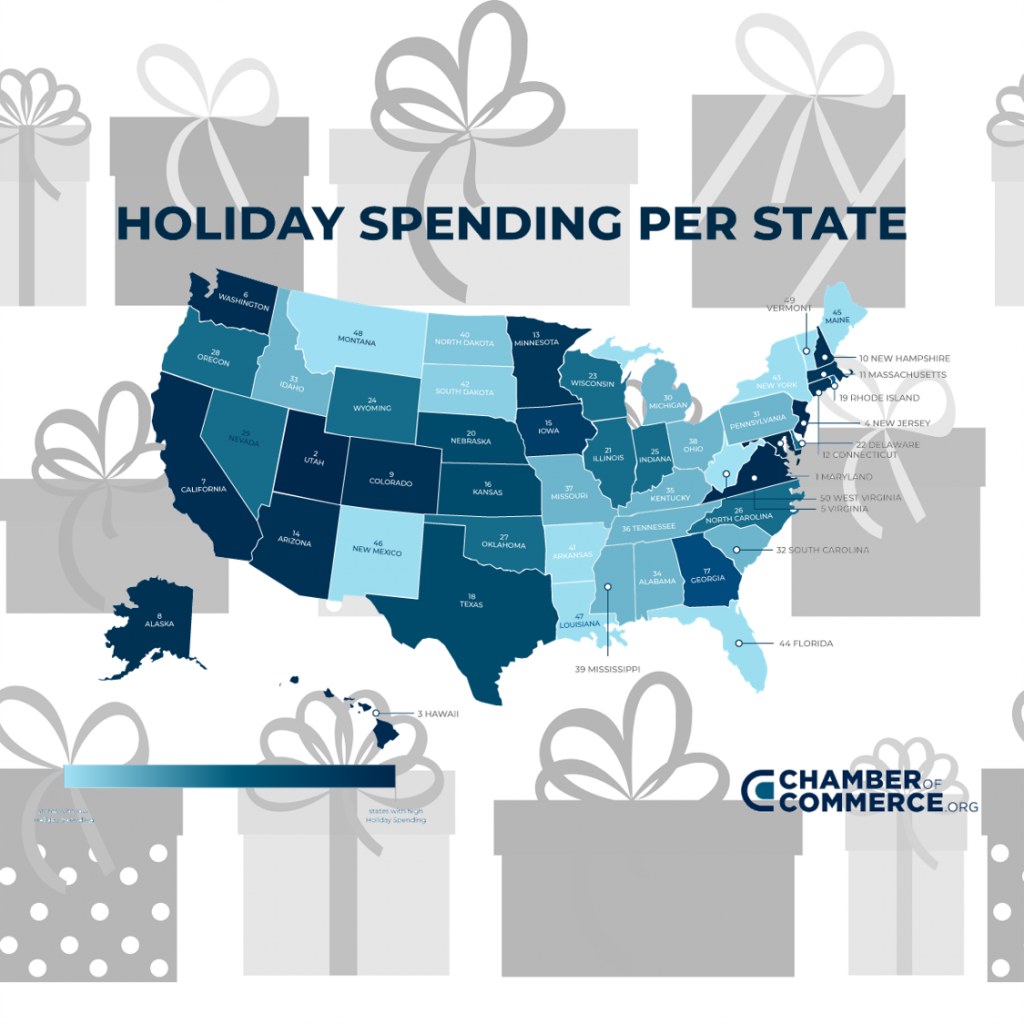 In some locales it might be turning cold outside, but holiday shopping is heating up. People often catch the holiday shopping fever in the days following Thanksgiving. Lisa Rowan reports, “The National Retail Federation expects holiday retail sales to total between $727.9 billion and $730.7 billion this year. … That total would be an increase of 3.8% to 4.2% over 2018’s retail sales during November and December.”[1] In a statement accompanying release of the holiday sales projections, NRF Chief Economist Jack Kleinhenz said, “There is significant economic unease, but current economic data and the recent momentum of the economy show that we can expect a much stronger holiday season than last year. Job growth and higher wages mean there’s more money in families’ pockets, so we see both the willingness and ability to spend this holiday season.” This upbeat news is not uniformly shared. Daphne Howland (@daphnehowland) writes, “The November/December season hasn’t been an industry-wide celebration for the past five years or so; instead, there are winners and there are losers, according to Kasey Lobaugh, chief retail innovation officer and omnichannel retail practice leader for Deloitte Consulting. While the consensus holds that a generally thriving consumer bodes well for the holidays this year, there is, of course, not one consumer but many, on a variety of budgets, facing a range of financial realities.”[2]

Where you live matters

Figures, like those released by the NRF, give the perception that retailers will do uniformly well and experience the same sales growth rate across the board. Lobaugh’s reminder ― that individual consumers have different budgets and face different circumstances ― highlights the fact that details matter. Rob Lora, Media Outreach Manager for the Chamber of Commerce, contacted Enterra® and directed us to an intriguing article published by the Chamber which examines holiday spending state-by-state. The Chamber used its own algorithm, which “takes into account household income, expenses, debt, cost of living, and savings,” to reveal “which states have the ability to splurge on the holidays and which states can’t.”[3] According to the article, “Everyone spends a little extra during the holidays, but consumers in Maryland and Utah spend more ― a lot more. The average consumer spends $1,047 on the holidays, but consumers in Maryland spend twice that. Maryland residents have the highest discretionary income to spend during the holidays with $2,241 at their disposal to spend. … While the amount of money that Maryland residents shell out for the holidays is impressive, Utah also has a holiday budget that’s north of $2,000. Residents of the Salt Lake State spend $2,195 on the holidays.”

States with consumers at the other end of the spending scale include: West Virginia ($60); Vermont ($111); Montana ($328); Louisiana ($342); and New Mexico ($373). The article notes, “It’s not surprising that the state with the lowest holiday budget also has the lowest median household income. The median household income in West Virginia is $44,097, according to the U.S. Census Bureau. West Virginians make about half of what Marylanders do.” The article notes, “An estimated 19.1% of West Virginians live in poverty. … In addition to low income and high poverty, West Virginia’s economy was ranked the fifth-worst economy in the U.S., behind Hawaii, Mississippi, Louisiana, and Alaska. A sluggish economy doesn’t encourage spending.” Lobaugh told Howland, “The winners and losers, if history and trends continue to play themselves out, are a reflection of the continued bifurcation of the consumer and the retail environment.” That bifurcation refers to the wealth gap she insists is “the biggest it’s ever been.” That difference in income makes a huge difference, with the average Maryland consumer spending over 37 times the amount of money on holiday gifts as West Virginia consumers. Howland adds, “Even those who are financially comfortable can hit road bumps. The well-to-do sometimes take a hit that impacts their spending, as happened last year, when a December stock market slide was blamed for holiday sales trailing off. That could happen again this year.”

The staff at RetailMeNot notes 20 percent of consumers begin shopping in September or earlier, with 15 percent beginning their shopping October, 26 percent before Thanksgiving, 25 percent Black Friday or later, and 14 percent holiday shopping year-round.[4] The Chamber of Commerce observes, “Holiday shoppers tend to spend the most money on holiday gifts, but the amount spent on food and the occasional personal gift can add up too. Holiday shoppers spend about 60% of their holiday budget on gifts for their family.” Where is the remaining 40 percent spent? According to the Chamber, “An estimated 20% of the money spent during the season will go towards non-gift related items like food, candy, decorations, flowers, greeting cards, and postage. An estimated $227 will go into this ‘non-gift’ category this year, says NRF. The last piece of the holiday pie goes toward personal gifts that get scooped up when shoppers find a deal that’s too good to pass up. Usually, these purchases are impulse buys, which is why they’re in a category of their own. The NRF says shoppers will spend $162 on themselves this year.”

According to the RetailMeNot staff, “Only 1 in 3 Americans are currently aware that [this year] there is nearly one week less between Thanksgiving and Christmas compared to 2018.” The realization consumers have fewer days to shop will hit them when they see the days fleeting by. Whether that realization will force them to shop on-line or rush to brick-and-mortar stores remains to be seen. Physical stores are certainly hoping it’s the latter. Pamela DeLoatch observes, “Brick-and-mortar retailers are searching for ways to offer benefits that online stores can’t. Competing on price isn’t a successful long-term strategy, and offering personalized services may not be enough. Retailers are looking at new ways to connect with consumers, by creating experiences.”[5] Experiences are also become a holiday gift item. Although the RetailMeNot survey didn’t mention experiences, a 2018 Accenture study found, “The typical gift that shoppers are buying is changing. Instead of giving products, consumers are increasingly giving experiences. Accenture reports that while consumers are expected to spend more money on gifts, instead of buying products (i.e., neckties, perfume), consumers will spend money on travel, dining out and gifts of services, such as lawn care or spa treatments.”[6] As noted above, all that depends on where you live and how much you have to spend.