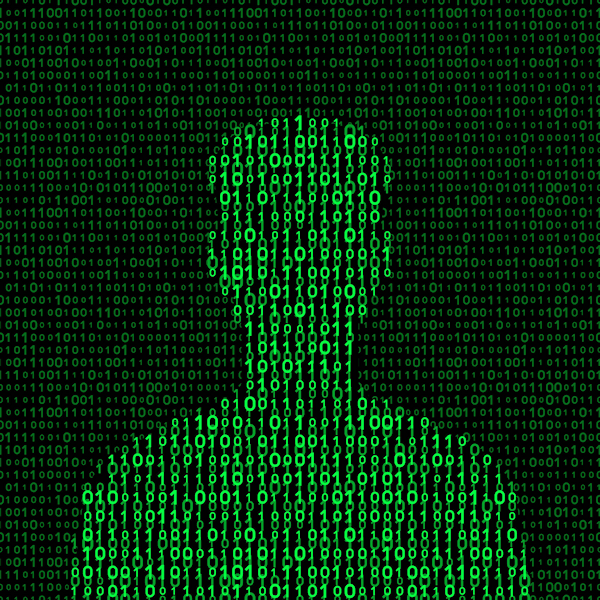 Welcome to the Matrix — Maybe

Most people have watched or heard of the 1999 science fiction film “The Matrix.” The premise of the movie is that humans unknowingly become the energy source for sentient machines. To keep humans docile donors, the machines tap into human minds and generate a simulated reality in which they live. Sound farfetched? Over the years, a number of articles and talks have been given on the subject. The topic was once again raised in a podcast called StarTalk, hosted by astrophysicist Neil deGrasse Tyson. Concerning that podcast, science journalist Anil Ananthaswamy (@anilananth) writes, “Such conversations may seem flippant. But ever since Nick Bostrom of the University of Oxford wrote a seminal paper about the simulation argument in 2003, philosophers, physicists, technologists and, yes, comedians have been grappling with the idea of our reality being a simulacrum.”[1] In the abstract to his 2003 paper, Bostrom argues, “At least one of the following propositions is true: (1) the human species is very likely to become extinct before reaching a ‘posthuman’ stage; (2) any posthuman civilization is extremely unlikely to run a significant number of simulations of its evolutionary history (or variations thereof); (3) we are almost certainly living in a computer simulation.”[2]

The argument for matrix living

In a 2014 TEDx talk, astrophysicist, cosmologist and Nobel Prize winner George Smoot told the audience he was going to try and convince them that they were simulations “and that physics can prove it.”[2] He went on to admit he probably wouldn’t convince anyone they were simulations; however, he, at least, wanted to “create a sliver of doubt” in their minds. He argues “that the world includes two kinds of things: the mental and the physical.” He goes on to argue, “In cosmology, … we have the anthropic principal, that is, a philosophical concept that the universe must be compatible with conscious life that observes it. And there’s a strong version and a weak version. One of them that says the universe is compelled to have conscious life emerge, and the other says that the universe is fine-tuned for life to be necessary.” He goes on to present Bostrom’s three hypotheses and discusses the likelihood of each of them. In the end, he raises more questions than providing definitive answers. Just looking at the numbers — the vastness of space, the possibility of life elsewhere, the amount of time the universe has existed, and the advances in computer science humans have made — he concludes, “The probability becomes fairly likely that any being that has a behavior or activities and experiences like us is simulated.” You can watch his entire talk in the following video.

Are we ever going to know whether we’re actually a simulation? Probably not. Houman Owhadi, an expert on computational mathematics at the California Institute of Technology, explains, “If the simulation has infinite computing power, there is no way you’re going to see that you’re living in a virtual reality, because it could compute whatever you want to the degree of realism you want. If this thing can be detected, you have to start from the principle that [it has] limited computational resources.”[4] If we are ever going to discover whether or not we’re all simulations, Owhadi believes it will involve experiments at the quantum level where strange things happen. For example, the double-slit experiment has demonstrated that light and matter can display characteristics of both classically defined waves and particles. Ananthaswamy writes, “Owhadi and his colleagues have worked on five conceptual variations of the double-slit experiment, each designed to trip up a simulation. But he acknowledges that it is impossible to know, at this stage, if such experiments could work. ‘Those five experiments are just conjectures,’ Owhadi says.” In the end, science writer Philip Ball (@philipcball) insists the argument comes down to this, “We already make simulations, and with better technology it should be possible to create the ultimate one, with conscious agents that experience it as totally lifelike.”[5] Ball continues:

“Some scientists argue that there are already good reasons to think we are inside a simulation. One is the fact that our Universe looks designed. The constants of nature, such as the strengths of the fundamental forces, have values that look fine-tuned to make life possible. Even small alterations would mean that atoms were no longer stable, or that stars could not form. Why this is so is one of the deepest mysteries in cosmology. … Others have pointed to some of the truly weird findings of modern physics as evidence that there is something amiss. Quantum mechanics, the theory of the very small, has thrown up all sorts of odd things. For instance, both matter and energy seem to be granular. What’s more, there are limits to the resolution with which we can observe the Universe, and if we try to study anything smaller, things just look ‘fuzzy’. Smoot says these perplexing features of quantum physics are just what we would expect in a simulation. They are like the pixelation of a screen when you look too closely.”

Is it really just mathematics?

The philosophical debate about whether we live in a simulation is likely to rage unanswered with poets on one side and mathematicians on the other. English writer and philosopher G.K. Chesterton once stated, “The difference between the poet and the mathematician is that the poet tries to get his head into the heavens while the mathematician tries to get the heavens into his head.” Chesterton may have been closer to the truth than even he realized. Ball explains, “A second argument is that the Universe appears to run on mathematical lines, just as you would expect from a computer program. Ultimately, say some physicists, reality might be nothing but mathematics.” He cites the work of two scientists: Max Tegmark, of the Massachusetts Institute of Technology, and James Gates, of the University of Maryland. Ball writes:

“Max Tegmark … argues that this is just what we would expect if the laws of physics were based on a computational algorithm. However, that argument seems rather circular. For one thing, if some super-intelligence were running simulations of their own ‘real’ world, they could be expected to base its physical principles on those in their own universe, just as we do. In that case, the reason our world is mathematical would not be because it runs on a computer, but because the ‘real’ world is also that way. Conversely, simulations would not have to be based on mathematical rules. They could be set up, for example, to work randomly. Whether that would result in any coherent outcomes is not clear, but the point is that we cannot use the apparently mathematical nature of the Universe to deduce anything about its ‘reality’. However, based on his own research in fundamental physics, James Gates … thinks there is a more specific reason for suspecting that the laws of physics are dictated by a computer simulation. Gates studies matter at the level of subatomic particles like quarks, the constituents of protons and neutrons in the atomic nucleus. He says the rules governing these particles’ behavior turn out to have features that resemble the codes that correct for errors in manipulating data in computers. So perhaps those rules really are computer codes? Maybe. Or maybe interpreting these physical laws as error-correcting codes is just the latest example of the way we have always interpreted nature on the basis of our advanced technologies.”

I suspect we will never know whether we are living in “The Matrix” or starring in something akin to “The Truman Show”; nevertheless, the prospect remains a fascinating one.