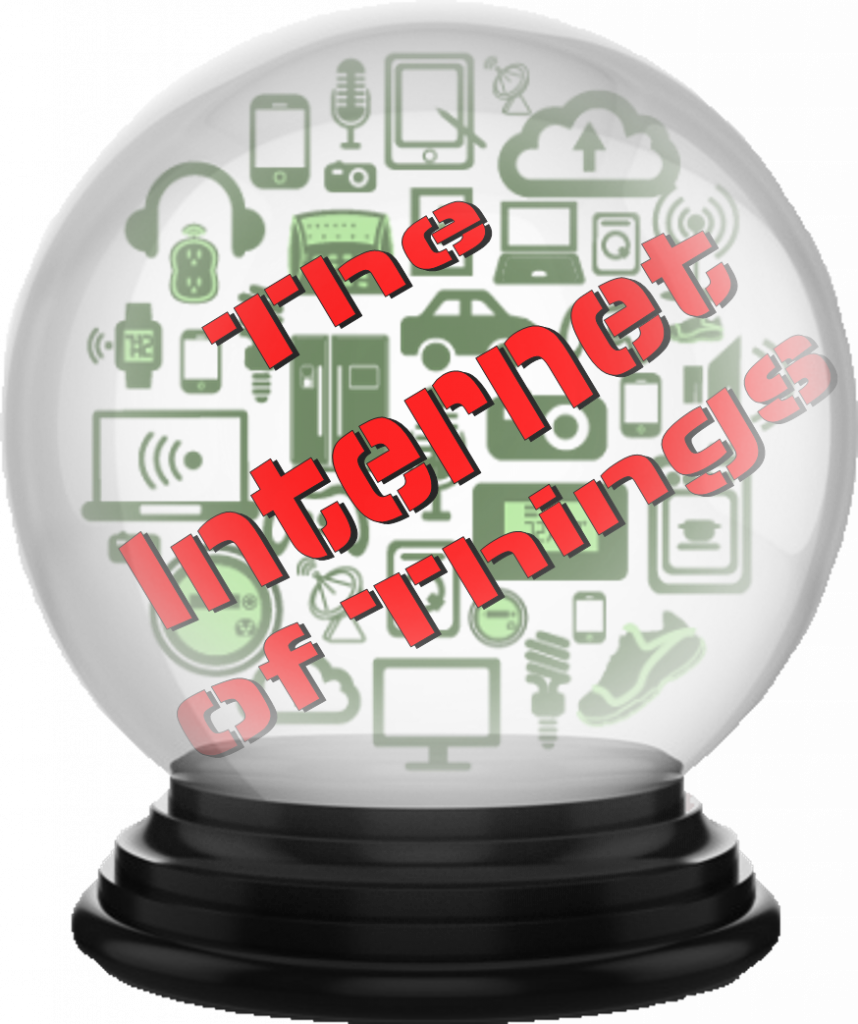 Trends and Predictions 2017: Internet of Things

“In 1905,” Jordan Rudow reports, “Popular Mechanics predicted that the ‘Electric Handshake’ would allow a physician to examine a patient in another city. This didn’t come to pass. (And if it did, you know the last thing [they would] be shaking is your hand.)”[1] Although Rudow calls this a hilariously inaccurate prediction, devices connecting people and smart machines are quickly becoming a reality. A doctor many never determine what ails you from an electronic handshake, but other connected electronic devices are aiding doctors around the world. Healthcare is just one area where the promise of the Internet of Things (IoT) is showing significant advances.

The Internet of Things (IoT), despite the implication of its name, is not a single network but a network of networks. This kind of arrangement has been referred to as a “splinternet.” Journalists at the Economist explain, “The word — and the concept — is not new. An entire book has been written about it. But it is likely to find greater currency in the coming years: ‘splinternet’, or the idea that the internet, long imagined as a global online commons, is becoming a maze of national or regional and often conflicting rules.”[2] The IoT seems to be developing along the same confusing lines — with fewer standardized rules at the moment. Many analysts believe the Internet of Things will form the nervous system of a new industrial revolution (aka Industry 4.0); so, predictions about its future should be of great interest, especially to business leaders. Gil Press (@GilPress), Managing Partner at gPress, reports, “Forrester argues that IoT’s potential to fuel business growth is accompanied by multifaceted complexity.”[3] Below are some of the predictions being made about the future of the Internet of Things.

The Internet of Things Continues to Grow

Analysts with the Business Insider Intelligence group forecast, “There will be 34 billion devices connected to the internet by 2020, up from 10 billion in 2015. IoT devices will account for 24 billion, while traditional computing devices (e.g., smartphones, tablets, smartwatches, etc.) will comprise 10 billion.”[4] They go on to note, “Nearly $6 trillion will be spent on IoT solutions over the next five years. Businesses will be the top adopter of IoT solutions. They see three ways the IoT can improve their bottom line by 1) lowering operating costs; 2) increasing productivity; and 3) expanding to new markets or developing new product offerings.” Forrester analysts predict that much of this growth will occur at the edges. They predict, “IoT software will be distributed across edge devices, gateways, and cloud services. IoT solutions will be built on modern microservices and containers that work across this distributed architecture. In addition, AI and machine-learning cloud services will increasingly be used to mine the data coming from IoT devices.”[5] If you are not familiar with the term “edge device,” Technopedia explains, “An edge device primarily enables a local user to connect and transfer data to a network, which is external or is non-propriety to the organization/user. An edge device serves as the entry point into a service provider, carrier or an enterprise primary network. They also provide network translation between networks that use different protocols.”[6]

The Internet of Things Gets Smarter

I agree with the Forrester analysts that AI and machine learning (aka cognitive computing) will play a significant role in the maturation of the Internet of Things. If the IoT forms the commercial world’s nervous system, cognitive computing will provide the brains. Brian Buntz (@brian_buntz), content director at Penton’s IoT Institute, predicts smarter technologies are going to be employed in the future. He explains, “While industrial applications of the Internet of Things are in many ways more advanced than consumer-facing applications, the average amount of computing power in early industrial IoT applications is typically unimpressive. Stanford lecturer Timothy Chou suspects that the things in the IoT will get smarter in 2017. At present, the industry uses machines that are frankly fairly dumb. Chou says in the future we’ll see more intelligent technologies.”[7] Among the “smart” activities that could be undertaken, Forrester analysts predict “we will see the first prototypes of smart contracts built on blockchain.” One of the reasons for using blockchain, of course, is security.

Forrester analysts also predict “there will be a large-scale IoT security breach.” They explain, “The areas where IoT has been rapidly adopted are the most vulnerable, e.g., fleet management in transportation, security and surveillance applications in government, inventory and warehouse management applications in retail, and industrial asset management in primary manufacturing.” If you don’t think security breaches are a big deal, Forrester analysts predict, “A Fortune 1000 company will fail because of a cyberbreach, more than 500,000 IoT devices will be compromised and national security risks will drive agencies to expand surveillance technologies, creating legal and ethical conflicts between governments and people.”[8] Nick Jones, VP and distinguished analyst at Gartner, states, “Experienced IoT security specialists are scarce, and security solutions are currently fragmented and involve multiple vendors. New threats will emerge through 2021 as hackers find new ways to attack IoT devices and protocols, so long-lived ‘things’ may need updatable hardware and software to adapt during their life span.”[9] Forrester analysts conclude, “Sadly, the recent DDoS attack that shut down 1600 websites in the U.S. is the tip of the iceberg when it comes to using connected devices to do harm.” One reason security remains an issue is a lack of standards for IoT devices.

IoT Standardization is Coming — but When?

Buntz laments, “The Internet of Things industry has a Tower of Babel problem. There is nothing close to a shared language, and there are a plethora of competing standards. ‘If I was a developer and I wanted to connect an array of different kinds of connected devices, it would be easier if there was a standard way for them to communicate,’ [Tamara] McCleary says. ‘But the standards are all over the place. And you won’t have a powerhouse like Google open and share open source standards. They want to retain control.'” That’s not good news. John Leonard, Research Director at Computing, writes, “To allow for increased interoperability the industry must consolidate around a number of secure open standards, the way the internet did with the World Wide Web Consortium (W3C). ‘The IoT has evolved with lots of different proprietary standards and there’s a latency overhead because we have to parse and serialise the data as it comes in,’ said Intellicore’s Declan Caulfield. A bigger problem with multiple competing connectivity standards is that it is hard for security vendors to know which ones to focus on, said Dave Page, CEO of analytics-as-a-service firm Actual Experience. ‘There’s an issue with proprietary hardware and software and operating systems because security companies have to hedge their bets about who they integrate with.'” I believe I can safely predict the standardization problem will not be solved this coming year.

The Internet of Things will Save Individuals and Enterprises Big Bucks

The IoT allows both commercial enterprises and individuals to create an ecosystem they can control. As a result, Business Insider analysts predict, “Consumers will lag behind businesses and governments in IoT adoption. Still, they will purchase a massive number of devices and invest a significant amount of money in IoT ecosystems.” Forrester analysts believe vendors offering IoT products and services “will absorb some of the cost of full home wireless coverage.” They explain, “A diverse set of businesses, ranging from internet providers such as Comcast or security alarm companies such as ADT, will acquire technology like mesh repeaters and get consumers over the whole-home connectivity hump to open the door for their offerings.” Why will large investments in these ecosystems be made. Gartner analysts explain, “The IoT holds enormous promise in reducing the cost of maintenance and consumables. The challenge lies in providing a secure, robust implementation that can deliver savings over one or two decades, without driving management costs that absorb any savings made. This could be an inexpensive monitoring system based on simple sensors that report defining characteristics to analytical servers. The analytics are used to spot patterns in the fleet data, and recommend maintenance based on actual usage and condition, not based on elapsed time or estimated condition.”

“Companies are learning that just because something can be hooked into the internet doesn’t mean someone will buy it,” writes Stephen Mraz. “In 2017, companies will turn out products that use connectivity to solve real problems, and some could be extremely successful. But they will have to learn how to be more adept in explaining to consumers how their connected products can improve their lives.”[10] Commercial enterprises need much less convincing about the value of the IoT; nevertheless, they are justifiably skeptical about how secure IoT systems will be.