The Need for Global Leadership

Yesterday I discussed the collapse of the Doha round of trade talks and its likely consequences. Were that the only failure on the international community’s balanced scorecard, I probably wouldn’t be so concerned. As Michael Barone recently wrote, the world is aswirl. Although Barone highlighted what is going right, it seems that the successes are more a consequence of globalization’s positive effects than any enlightened vision or leadership. Genuine global leadership will only be achieved when enlightened world leaders create and promulgate a set of governing principles that provide guidance for a world with an increasing and significant amount of instability. It must be a sweeping vision that deals with issues from super-empowered individuals to non-state actors to a rising hyperpower.

Leadership vision is most poignant in times of instability and is most needed and most effective when providing guidance in times of rapid change and during and after war. Following the Second World War, the “Wise Men” (the best known of which were Dean Acheson and George Kennan) promulgated a set of governing principles that detailed a road map for dealing with a bi-polar world and they deterred world war promoting the strategy of mutual assured destruction. This period marked the beginning of the third wave of globalization and the principles lasted until the fall of the Soviet Union in 1989. This group of wise men was not merely made up of pundits but it included men who were able to put their ideas into action. They looked at the post-WWII situation and realized that pre-WWII organizations were ill-equipped to deal with the challenges the world then faced. Instead of trying to adapt inadequate existing organizations, these leaders boldly acted to create new organizations that were better suited to emerging challenges. Among these organizations were: the United Nations, NATO, the International Monetary Fund and the World Bank, together with the early organizations that later became the European Union and the World Trade Organization.

We have watched these organizations adapt over the past half century, but they are beginning to look a bit long in the tooth. Yet as the fourth wave of globalization begins, new Wise Men have not stepped forward and a next generation grand ordering principle has not been put forth. Today’s leaders are still trying to adapt existing organizations to emerging challenges and they are simply not making the grade. A group of leaders, capable of making things happen, is needed to make an honest assessment of today’s organizations, changing those are capable of adapting and replacing those that aren’t. The United Nations, you recall, was not made out of whole cloth but built on parts of the League of Nation that had proved their worth. Some organizations are working and some aren’t. That’s one reason that today people more often look to Davos than New York to find out how nation-state power brokers are going to try to change the world.

One reason for this is that economics more than security is the driving force of globalization. Is it any wonder that a “Security Council” seems ill-suited to address many of today’s greatest challenges? Security and economics have for too long been considered in isolation. Organizations must align themselves with the times and they must be guided by principles that help nation-states array their resources in support of those principles. Any successful enterprise (and a functioning global system is the ultimate enterprise) must have an enterprise architecture that aligns people, processes, technology, and data in support of desired goals. The world is aswirl because it is misaligned. A vision is needed to help it get realigned.

A grand vision that inspires action makes the global system much more resilient because it becomes the touchstone that helps keep the whole system on track. Current events have an uncanny ability to sidetrack plans and without a direction it’s difficult to know when you are off the right track. I’m reminded of the incident when Alice, lost in Wonderland, comes upon the Cheshire Cat sitting in the branch of a tree at a fork in the road.

“Would you tell me please, which way I ought to go from here?” Alice asks.

“That depends a good deal on where you want to go,” responds the Cheshire Cat.

“I don’t much care where,” Alice replies.

“Then it doesn’t matter which way you go,” the Cheshire Cat wisely asserts.

But it does matter which way the world goes. The path the international community takes, determined by the vision it adopts, establishes the ordering principles around which the resources of the developed world can be mustered to benefit mankind. While some critics believe the nation-state is waning, its demise is overrated. The nation-state remains the primary driving force of the future. More states, not fewer, have been established over the past half century. Other new states (like one in Palestine) are likely to arise. The reason is that people believe that their interests and their security are best served by being governed by individuals who understand and appreciate their aspirations.

Why that fact has not had a greater impact on the vision that needs to be developed is baffling. The reason that Hamas and Hezbollah and al Qaeda are able to garner support is that they seep into countries through critical cracks in the foundations of those nation-states in which they operate. They don’t just espouse hatred and violence, they set up clinics and hospitals, they establish charities, and make people feel like their interests are being taken seriously. They do this because the state has proven incapable of providing these things. If you want to prevent disruptive groups from gaining footholds in failing states, then a two-pronged approach is necessary. The first prong deals with security (development cannot take place in an insecure environment). As Tom Barnett is fond of saying, “FDI is a coward.” Investors are not going to provide resources to places where the risks far outweigh potential returns. Tom has proposed two types of forces for dealing with instability and insecurity – a Leviathan force to win conflicts and a System Administrator Force to secure the peace.

The second prong deals with development. Nation-states must be brought up to a certain standard in order to attract investment, create jobs, build infrastructure, and provide social services. If the economic and structural well-being of states is not addressed simultaneously with their security challenges, the developed world will continue to expend their resources trying to eliminate groups that fill the gaps they leave by not addressing them. Tom and I are not suggesting that a System Administrator force complemented by a Development-in-a-Box™ approach represent the vision, only that they are necessary tools to support such a vision.

An organizing vision, complemented by tools that help implement it, can result in win-win situations. In his brilliant book Nonzero, Robert Wright, explains:

Tom and I are realists (or maybe progressive realists) as well as optimists. We understand that self-interest will continue to drive foreign policy. Wright, however, demonstrates that enlightened self-interest permits one to engage in win-win foreign policies where all benefit. Hopefully, enough voices will be raised across the globe so that the efforts of world leaders can be channeled into finding the vision that will ignite the passions of rich and poor alike. Once ignited, however, those passions must be turned into actions that realign international organizations, array national resources in support, and improve the structural capacities of states so that they can assume control of the own future. Envision, plan, and implement. Without the vision you can’t plan. Without planning you can’t successfully implement. Unfortunately, that is actually what the international community is trying to do right now. It is time for new wise men to rise up and step out. 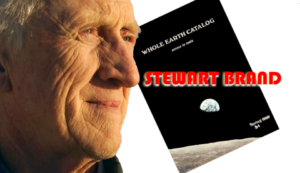