The Future of Nuclear Power

One of Enterra Solutions’ focuses is critical infrastructure, including the utility industry. This summer’s heat wave, with its occasional black outs, has highlighted the fact that America’s power generation capacity is approaching its limit. For the first time in decades, some utility companies are seriously looking at building new nuclear power plants. The decision is not an easy one as an article in the New York Times Matthew L. Wald pointed out [“Slow Start for Revival of Nuclear Reactors,” 22 August 2006]. The article notes that Constellation Energy may be the first company to build a new reactor in the United States in three decades. Such a decision is risky, the article notes, because building any new power plant is a huge, long-term investment that can adversely affect a company’s bottom line since it is a basically about energy demand in the future. As a result, most utility companies hedge against loss by pre-selling electricity before they build. The cost, time, and regulatory hurdles for building nuclear plants, however, make that strategy much more difficult to implement (who wants to commit to buying electricity 10 to 15 years or more in the future?).

Some environmentalists laud the fact that nuclear energy is once again receiving attention. Not only do nuclear plants reduce the emissions that cause global warming, but if the U.S. really wants to move to a hydrogen economy, nuclear reactors will be needed to extract the hydrogen. Other environmentalists are not so sanguine about the benefits of nuclear energy. They most often cite the risk of accidents, the threat of terrorism, and the problem of nuclear waste as reasons to be cautious. This is one of those situations in which everyone is correct. Nuclear power should receive renewed attention, but moving ahead we need to ensure that all security and environmental concerns are adequately addressed. The article notes that Mayo A. Shattuck III, the CEO of Constellation Energy, is “convinced that nuclear power is on the verge of a renaissance, ready to provide reliable electricity at a competitive price.”

Other utility executives are not so optimistic. They believe that coal-fired plants, with state-of-the-art scrubbers, will continue to be cheaper and more publicly acceptable than nuclear plants, but their concern for today’s bottom line will likely have far-reaching impacts in the future. The article notes that Washington politicians are encouraging construction of new power plants:

Washington is encouraging utilities to push ahead. The summer of 2005’s energy bill offered a generous production tax credit, insurance against regulatory delays and loan guarantees. Earlier legislation gave the industry money to help plan new plants. And they continue to benefit from a ceiling on liability damages in case of an accident.

For the utility companies, however, the bottom line is what matters. The article cites Peter A. Bradford, a former member of the Nuclear Regulator Commission and former chairman of the public service commissions of both Maine and New York, who notes that in order to be profitable today, nuclear power plants have to be heavily subsidized. “If nuclear plants cannot compete without subsidies, he said, they should not be built.” The article notes that the economics of nuclear plants is changing:

Because of high prices for natural gas and uncertainty about how emissions from coal plants will be regulated in the future, the nuclear industry is moving from near death to the prospect that perhaps a handful of plants will be ordered in the next few years. The Nuclear Regulatory Commission counts 27 potential reactors under consideration; 103 are now operable.

Shattuck is betting that they can be profitable and that they can successfully deal with safety, security and environmental concerns. One of the technologies being touted as an answer is the so-called pebble bed reactor which greatly reduces the chance of accidents. Pebble bed reactors claim to have dramatically higher levels of safety and efficiency because, instead of water, they use pyrolytic graphite as the neutron moderator, and an inert or semi-inert gas such as helium, nitrogen, or carbon dioxide as the coolant, at very high temperature, to drive a turbine directly. This eliminates the complex steam management system from the design and increases the transfer efficiency (ratio of electrical output to thermal output) to about 50%. Also, the gases do not dissolve contaminants or absorb neutrons as water does, so the core has less in the way of radioactive fluids and is more economical than a light water reactor. Environmentalists remain concerned, however, because even though radioactive waste is reduced it is not eliminated. Scientists working on modular pebble bed reactor designs believe that they can be constructed to function as economically as natural gas power plants. As natural gas prices rise, the break even point may arrive sooner rather than later.

Constellation proposes a fleet of plants, identical down to the “carpeting and wallpaper,” Mr. Shattuck said, reducing the design costs on subsequent reactors to near zero. Operating processes would be identical, and operators could be shuffled among the plants, something that is often impossible today even with adjacent reactors. The company wants partners that would offer either equity or operating skills.

As the article implies, most operators must be trained for specific reactors. By making a “fleet of plants” whose configuration control remains identical from plant to plant, operator training requirements should be reduced as well as design and operating costs. Pebble bed reactor plants capable of supporting up to 30,000 households can be built in an area as small as three football fields. If this is what Shattuck has in mind, his strategy has many of the earmarks of being resilient (standardization, adaptability, and redundancy). As a businessman, I’d be happy to provide him with out Enterprise Resilience Management Solution to make the package complete! 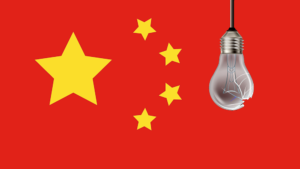