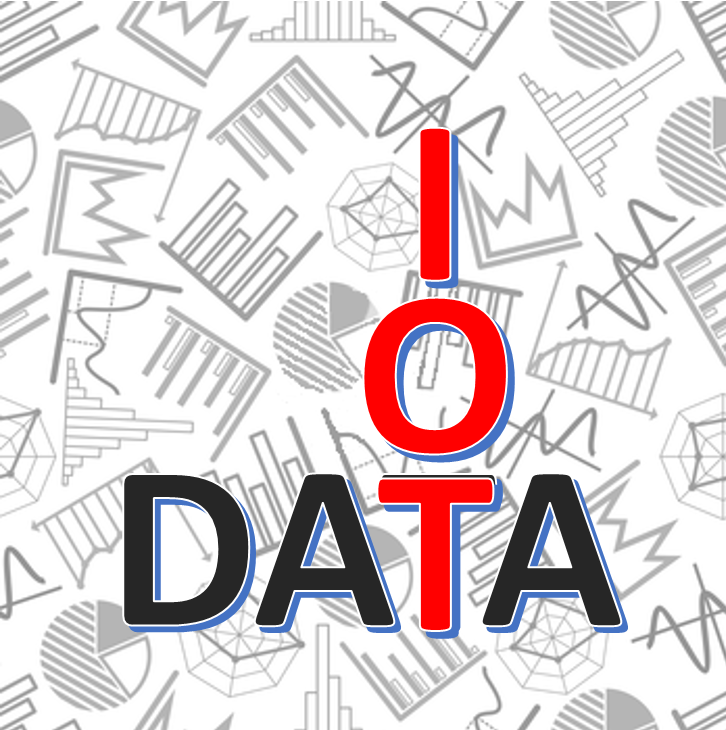 The Internet of Things is all about the Data

Nearly a score of years ago, my friend Dr. Thomas P.M. Barnett wrote, “The defining achievement of the New Economy in the globalization era will be the Evernet, a downstream expression of today’s Internet, which most of us still access almost exclusively through bulky desktop personal computers anywhere from a few minutes to several hours each day. Over the next ten or so years, this notion of being ‘online’ versus ‘offline’ will completely disappear.”[1] Today, smartphones, smart homes, smart cars, and smart businesses come very close to fulfilling Barnett’s vision. The term “Evernet” didn’t catch on; instead, we have terms like the Internet of Things (IoT), the Internet of Everything (IoE), and the Industrial Internet of Things (IIoT). Each of these terms embraces the vision Barnett had so many years ago. Barnett perceived two trends making the IoT inevitable — the benefits of connectivity and the power of data.

The Internet of Things and Big Data

We should keep a couple of things in mind as we discuss the Internet of Things. First, the IoT is not a singular network. It’s a network of networks primarily facilitating machine-to-machine communication. Second, each IoT network is an ecosystem consisting of sensors generating data at one end connected to advanced analytic platforms at the other end. Because so much data is predicted to be generated by IoT-connected devices, many analysts predict the rise of edge computing to reduce the time to value of data collected from connected devices. For less time-sensitive data, analysis will be performed by platforms connected to the cloud. The most important thing to keep in mind is that the value of the IoT comes from analyzing the data generated by connected sensors. Alex Bakker (@alexwbakker), Research Director at ISG Insights, explains, “The value of the Industrial Internet of Things does not lie in simple tasks such as operations measurements, but rather, in the vast amounts of data IIoT can collect, which can be used in more high-level and transformative areas such as research and development.”[2] Business executives obviously understand that value. Alex Woodie (@alex_woodie) reports, “Spending on Internet of Things projects is expected to triple over the next few years, to more than $450 billion globally, as the technology matures and use cases emerge.”[3]

Because the IoT will generate so much data, how to handle that data becomes a major challenge. As noted above, some data is time-sensitive and needs to be analyzed in real-time or near-real-time. Kayla Matthews (@KaylaEMatthews) calls this type of data “fast data.”[4] She explains, “Fast data processes high volumes and continuous streams of data in real-time with low to medium latency. Together, the speed and lack of delays allow businesses to make in-the-moment decisions based on insights gleaned from the data. Besides the efficiency associated with fast data, people are interested in it because of the potential it offers to enterprises of all types and sizes. It’s scalable, has a high uptime and can quickly recover from failure situations.” Although that sounds straight forward, Bakker points out data collection requirements can change over time. For example, he writes, “The amount of data needed to collect and analyze a problem the first time is much greater than the amount of data needed to detect it a second time.” He uses the example of monitoring a machine to detect potential signs of failure. At first, numerous sensors may be required to monitor vibration, temperature, and sound. Once failures have been pinpointed, a single sensor may sufficient to detect potential failures. Monitoring a single sensor can make fast data much more efficient.

Another data challenge that could hamper IoT effectiveness is rigid data silos. Will Ochandarena, director of product management at MapR Technologies, explains, “The issue of data silos actually impacts companies across nearly all verticals, but I would argue it affects the industrial sector the most. Why? Because the data silos that exist in factories and industrial sites, usually called historians, are smaller in size and more limited in capability than those of other industries.”[5] To achieve the greatest benefit from data analysis, data needs to be integrated (i.e., freed from silos). When this is done, Ochandarena predicts companies will improve their productivity and quality by up to 30 percent by using new techniques in data processing and machine learning.

Although most people associate the IoT with the industrial sector, Alex Bekker, Head of Business Intelligence for ScienceSoft, reminds us the IoT has a place in a number of economic sectors, including healthcare, retailing, and banking.[6] He writes, “Despite all the hype around IoT, it is just one of multiple big data sources. Undoubtedly, it is a valuable one, and it is definitely gaining momentum. If you already have some big data solution implemented, maybe you have already been dealing with IoT data even without paying attention to this fancy term.”

The real gold mined from IoT data are the actions and insights advanced analytics provide to users. Ochandarena notes, “Once high-fidelity data is in the system, data scientists can use sophisticated machine-learning and deep-learning algorithms to predict failure of components before they can happen, as well as detect inefficiencies in the end-to-end process, detect production defects and more.” Data scientists aren’t always necessary. Today’s cognitive platforms have embedded analytics that can work much like a data scientist. Sanjeev Srivastav (@ssrivastav), Senior Vice President at Persistent Systems, explains, “IoT coupled with cognitive computing is steadily transforming how work gets done, often in ways that were not imagined, even five years prior.”[7] He notes cognitive technologies can support the IoT in three ways: 1) Provide natural language interaction between systems and the user; 2) Monitor and provide knowledge about the current state of that system; and, 3) Create useful alerts or requests for action.

As Bekker noted, the IoT will prove useful in a number of economic sectors. IBM advisors Sumit Patel and Russell Hargraves agree on that point and add that the combination of IoT and cognitive technologies can be powerful. They explain, “In healthcare and life sciences, tens of millions of Americans currently live with medical devices implanted in their bodies. The data generated from these devices combined with data from electronic medical records, test results, medical images, video, patient sensors, and bedside devices creates incredible opportunity for cognitive insights.”[8] In the retail sector, they note, “In this cognitive era, businesses will be able to analyze the weather down to a store level, forecasting foot traffic and developing scenarios to help managers with demand planning.” The more devices connected the IoT the more valuable cognitive technologies will become.

Bakker concludes, “IIoT is built on data, but it is more than data itself — it is a combination of data, technology, capability, and perspectives and insights which can lead to operational improvements.” I agree. The IoT ecosystem is powerful and we have only begun to realize its potential.