The Growing Influence of the Digital Path to Purchase

Jeremy Hanks reports that when Jessops, Britain’s largest camera chain, went out of business, “the staff at one specific store posted a sign that was both sweet and sardonic: ‘Thank you to all our loyal customers and to everyone else, thank you for shopping at Amazon.com.’ [“Evolving The Supply Chain in the Ecommerce Age,” Multichannel Merchant, 12 August 2013] “There is no way around it,” Hanks continues, “on this and that side of the pond, Amazon is a disruptive force that is upending both retailers and ecommerce companies.” Louis Columbus, a Product Marketing Manager for Plex Systems, asserts that, if businesses are going to compete in the e-commerce arena, they must understand the factors that are re-shaping that sector. [“Getting A Head Start On Five Factors Reshaping E-Commerce,” Forbes, 23 March 2013] As the headline of his article declares, Columbus believes there are five driving forces affecting the future of e-commerce. They are: mobile, social, globalization, cloud, and legacy order management systems. Columbus claims that the “highest-performing e-commerce businesses” integrate these factors in order to “delight the customer and earn their trust.”

Although Columbus focuses on e-commerce, the fact of the matter is that most retailers have multi-channel operations and can’t afford to concentrate all of their efforts on e-commerce. That’s why Jim Dougherty stresses that retailers need to have touchpoints across a multitude of channels with which consumers can engage. [“Why You Need Touchpoints Across Multiple Marketing Channels,” The Vocus Blog, 25 February 2013] Columbus’ point about integrating activities to make the customer experience better is no less important in a multi-channel situation than it is in the e-commerce arena. He writes, “Tying all of these together … deliver[s] gains not just in customer satisfaction but the ability of any company to stay in step with customers over the long-term.” He goes on to assert, “Any business reliant on e-commerce as part of their revenue stream needs to pay attention to these trends and get ahead of them to stay competitive.”

I want to concentrate on the first three of those trends – mobile, social, and globalization. Consumers in both mature and emerging markets use increasingly using mobile devices. Gillian Tett notes:

“These days, there are about 2.5 billion people in emerging markets countries who own a mobile phone. In places such as the Philippines, Mexico and South Africa, mobile phone coverage is nearly 100 per cent of the population, while in Uganda it is 85 per cent. That has not only left people better connected than before – which has big political and commercial implications – it has also made their movements, habits and ideas far more transparent. And that is significant, given that it has often been extremely hard to monitor poor societies in the past, particularly when they are scattered over large regions.” [“Big data is watching you,” Financial Times, 10 August 2012]

“Retail is going through a revolution right now,” writes Columbus, “with social and mobile completely redefining their multichannel selling strategies.” Brian Solis, a principal at the Altimeter Group, agrees with Columbus that mobile and social technologies are revolutionizing the consumer path to purchase. He also agrees with Dougherty that companies need consumer touchpoints in all potential sales channels. [“From Social to Digital Engagement: The Shift Is Coming,” Social Media Today, 30 April 2013] He explains:

“No matter how you define it, engagement is something that we most likely underestimate. Engagement symbolizes the touches that occur in various moments of truth and this should completely change not only how you engage someone in each moment but also how the inside of your company works with one another to make it frictionless and experiential. Whether a customer stands on the stage of awareness, consideration, purchase, or post purchase, touch points open and close. And it is in those moments that engagement, regardless of source or shape, affects the next steps and impressions of customers. These moments of truth however are not limited to any one channel. Whether customers are navigating social, mobile, web or IRL (in real life), they approach each stage of the journey with different needs, in varying stages of decision making, and with one of several frames of mind depending on the context of engagement and also the screen (smartphone, PC, tablet, TV, etc.) they’re using in each moment. It’s becoming increasingly complex, but then again so is the path of consumer decision-making.”

Because the consumer path to purchase is getting more complex, Solis agrees with Columbus that corporate silos need to be broken down and corporate alignment needs to be increased. “It’s the age-old argument of bringing down silos and opening doors between departments and groups that just don’t talk to each other right now,” Solis writes. “But, that’s just what needs to happen and the more progressive companies are already taking note.” Dougherty notes that silos can also pop up within departments as well as between them. Marketing is a good example. “Despite the desire to silo marketing channels,” he writes, “they are far more effectively used together than individually.”

Results from a Nielsen survey that involved “more than 29,000 respondents with Internet access from 58 countries” and asked participants “about new product awareness” supported the conclusion of the ARF study that digital and social technologies are becoming powerful global influences. The survey concluded, “[The] Internet is an important factor to influence greatly on consumer’s purchase decision on buying new products.” [“Internet And Social Media Are The key Factors To Influence New Product Purchase,” by Shilpa Shree, Dazeinfo, 20 February 2013] Shree continues:

“The new products include: electronics (81%), appliances (77%), books (70%) and music (69%). This new trend is hooking up with consumption categories also, like  food and beverages (62%), personal hygiene (62%), personal health/over-the-counter medicines (61%) and hair care (60%). Respondents in Asia-Pacific, Latin America and Middle East/Africa are most engaged in online decision-making before they purchase any product.”

The survey also indicated that social media plays a growing role in consumer decisions. “Social media is also an integral decision-making tool for consumers who are hunting for new products,” Shree writes. “Respondents also said they were much more or somewhat likely to purchase a new product after learning about the product through social media (30%), Web ad (29%) or a video posted on a video-sharing website (27%).” Referring to the survey, Rob Wengel, senior vice president at Nielsen Innovation Analytics, stated, “Consumers are increasingly finding the Internet and mobile vehicles just as compelling as other more traditional advertising. Social media can also be an effective soundboard to hear about potential issues or to identify future innovation opportunities. As reliance on social media continues to broaden for CPG products, it is especially impactful when used in combination with TV to enhance recall, facilitate one-on-one consumer engagement and dialogue, and listen to what consumers are saying.”

Brian Solis concludes, “The digital lifestyle is just a way of life now and businesses that don’t think beyond social or traditional will miss the greater opportunity to lead desirable customer journeys, experiences and outcomes.” Jim Dougherty adds, “There are more customer touchpoints than there have ever been. Businesses need effective tools to manage them, automate them (to an extent) and to make them more meaningful.” Amazon may be the 600-pound gorilla in the e-commerce sector, but no business can afford to cede the space to Amazon. Over the next two decades up to three billion new consumers will join the global middle class and most of them will use mobile and social technologies in their digital path to purchase. 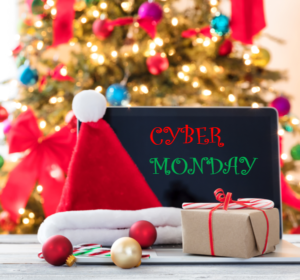 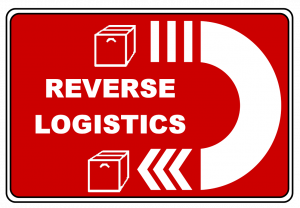 It’s Not Too Early to Prepare for Holiday Returns, Conclusion

In the age of e-commerce, the digital path to purchase has a side trail called “Returns.” Journalist Suzanne Kapner reports, “The share of online purchases