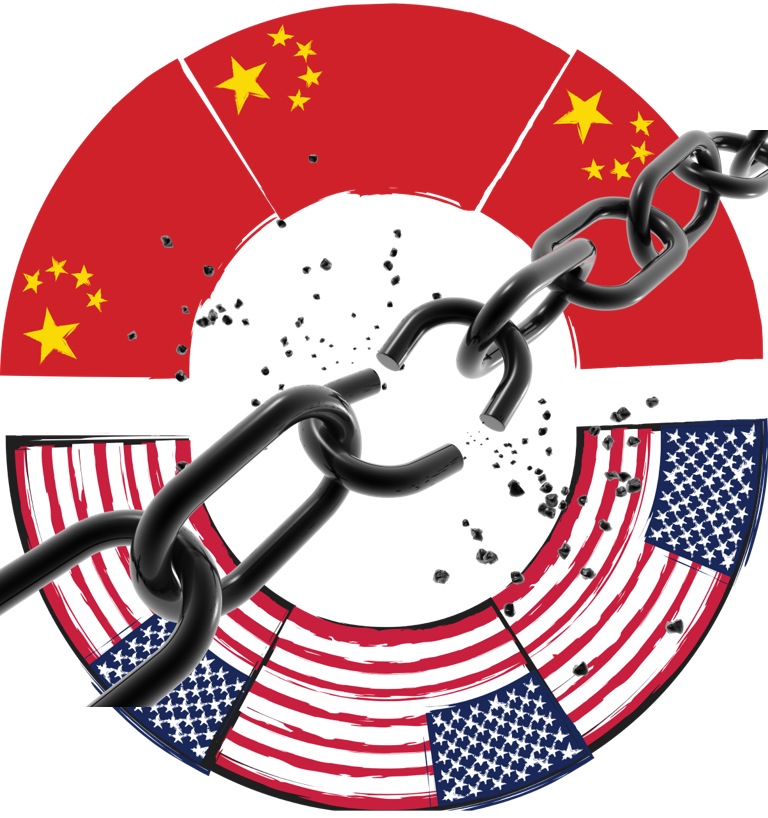 According to Tom Derry, CEO of the Institute for Supply Management, “There’s almost no industry sector — and when I say that, I mean manufacturing and nonmanufacturing — that isn’t reliant on China in the United States. … If you don’t have a first-tier supplier who’s sourcing from China, then your supplier’s supplier is.”[1] When people hear statements like that, their first thought is often, “The United States has a China problem.” Lizzie O’Leary writes, “Chinese materials and manufacturing are so pervasive that the average customer has no idea how many of their everyday products contain Chinese components, or how reliant on Chinese components most companies have become.”[2] Illuminated by the harsh light of the COVID-19 pandemic, U.S. reliance on Chinese resources and goods has received a lot of attention from business leaders, politicians, academicians, and the media.

Aaron L. Friedberg (@AaronFriedberg), Professor of Politics and International Affairs at Princeton University, insists, “U.S. strategy needs reglobalization to snatch critical power away from China.”[2] He explains, “The coronavirus crisis has brought home the dangers of losing sufficient domestic manufacturing capacity to meet the needs of a mass medical emergency — especially when the foreign supply comes from a potentially hostile power like China.” Areas in which experts have expressed concerns about Chinese dominance include pharmaceuticals, rare earth minerals, and technology parts. Friedberg notes, “The ongoing erosion of domestic manufacturing capacity in certain industries in the United States and the accompanying increase in dependence on Chinese imports could greatly complicate any future attempt at defense mobilization.”

Although I believe it is necessary to examine global supply chains, any rejiggering of those supply chains should be made using logic and sound arguments (be they economic or national security arguments). They should not be made as a result of emotion or in support of a partisan political agenda. Not all voices calling for a decrease of trade with China are shrill. For example, analysts at Fitch Ratings note, “Global trade tensions, due in part to national security concerns in the US and economic contraction caused by the pandemic, are major headwinds for the [technology] sector. Increased domestic manufacturing of the more advanced components could act as a hedge against geopolitical risks.”[4] Friedberg adds, “Even before the current crisis, many companies had begun to diversify production away from China, shifting a portion of their manufacturing capacity to other countries. This movement was driven by the need to avoid U.S. tariffs, but also by longer-term trends, including rising Chinese wages and technological developments that are making it both desirable and cost-effective to shorten some supply chains, bringing producers closer to final consumers.”

John Scannapieco, an attorney with Baker Donelson in Nashville, observes, “More companies are seeing that this pandemic really crippled their business and are thinking they need to diversify their supply chain. Companies are thinking that if this kind of thing happens again, and apparently it will, they want to diversify for that reason. Plus, it’s getting too bureaucratic now to be a foreigner in China. They are looking to other countries in Asia and Mexico. They are reducing their presence and hedging their bets so they don’t get stuck from another pandemic, or politics.”[5] Reuters journalists report conservative lawmakers are trying to find a way to encourage companies to pull out of China: “U.S. lawmakers and officials are crafting proposals to push American companies to move operations or key suppliers out of China that include tax breaks, new rules, and carefully structured subsidies.”[6] The reason they believe a reshoring fund is necessary is because “cash-starved companies currently lack the funds to invest in new operations and tinker with existing supply chains.”[7]

Some critics of the current trade situation are more focused on security than economics. For example, Brigadier General John Adams (U.S. Army, retired), President of the consulting firm Guardian Six, LLC, writes, “It’s time to restructure the global economy in our favor, and that means decisive action to shore up our most important industries. … Large swaths of our economy are left without an industrial base to ramp up in times of crisis, even when doing so is a matter of life and death.”[8] Adams is particularly concerned about dependence on China for rare earth minerals. He explains, “Our mining industry is one of the most important pieces of the industrial supply chain that must be restored to American shores. China’s unrivaled position in mining and mineral supply chains provides an alarming view into how a dominant position in just one strategic industry can become a source of immense economic and geopolitical leverage. … China controls 90 percent of the global supply for rare earth elements, which are used across the digital economy in a dizzying variety of military hardware.”

Reuters reports, “Both Republicans and Democrats are crafting bills to decrease U.S. reliance on China-made products, which accounted for some 18% of overall imports in 2019.” The coronavirus outbreak highlighted the dangers of relying on China for pharmaceuticals. As result Reuters journalists report, “A bipartisan bill introduced by Democratic Representative Anna Eschoo and Republican Representative Susan Brooks would commission a panel to recommend ways to cut drug supply reliance on China.” Reshoring manufacturing would inevitably increase the cost of some products. It remains to be seen if U.S. consumers are ready to absorb those costs.

Friedberg doesn’t believe globalization is dead or that reshoring all manufacturing is necessarily a good thing. He explains, “Once the coronavirus pandemic begins to recede, greater awareness of the potential impact of natural as well as man-made shocks will accelerate tendencies not toward deglobalization but rather toward reglobalization: a reshuffling of supply chains and at least a partial reduction in the concentration of capacity inside China.” For years, I’ve argued regionalization is likely to become the new globalization. Rising labor costs in China makes moving manufacturing closer to consumers a sensible idea. Does that mean U.S. manufacturers should abandon China? No. The Chinese market is enormous and any company serving that market should benefit financially. The likely outcome of regionalization (or reglobalization) is that manufacturers in China will produce products for Chinese consumers and different manufacturing plants will produce products for other markets. Few analysts believe trade between China and the U.S. will dry up completely or that ending trade would be a good idea. For example, U.S. farmers have suffered as a result of trade wars. China is a tremendous market for U.S. agricultural products. There needs to be a balance.

Phil Mattingly and Lauren Fox (@FoxReports), explain, “There are enormous economic risks to driving too far, too fast on the policy front as it relates to China. One need only look at market reaction when there’s a threat to the current China trade agreement and talks for evidence as to why. This balance is felt especially acutely by senators from agriculture-heavy states whose farmers are reliant on the first phase of the trade deal being implemented. Republicans don’t want to move too quickly or too aggressively and risk blowing up what has been a good deal for agriculture.”[9] Fortunately, they note, “There is bipartisan support for addressing China’s role in the medical and defense supply chains. But the question of how to address it is still very much a work in progress. One of the primary reasons: China’s significant role in not just those supply chains, but the global economy. There’s also a trade deal and relationship the administration continues to be cognizant of as the debate over next steps continues.”

Clearly there are reasons to be concerned about trade relations between China and the United States; nevertheless, caution should be favored over haste. International trade and globalization have far-reaching benefits that cannot be ignored. As adjustments are made in global supply chains, consumers need to be prepared for unanticipated consequences of these changes, including higher prices.