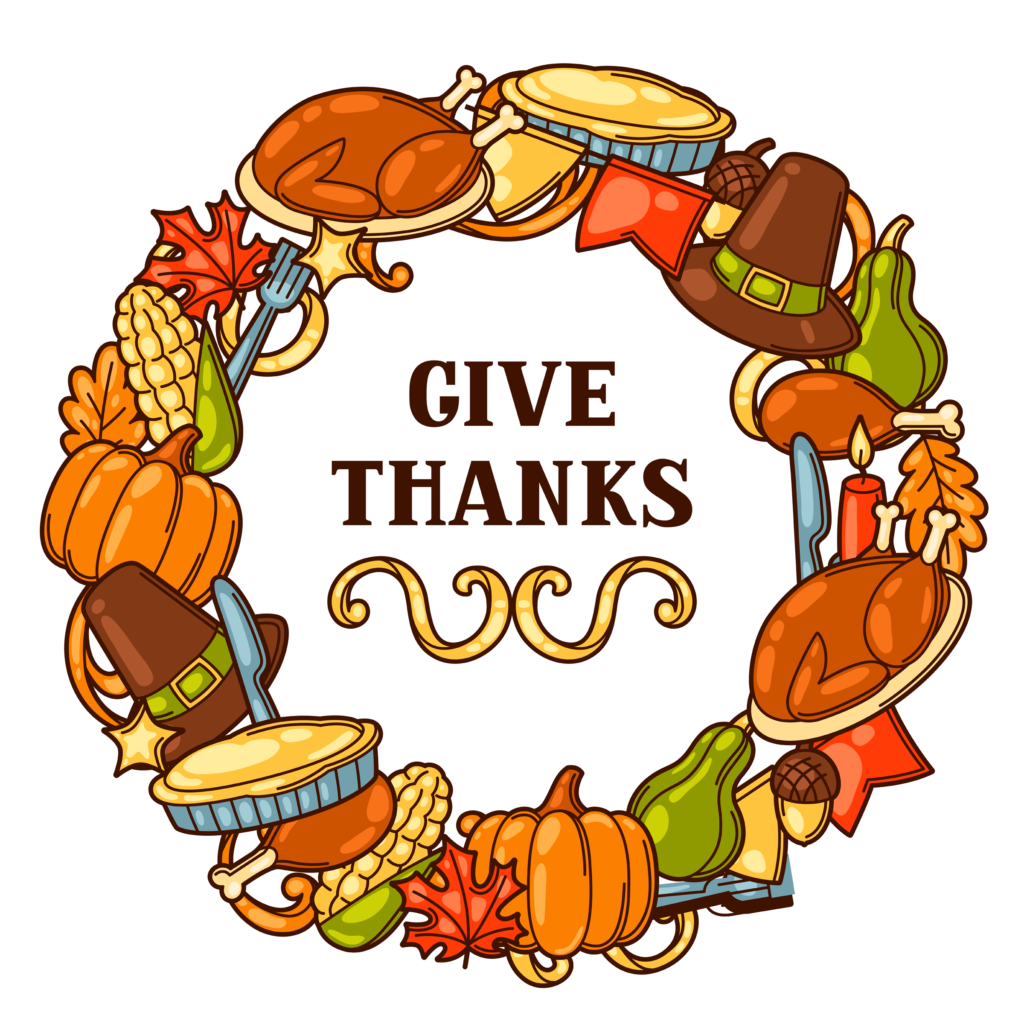 As we sit down to Thanksgiving dinner, letting our eyes devour the feast ahead of the actual eating, one of the things for which we should be thankful is the supply chain that brought the bounty to the table. At the original Thanksgiving feast, the pickings were much slimmer and all ingredients were sourced locally. Megan Gambino (@megan_gambino) explains the only foods historians are certain were served at the so-called ‘first Thanksgiving’ were wildfowl, corn, and venison.[1] She note there are only two known historical sources describing the three-day long feast shared by the Pilgrims and Wampanoag natives at Plymouth Colony in 1621. The first source was Edward Winslow, one of the English leaders who sailed to American on the Mayflower. He wrote:

“Our harvest being gotten in, our governor sent four men on fowling, that so we might after a special manner rejoice together after we had gathered the fruit of our labors. They four in one day killed as much fowl as, with a little help beside, served the company almost a week. At which time, amongst other recreations, we exercised our arms, many of the Indians coming amongst us, and among the rest their greatest king Massasoit, with some ninety men, whom for three days we entertained and feasted, and they went out and killed five deer, which they brought to the plantation and bestowed on our governor, and upon the captain and others.”

The other source was the governor mentioned by Winslow, a man named William Bradford. Bradford wasn’t the first governor of the colony, that honor was bestowed on John Carver. However, in April 1621, while working in the fields, Governor Carver collapsed and died a few days later. Bradford was then selected the new governor, a position which he retained off-and-on for the rest of his life. As governor, he presided over the first Thanksgiving feast and described it thusly: “And besides waterfowl there was great store of wild turkeys, of which they took many, besides venison, etc. Besides, they had about a peck a meal a week to a person, or now since harvest, Indian corn to that proportion.”

From that first feast, turkey has been the one staple continuously gracing Thanksgiving tables through the centuries. Sarah Zielinski (@SarahZielinski) reports, “There are six subspecies of wild turkey, all native to North America. The pilgrims hunted and ate the eastern wild turkey, M. gallopavo silvestris, which today has a range that covers the eastern half of the United States and extends into Canada. These birds, sometimes called the forest turkey, are the most numerous of all the turkey subspecies, numbering more than five million.”[2] As numerous as they are today, Zielinski notes, “The wild turkey was hunted nearly to extinction by the early 1900s, when the population reached a low of around 30,000 birds. But restoration programs across North America have brought the numbers up to seven million today.” Those numbers, however, are dwarfed by the nearly 100 million domesticated turkeys raised for consumption each year. Most of those turkeys are raised in 14 states. Minnesota leads the nation in turkey production followed by North Carolina, Arkansas, Indiana, Missouri, and Virginia. Other states with significant turkey production include Michigan, Ohio, West Virginia, Pennsylvania, Maryland, South Dakota, Utah, and California. Thanks to the supply chain, turkeys raised in those states find their way to other states where they grace tables for the Thanksgiving holiday.

Of course, turkey is not the only food served during the Thanksgiving feast. Other favorite items include string bean casserole, stuffing, mashed potatoes, candied yams, cranberry sauce and pumpkin pie. Kevin Jessop (@KevinJessopCDM), Marketing Content Manager for Cerasis, writes, “Think about where each ingredient came from, its journey over the roads, its production and refinement and its cost. Now, multiply that by 250 million Americans celebrating the holiday.”[3] Without the supply chain, he asserts, “Thanksgiving dinner would be possible, but it would not be what people expect.” Realistically, he concludes, “The idea of Thanksgiving today is not possible without the support and continued efforts of the logistics industry and its supply chain partners. … The entire process hinges on letting other people take on some of the work to get the products and ingredients Mom needs for preparing dinner. When you sit down for dinner, thank the men and women who have taken on the responsibilities of making it possible throughout the year. … Thank the drivers for spending countless hours on the road, and thank the warehouse managers for keeping the turkeys frozen. Thank the stockers for putting the items on the shelves, and thank the utility companies for their services as well. There are millions of small things that add up to Thanksgiving, so start your ‘I’m Thankful For’ list now.”

Even in the humblest home, there are things for which we can be thankful. Oprah Winfrey once stated, “Be thankful for what you have; you’ll end up having more. If you concentrate on what you don’t have, you will never, ever have enough.” Those of us at Enterra Solutions® hope you find plenty to be thankful for this Thanksgiving, including all the people in the supply chain — from the field hands to the cooks — who made your Thanksgiving meal possible.