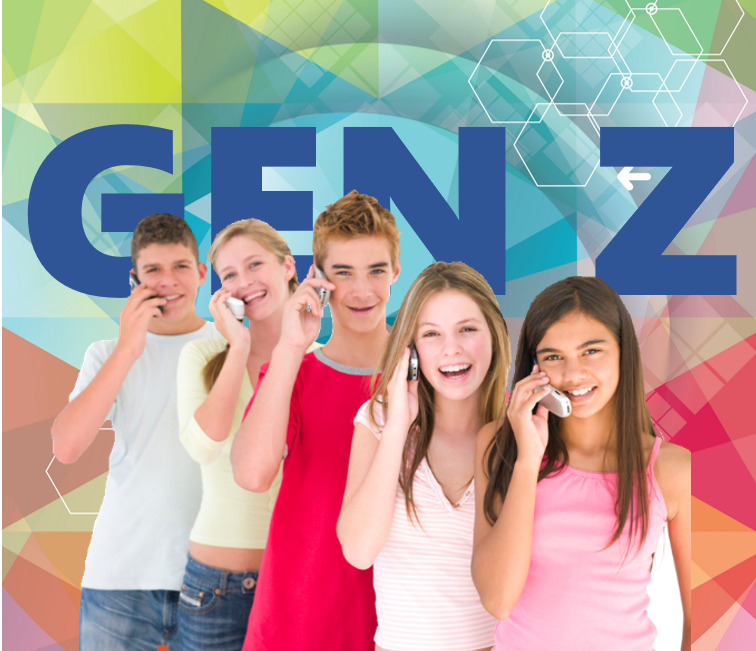 The marketing world loves to generalize. Historically, generalizations made targeting consumers easier. One of the most widely referenced segmentations used by marketers is the artifice of “generations.” With baby boomers entering their golden years and millennials maturing into responsible adults, the latest generation garnering marketing attention is Generation Z (i.e., people born between 1995 and 2012). One generalization about Gen Zers is easy to make — they are young, ranging in age from 7 to 24. You know from experience, however, that what a seven-year-old wants and what a young adult wants are very different. That’s why Christine Alemany (@TBGrowthAdvisor), CEO of Trailblaze Growth Advisors, insists, “Smart brands won’t generalize when it comes to Gen Z.”[1] Currently, most of the marketing attention on Gen Z is focused on members in their late teens and early twenties.

What do we really know about Generation Z?

Honestly, it hard to say much about the youngest members of Generation Z; so, let’s concentrate on those in their teens and early twenties. Below are some observations pundits have made about this rising generation.

They love technology. Generation Z has never known a time when cell phones, the Internet, and the digital path to purchase weren’t a part of their lives. Claire Lentsch (@ClaireLentsch), a member of Gen Z, explains, “Technology creates convenience. … Nearly every student carries their phone on them, with constant messaging and intake of information. Text messages are the most efficient route to spread information. Countless colleges recognize this and reach aspiring students through text messages.”[2]

They are visually inclined. Ayaz Nanji (@ayaznanji), co-founder of ICW Content, reports, “Gen Z consumers are significantly more likely than older consumers to use visual-based social networks, such as Instagram and Snapchat.”[4]

They are socially and politically conscious. According to Nanji, “Gen Z and Millennial Americans are more likely than Gen X and Baby Boomer Americans to rate racial equality, gender equality, and sexual orientation equality as important social issues.”[4] Megan DiTrolio (@meganditrolio) adds, “A new study suggests that young women aged 14 to 19 might be the most socially and politically conscious of any generation yet, and that they’re ready to make global change.”[5]

They are mostly found on the digital path to purchase. Cara Salpini (@CaraSalpini), observes, “The smartphone ensures not only that Gen Z and millennials are more informed than their predecessors, but also that they’re partial to sites like Amazon, which give them all the information they need about a product in a short and simple manner.”[6] In fact, she states, “When making purchase decisions [they] lean on Amazon like a girl with a broken leg.”

They want to interact with brands. Salpini reports a study conducted by the IBM Institute of Business Value and the National Retail Federation found, “Gen Z is eager to interact with their favorite brands — 44% of the young generation say they’d be interested in submitting ideas for product designs, 42% would participate in an online game for a brand campaign, 38% would attend an event sponsored by a brand and 36% would create digital content for a brand.”[7] In keeping with their social conscious leanings, the study also found, “55% choose brands that are eco-friendly and socially responsible and 53% select brands that understand them as an individual.”

Retailers will have to adapt to Generation Z

In his introduction to a Twilight Zone episode entitled “It’s a Good Life,” starring Billy Mumy, Rod Serling said, “This is the monster. His name is Anthony Fremont. He’s six years old, with a cute little-boy face and blue, guileless eyes. But when those eyes look at you, you’d better start thinking happy thoughts, because the mind behind them is absolutely in charge. This is the Twilight Zone.” According to Riley Griffin, many industries will come to look upon Gen Zers as Anthony Fremont-like monsters . He writes, “Millennials have been accused of killing so many products and industries — taxis, landlines, snail mail — that it’s become a media trope. But millennials are old news. Today, businesses and marketers are desperately anticipating the murderous whims of Gen Z.”[8] He explains, “The generation already wields a deadly combination of economic power and social media clout. … Given their love of digital life, the first expected victim of teen spending preferences is brick-and-mortar retail.” He goes on to predict that teen print magazines are on the list of endangered species along with football and cash.

Meredith Ferguson, managing director of TMI Strategy, believes even companies likely to survive the next generation will require a cultural shift. She explains, “What young consumers are really demanding is a cultural shift in what it means for brands to stand for something. They’re forcing brands to understand their power and their role in building a better world.”[9] She concludes, “Companies have no choice but to listen to this growing base of consumers — Gen Z is expected to account for about 40% of all shoppers by 2020. This generation is changing the way we shop, what we buy, and how we decide which brands to support. And they’re using social media to voice their support, or lack thereof.” In other words, Gen Zers, like Anthony Fremont, are going to force companies to think good thoughts. In his closing remarks of the Twilight Zone episode mentioned above, Serling said, “If by some strange chance, you should run across him, you had best think only good thoughts. Anything less than that is handled at your own risk, because if you do meet Anthony, you can be sure of one thing: you have entered The Twilight Zone.” The last place companies want to find themselves is in the Twilight Zone.

“If retail was a target-based dart game,” writes Salpini, “then hitting Gen Z would be the bullseye. Not because they have the most spending power or the most stable jobs, but for a variety of factors that make them, if nothing else, a good investment.” In the concluding part of this article, I will discuss some of the recommendations experts offer for reaching members of Generation Z.