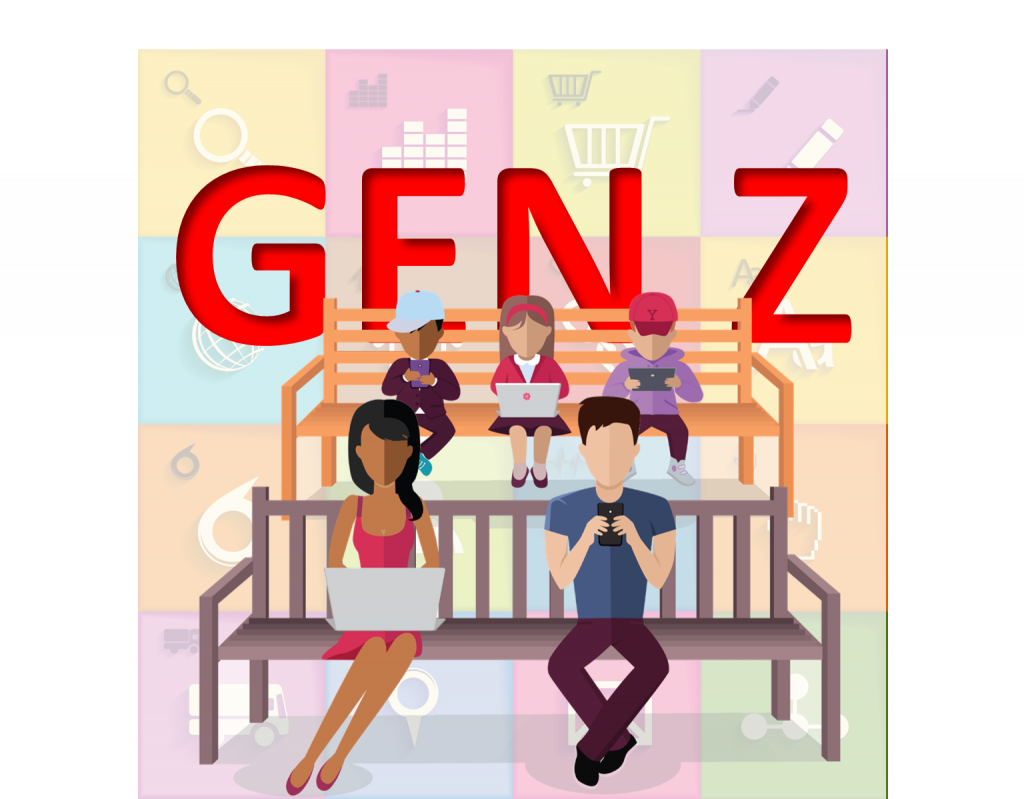 Targeted Marketing aimed at Generation Z is Coming of Age

For manufacturers and retailers, there are a lot of generations currently in play — Baby Boomers, Generation X, Generation Y, and Generation Z. This age spectrum significantly complicates the targeted marketing arena. Baby Boomers still have a lot of money to spend, but targeting them has an expiration date.[1] Generation X has been called the forgotten generation as far as targeted marketing is concerned because it’s members are sandwiched between two larger generations. Recently, marketers have been giving most of their attention to Generation Y (aka millennials). Millennials currently make up nearly a quarter of the U.S. population and are becoming the dominant force in the workplace. Just behind millennials are members of Generation Z — individuals born after 1995 — who make up an even larger segment of the U.S. population (25.9%). It’s little wonder that marketers are already starting to target them. Daphne Howland (@daphnehowland) writes, “Figuring this group out is not the smoothest task: Calculating what or who makes up a generation involves arguments about sociology and numbers (it’s an artificial construct, after all), so there’s no strict agreement on who falls in the Gen Z grouping (also known as ‘post-millennials,’ ‘the iGeneration,’ ‘plurals’ or the ‘Homeland generation,’ depending on whom you ask, though ‘Z’ is what’s caught on). But more or less, their birth dates fall somewhere between 1995 and 2014, meaning the oldest members are graduating college and entering their careers, and the youngest are not even yet in kindergarten.”[2]

Why the Early Interest in Generation Z?

You might wonder why marketers would target a generation made up mostly of teens and pre-teens. One motivator is money. According to one source, members of Generation Z “receive $16.90 per week in allowance which translates to $44 billion a year.”[3] And that same source reports, Generation Zers are eager to start work “to gain early professional experience.” Bex Bartolo Wicks (@bexbartolo), Planning Director at Iris Worldwide, writes, “Generation Z has officially entered the workforce. If you’ve previously dismissed them as too young to focus your marketing efforts on, it’s time to shift your attention. Not only do they have their own money to spend but they also heavily influence the households they live in. You can no longer afford to ignore them.”[4]

Brick-and-mortar retailers are particularly interested in this up-and-coming generation because they like to shop in stores. Howland explains, “[Their] digital savvy makes for an extremely well-informed customer walking through the door — and a whopping 98% of Gen Z is very much walking into stores to find what they’re looking for, with some 67% shopping in physical stores ‘most of the time,’ and another 31% doing business there ‘sometimes,’ IBM found.” Cara Salpini (@CaraSalpini) reports a study conducted by InMarket concludes that up-scale stores may do better with Gen Zers than discount stores. She writes, “While millennials grant their traffic to discounters over more pricey retailers, which InMarket suggests might be due to their experience during the Great Recession, Gen Z seems perfectly willing to shell out the extra cash for more upscale brands. Big retailers like Target and Walgreens are doing particularly poorly with Gen Z, indexing 15% lower than the average foot traffic in other businesses, according to the report.”[5]

Although Gen Zers are digital natives — “fully 95% of the more than 26 million US teens are online, and three in four access the Internet on mobile phones, tablets, and other mobile devices”[6] — don’t assume they are going to be easy to reach. Wicks insists, “Gen Z doesn’t want to connect with everyone. They want to be themselves, preferring to communicate via Snapchat and Instagram direct messages. To get into their circle, brands need to move beyond mainstream, instead embracing niche trends or demonstrating uncompromising standards that relate to their world (think @Honeymaid, This is Wholesome).” Mostafa Dastras (@Mostafa_dastras) agrees that connecting to Gen Zers could prove tricky. Gen Zers are eager to connect “to their own teen culture” which, Dastras explains, is “difficult to penetrate by the outside world.”[7] The Associated Press reports teenagers are fully engaged in the digital path to purchase; and, thanks to pre-shopping research, they often have their minds made up before they head to the mall. “That presents challenges for retailers that are afraid teens will bypass their stores because they’re focused on items they already want to buy. So, retailers are trying to get teens’ attention before they are in stores.”[8] According to the story:

“Macy’s is identifying key trends and hashtags on social media that are getting lots of followers. It now highlights shoe trends using the popular hashtag FWIS, which means ‘from where I stand.’ The retailer also is putting together more looks from various labels to create outfits and displaying them on mannequins or tables in the teen department instead of showing them by merchandise category. These include looks teens haven’t necessarily seen on social media. Penney uses Pinterest personalities like Katherine Accettura and Mai Phung who are influential among teens to market its back-to-school fashions. The company says it sees up to 500 times more re-pins than if it promoted the product itself.”

A study conducted by Kantar Millward Brown concluded, “It’s particularly tricky to get Gen Z to engage, because they are highly discriminating and more averse to advertising in general. In the online space Gen Z are significantly more likely to skip ads, suggesting they have a lower threshold for boredom. They are also more turned off by invasive, interruptive online and mobile formats.”[9] Salpini adds, “Retailers will have to become more adept at not only marketing to the younger generation through their mobile devices, but also incorporating mobile and online into their in-store experience more broadly.” According to Sparks and Honey, you can’t treat them like Millennials.[10] Here’s what you can do:

Generation Zers are different than previous generations. They’ve never known a world without smartphones or gaming systems. Nearly two-thirds of 6 to 11 year-olds say gaming is their main source of entertainment and over half of teenage boys say the same thing.[11] Marketers must adjust strategies to reach this always-connected generation. If you target Gen Zers now — and succeed — you’ll create an opportunity to grow your business as they mature and enter the workforce. Members of Generation Z are rapidly coming of age.