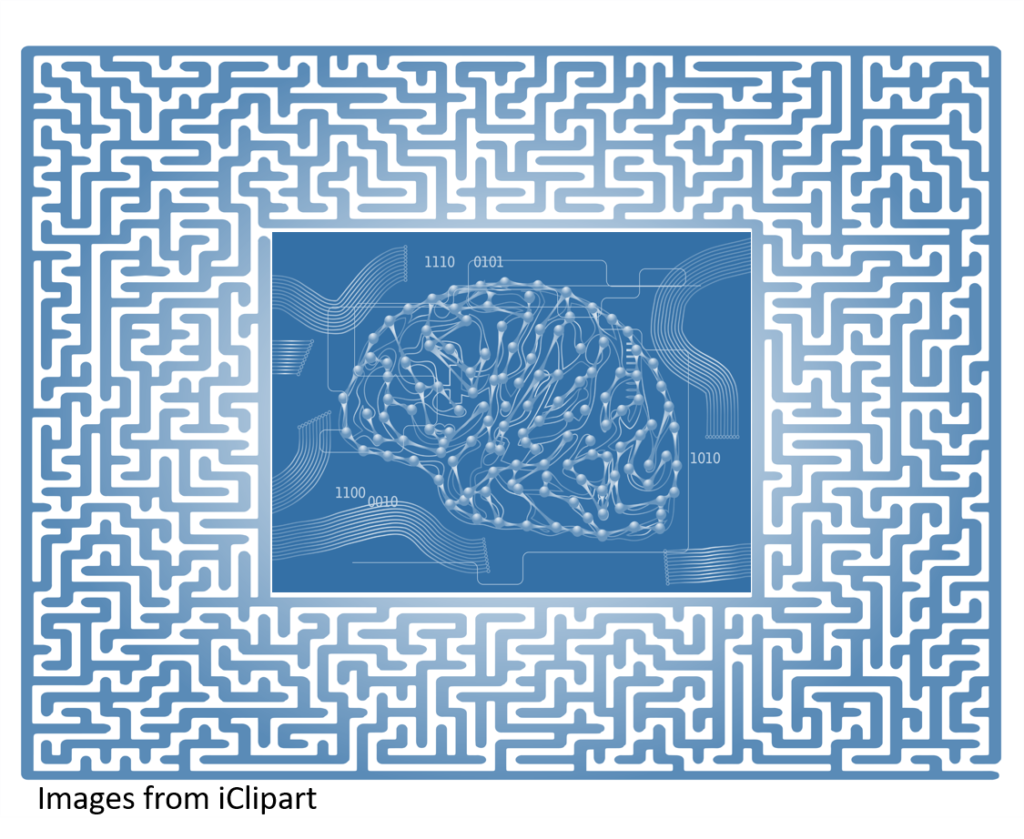 As you grow older, there is a tendency to yearn for a simpler life and time. The source of this longing is undoubtedly the accelerating pace of change. It’s hard to keep up when the amount of data (which some people equate with knowledge) is being generated at unprecedented rates. David Russell Schilling reports, “Buckminster Fuller created the ‘Knowledge Doubling Curve’; he noticed that until 1900 human knowledge doubled approximately every century. By the end of World War II knowledge was doubling every 25 years. Today things are not as simple because different types of knowledge have different rates of growth. For example, nanotechnology knowledge is doubling every two years and clinical knowledge every 18 months. But on average human knowledge is doubling every 13 months. According to IBM, the build out of the ‘internet of things’ will lead to the doubling of knowledge every 12 hours.”[1] The pace of change and the growth rate of knowledge are just two factors making life more complex. Dealing with this complexity is one of the great challenges of the Information Age.

Both the amount of data being created and the complexity of the challenges businesses now face, often render traditional forms of analysis inadequate. Fortunately, cognitive technologies are maturing that can help make life a bit simpler. Dr. Larry Lefkowitz, Chief Scientist within Publicis.Sapient’s AI practice, explains, “The latest generation of AI technologies is having an unprecedented impact on our personal and professional lives. They are providing ‘cognitive multipliers’, or power tools, for mental rather than physical tasks. They enable individuals to perform their tasks faster, more accurately, more consistently, and at greater scale than they could before. They also support super-human behaviors such as solving problems that are beyond the capability of any given individual.”[2] Since we know current trends are going to continue, it’s reassuring to know cognitive technologies are going to be able to keep up. Deloitte analysts, Ryan Renner, Mark Cotteleer, and Jonathan Holdowsky, write, “Cognitive technologies offer advantages that are real and diverse, extending well beyond traditional applications like process automation. As the cognitive story evolves in the years ahead, the benefits that ensue may become ever richer in their variability.”[3]

We learn early that life is filled with challenges that come mostly in shades of gray rather than in black or white. Cognitive computing can help with ambiguous challenges. The Cognitive Computing Consortium defines cognitive computing this way: “Cognitive computing addresses complex situations that are characterized by ambiguity and uncertainty; in other words it handles human kinds of problems. Cognitive computing systems often need to weigh conflicting evidence and suggest an answer that can be considered as ‘best’ rather than ‘right’.” The Deloitte analysts note, “There is no single definition of cognitive technologies.” At Enterra Solutions®, we define cognitive Computing as combination of Semantic Intelligence (i.e., artificial intelligence + natural language processing + ontologies) and Computational Intelligence (i.e., advanced mathematics). This combination excels at dealing with complex and ambiguous challenges.

Although it should be obvious, cognitive technologies can only help tackle problems when data is available. In today’s world, lack of data is seldom a problem. What is a problem is unintegrated data stored in corporate silos. Unfortunately, data silos have been (and continue to be) a problem for many companies. Johann Wrede (@wredefine), Global Vice President for strategic marketing at SAP Hybris, explains, “Companies tolerate silos because fixing this issue requires some very fundamental changes, and that feels risky and difficult.”[4] When various corporate divisions use siloed data, they often reach erroneous and, sometimes, conflicting conclusions. In order to collaborate effectively, they need to work from an integrated dataset (i.e., a single source of truth). Cognitive technologies can help with the silo problem because they can integrate both structured and unstructured data. Most of the data being generated today is unstructured. Mary E. Shacklett (@MaryShacklett), President of Transworld Data, explains, “In many organizations, the silo problem is most evident between marketing, sales and customer service. This silo disconnect impacts companies because no one in the organization sees the entire customer experience, which can jeopardize customer relationships (and revenues) if folks are unaware. Knocking down silos is an area where big data and analytics are uniquely suited to help.”[5]

Because “best” rather than “right” answers are often involved in ambiguous situations, cognitive technologies are generally considered augmented intelligence platforms rather than artificial intelligence platforms. Nevertheless, augmented intelligence can have a significant and positive effect on a business. Bain analysts, Michael C. Mankins and Lori Sherer (@lorisherer), note that decision making is one of the most important aspects of any business. “The best way to understand any company’s operations,” they write, “is to view them as a series of decisions.”[6] They add, “Companies that make better decisions, make them faster and execute them more effectively than rivals nearly always turn in better financial performance. Not surprisingly, companies that employ advanced analytics to improve decision making and execution have the results to show for it.” Renner, Cotteleer, and Holdowsky, report, “Industries are deploying cognitive technologies in their products, processes, and services. Between 2017 and 2021, global spending on AI-focused systems — including AI-focused hardware, software, and services — is expected to grow at a CAGR of 50 percent — reflecting some $200 billion in cumulative spending across an array of sectors including health care, retail, banking, and manufacturing. Top use cases are expected to be in object identification, image classification, and data processing.”

Reading about all the benefits cognitive technologies can provide might cause a person to think vendors are selling snake oil. Cognitive technologies are not cure-alls or silver bullets. They have their limitations. “Despite the benefits that cognitive technologies offer,” caution the Deloitte analysts, “the decision to become a cognitive organization should be well-considered and grounded in reasonable expectations.” Having said that, cognitive computing is very useful tool in the business kit. The more cognitive technologies mature and the more they are used, the greater the benefit they will provide. At the very least, using cognitive technologies to integrate and analyze data will be a big step forward for most companies. Shacklett explains, “If you can’t link improvements in revenue, customer retention, product quality, time to market, and other tangible elements to your big data and analytics work, you aren’t going to make inroads in tearing down department silos. … [Chances of achieving business goals] are exponentially increased when big data and analytics can probe new areas and combinations of data for breakthrough insights that make business better.”