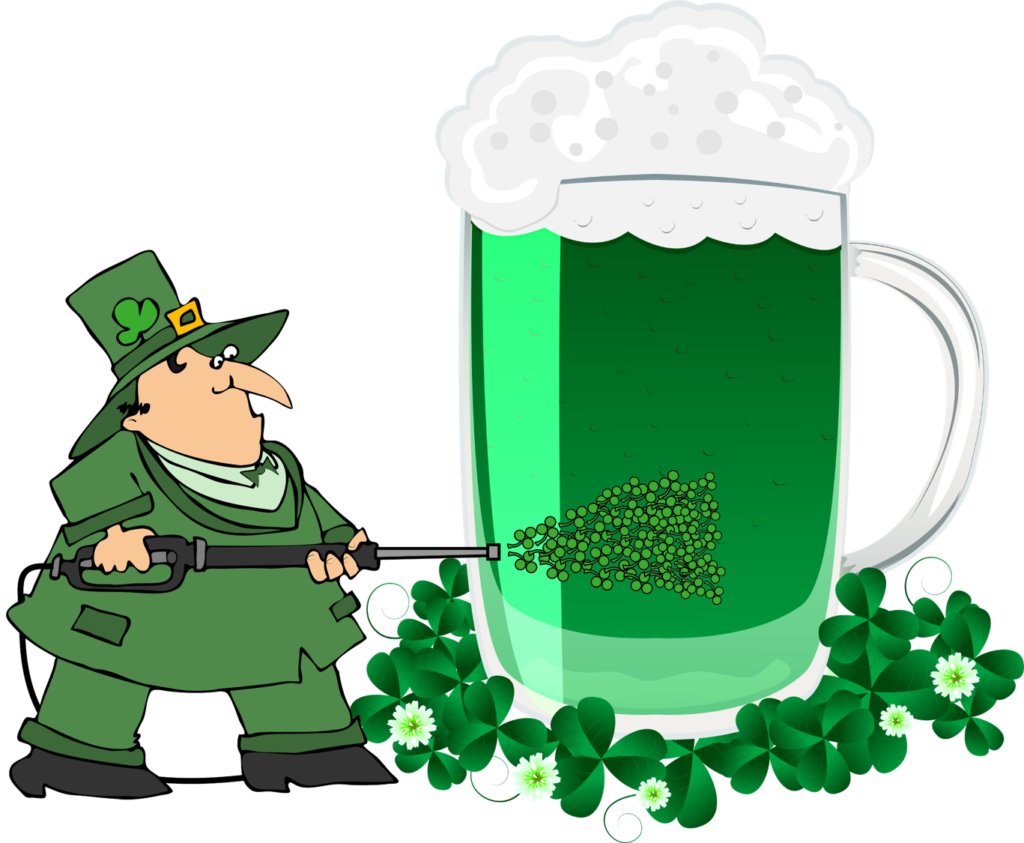 Retailers love holidays. Holidays provide a focal point for promotions and sales. St. Patrick’s Day is no different. Kristen Cloud (@KCloudShelby) reports, “Americans will spend more than ever as they put on their favorite green outfits to celebrate St. Patrick’s Day this year, according to the National Retail Federation’s annual survey conducted by Prosper Insights & Analytics. Spending for the holiday is expected to reach $5.3 billion, an all-time high in the survey’s 13-year history.”[1] According to the report, the holiday is gaining momentum in America. “More than 139 million Americans plan to celebrate the Irish holiday and are expected to spend an average of $37.92 per person, up from last year’s $35.37 and a new record that tops the previous record of $36.52 set in 2015. The $5.3 billion total is up dramatically from last year’s $4.4 billion and tops the previous record of $4.8 billion set in 2014.” One wonders what St. Patrick would have thought about all the fuss.

Who Was Saint Patrick?

Amid celebrations featuring green beer, shamrock beads, and green articles of clothing the man whom the holiday is meant to honor is often forgotten. Patrick (whose real name was probably Padraig) is thought to have been born into a wealthy Roman family living in Britain around 460 AD. Little seems to be known about his early life; but, as a young man (around 16 years of age), he was captured either in Wales or Scotland and sent to Ireland as a slave. Much of what we know about him comes from a “Declaration” he was thought to have penned himself. Wikipedia notes, “His father was a deacon and his grandfather was a priest in the Christian church. According to the Declaration, at the age of sixteen, he was kidnapped by Irish raiders and taken as a slave to Gaelic Ireland. It says that he spent six years there working as a shepherd and that during this time he ‘found God’. The Declaration says that God told Patrick to flee to the coast, where a ship would be waiting to take him home. After making his way home, Patrick went on to become a priest. According to tradition, Patrick returned to Ireland to convert the pagan Irish to Christianity. The Declaration says that he spent many years evangelizing in the northern half of Ireland and converted ‘thousands’. Patrick’s efforts against the druids were eventually turned into an allegory in which he drove ‘snakes’ out of Ireland (Ireland never had any snakes). Tradition holds that he died on 17 March and was buried at Downpatrick.”[2] His death date was later declared a Feast Day by the Roman Catholic Church.

How the Holiday Started

According the History Channel, “The Irish have observed [March 17th] as a religious holiday for over 1,000 years. On St. Patrick’s Day, which falls during the Christian season of Lent, Irish families would traditionally attend church in the morning and celebrate in the afternoon. Lenten prohibitions against the consumption of meat were waived and people would dance, drink and feast — on the traditional meal of Irish bacon and cabbage.”[3] The staff at Wilstar adds, “St. Patrick’s Day was first celebrated in America in 1737, organized by the Charitable Irish Society of Boston, including a feast and religious service. This first celebration of the holiday in the colonies was largely to honor and celebrate the Irish culture that so many colonists had been separated from. Early celebrations continued this modest tradition. In New York, the first celebration took place as a small gathering at the home of an Irish protestant. St. Patrick’s Day parades started in New York in 1762 by a group of Irish soldiers in the British military who marched down Broadway. This began the tradition of a military theme in the parade, as they often feature marching military unites. The holiday eventually evolved from the modest religious dinner into the raucous holiday we know today.”[4] The History Channel provided the following quick video about St. Patrick and the holiday that honors him.

Cloud reports, “According to the [NRF] survey, 83 percent of celebrants will wear green to show their Irish pride, 31 percent plan to make a special dinner and 27 percent will head to a party at a bar or restaurant. Twenty-three percent will decorate their homes or offices in an Irish theme and 15 percent will attend a private party. In addition, 15 percent are planning to attend a St. Patrick’s Day parade, especially those living in the Northeast (21 percent). The survey found that 52 percent of celebrants will purchase food, 41 percent beverages, 28 percent apparel or accessories, 22 percent decorations and 14 percent buy candy. Of those making purchases, 39 percent will go to grocery stores, 29 percent to discount stores, 21 percent to bars/restaurants and 18 percent to department stores. … The holiday is most popular among people 18-24 years old, with 77 percent celebrating, but those 25-34 will be the biggest spenders at an average $46.55.” The fact that St. Patrick’s Day falls on a Friday this year means there is likely to be a lot more reveling into the night. So put on your green and go celebrate — but please be safe and responsible.