One simply can’t discuss smart city initiatives without including the topic of traffic — that is, how things move within the confines of an urban environment. Perhaps the most talked about challenge is how motorized traffic can move most efficiently and effectively through crowded streets. In some planned cities, like Masdar in the UAE, traditional automobiles are simply not allowed. Cars must be parked and specially designed urban vehicles must be utilized. Some pundits dream of a day when most cities restrict traffic to a limited number of routes so that people can cross streets anywhere in safety and children are allowed to play stickball without fear of being run over. Neal Peirce reports that one such dreamer is Enrique Peñalosa, former mayor of Bogota, Colombia, who proposed “a radical ‘green’ and ‘safe’ prescription for building and rebuilding streets, both city and suburban” … in an article for the March-April edition of Urban Land magazine.” [“Greener Cities Will Push Cars To The Curb,” Hartford Courant, 15 May 2013] Peirce continues:

Frankly, such radical plans aren’t likely to be implemented in most existing cities. They would simply create too many new challenges (e.g., garbage collection, deliveries, parking, etc.). Since city fathers don’t have the luxury of planning from the ground up, they must deal with things as they have evolved. That is why Carlo Ratti and Anthony Townsend are interested in developing what they call “Truly Smart Real Cities.” [“Harnessing Residents’ Electronic Devices Will Yield Truly Smart Cities,” Scientific American, 17 April 2011] They understand that most “real” cities will have a difficult time finding a way to pay for new infrastructure embedded with sensors; so, as the title of their article suggests, they recommend harnessing the power of the mobile devices already being carried by residents. Google is already taking advantage of these devices with the help of volunteers. Ratti and Townsend explain:

“Rather than focusing on the installation and control of network hardware, city governments, technology companies and their urban-planning advisers can exploit a more ground-up approach to creating even smarter cities in which people become the agents of change. With proper technical-support structures, the populace can tackle problems such as energy use, traffic congestion, health care and education more effectively than centralized dictates. And residents of wired cities can use their distributed intelligence to fashion new community activities, as well as a new kind of citizen activism. … An ideal beginning is to leverage the growing array of smart personal devices we all wield and recruit people as the sensors of a city rather than relying only on formal systems embedded into infrastructure. The traffic function on Google Maps is a good example. Instead of building a costly network of dedicated vehicle sensors along roadways, Google constantly polls a large network of anonymous volunteers whose mobile devices report their up-to-the-minute status, which reveals where traffic is flowing, slowed or stopped. The information is delivered to drivers via mobile mapping applications in various ways — as colored overlays indicating traffic speeds, as estimated driving times that account for delays or as a factor in determining alternative routes.”

The primary concern with this approach involves safety issues surrounding drivers getting distracted while responding to polling queries in the midst of congested traffic. And, in many cities, that’s the norm. There are lots of good reasons for wanting to get a handle on urban traffic problems. One of those reasons is money. According to a report by Texas A&M University, traffic congestion “costs the U.S. $121.2 billion per year.” [“Big Data Has ‘Big Impact’ in Beating Traffic,” by Steve Rosenbush, Wall Street Journal, 27 March 2013] “At the micro level,” Rosenbush explains, “commuting time and jammed highways can have an impact on whether a particular house gets sold or if a shipping company can make money on a given trip.”

Another reason for promoting better traffic flow is reduced stress. Drivers on the move are much happier than those stuck in traffic. When one thinks about congested roads in the United States, the Los Angeles area is generally pretty high on the list. As Mike Wheatley reports, “Los Angeles’ reputation for being an absolute nightmare for drivers is well-deserved.” [“Big Data Traffic Jam: Smarter Lights, Happy Drivers,” SiliconANGLE, 3 April 2013] Wheatley reports, however, that Los Angeles has been working hard to improve traffic flow through the city.

“A new traffic control system might just be able to ease some of their suffering. Almost three decades in the making, the city’s newly completed Automated Traffic Surveillance and Control System will synchronize all 4,500 traffic lights in the metropolis, with the goal of not just reducing drive times, but cutting down on pollution as well. … The project is totally unique with regards to its size and its scope, and is reputed to have cost more than $400 million to implement. The New York Times gives us a breakdown of how it all works:

‘Magnetic sensors in the road at every intersection send real-time updates about the traffic flow through fiber-optic cables to a bunker beneath downtown Los Angeles, where Edward Yu runs the network. The computer system, which runs software the city itself developed, analyzes the data and automatically makes second-by-second adjustments, adapting to changing conditions and using a trove of past data to predict where traffic could snarl, all without human involvement.’

“The system is intelligent in that it can automatically adjust the time delay between light changes whenever issues arise.”

Getting traffic to move more intelligently through urban streets obviously relies heavily on the availability of big data, analytics, and artificial intelligence. “Synchronized traffic lights aren’t the only thing that’s in store for cities of the future,” Wheatley writes. “What with the number of cars on our roads rapidly piling up in cities across the world, tech companies like IBM are designing numerous solutions to cut back on congestion and pollution.”

Another company involved with the big data analytics effort regarding traffic is INRIX Inc. It was founded in 2004 by former Microsoft employees. According to Steve Rosenbush, INRIX analyzes “10 billion data points a day.” Shira Ovide reports, “Start-ups including Waze Inc. and Uber Technologies Inc. and such tech giants as Google Inc. and Apple Inc. are also applying big data to transportation issues.” [“Tapping ‘Big Data’ to Fill Potholes,” Wall Street Journal, 12 June 2012] As a side note, Waze was just acquired by Google for over a billion dollars. Ovide continues:

“For many cities and cash-strapped agencies, officials say, the proliferation of data technologies can help them cut costs and make smarter choices about transportation projects, direct people to empty parking spots and otherwise ease annoyances for citizens. In Boston, for instance, the city is planning to launch Street Bump, a mobile-phone app that can identify potholes as people drive on city roads. The app detects minute changes in a phone’s accelerometer—the same technology used to shift the orientation of a smartphone screen when it’s tilted sideways. Chris Osgood, co-chair of city hall’s Office of New Urban Mechanics, says Boston also hopes to use Street Bump technology to figure out which roadways are most in need of repaving. Today, municipalities often make such decisions based on cumbersome surveys that involve engineers in pickup trucks dragging chains behind them and measuring the vibrations of the metal.”

Wheatley worries that such efforts might be too successful. He explains:

“One danger lies in the prospect that – if we can leverage technology to reduce congestion – people might suddenly decide that the roads aren’t so bad and start buying even more cars to clog them up with, creating a vicious circle if you will. Ultimately, the technology will only help us so much, but it’s nice to know that we seem to be on the right track.”

Although this post primarily deals with automobile traffic, there are obviously a number of people thinking about other ways of moving people and things about in the urban environment. I focused on automobile traffic, however, because some pundits believe that the automobile industry is about to experience its “Kodak Moment” after which everything is going to change.

More of the conversation can be viewed by clicking on this link. In future posts about smart city initiatives, I hope to discuss more about how people will move through the urban environment without having to rely on personal automobiles. Automobiles are not going to disappear; but, even the automobile industry understands that the business landscape is rapidly shifting beneath its feet. Although some pundits believe the end is in sight for the industry, I believe the automotive industry’s eyes have been opened and we should continue to see some exciting ideas emerge from the industry itself about how to best address how people will transported in the future. The industry will increasingly think of itself as being in the people and goods transport business rather than in the automobile business. 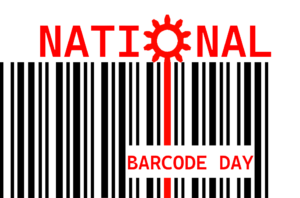