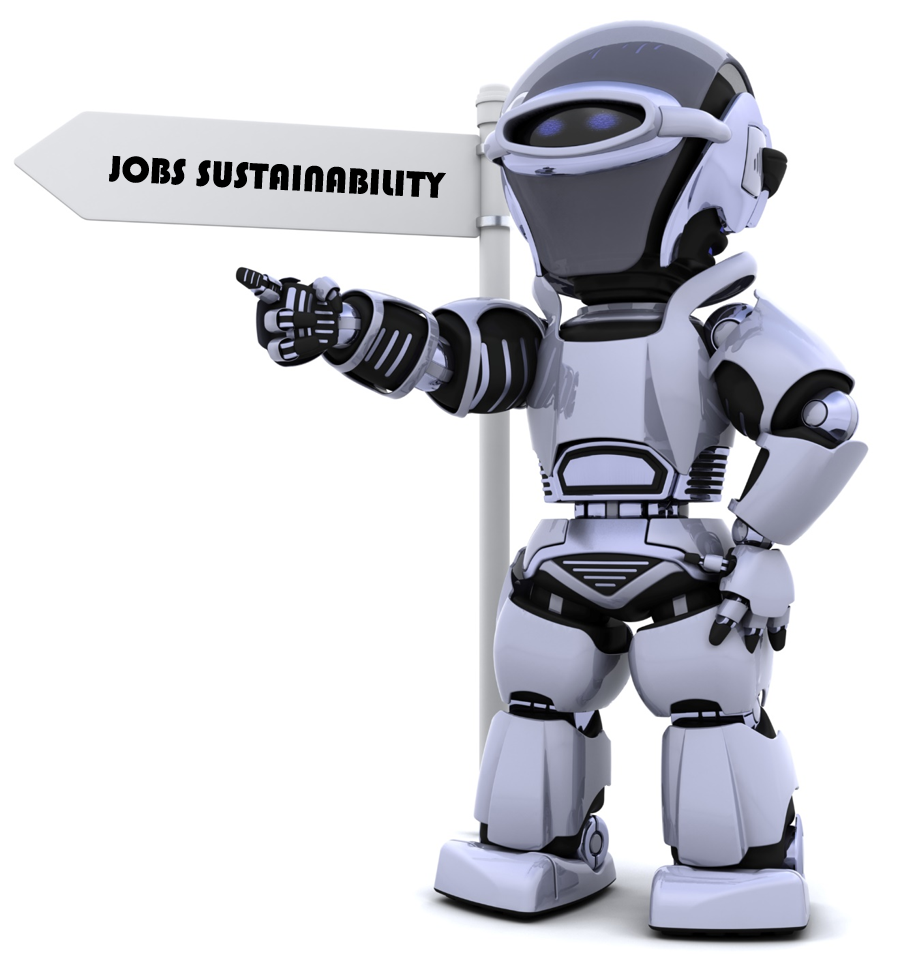 “We always hear and read the same arguments again and again,” writes Maximilien Oberlis (@maximilienobrls), a digital innovation leader. “Will robots reduce or increase employment? Do we want robots to be around us? Are they dangerous to the human race? Could they overcome our human way of thinking and take advantage of us?”[1] Answers to some of those questions remain veiled behind the curtains of the future. Nevertheless, they are questions that must be considered if business, government, and labor leaders are going to help forge a future that includes meaningful work for humans and continued economic progress. As Oberlis asks, “Why is ‘losing control of everyday life’ more of an issue with robots than any other technology?” The simple answer to that question involves short-sighted leaders unwilling to consider the consequences of mass un- or under-employment. Even short-sighted leaders understand that new technologies are going to change the business landscape significantly. Progress is not going to be stopped; but, it can be guided. Patrick Nelson (@Patnet) reports a recent survey conducted by KPMG found that industry leaders “intend to move forward … by developing a combined human and digital labor force.”[2] “By that,” he explains, “it means deploying automation and cognitive machine learning digitization, but also building a human workforce geared towards constant innovation.” Stated another way, machines are going take over many jobs and human workers are going to have to upgrade their skills if they want to remain part of this technological revolution. Any way you look at it, jobs sustainability is going to be an issue in the coming years.

As the debate rages about jobs sustainability in the robotic era, we should keep in mind a simple truth — businesses need customers, customers need resources, and resources are generated through employment. Unemployed workers cannot generate income and they must be provided resources in order to play an active role in the economy. However, as I have argued elsewhere, creating a universal basic income is not a good idea.[3] Another dark side of automation is that some industries are using it as a threat to keep wages low. For example, Sean Riley (@1seanriley), Director of Strategic Business Solutions for Software AG, writes, “Advanced robotics are here and they came to take our jobs, or are they? Offering a cheaper, more efficient alternative to human labor, it is safe to say that, should the minimum wage increase to $15 an hour, we can expect manufacturers to increasingly embrace automated technology, and to do so quickly.”[4] I find those kinds of explicit threats pernicious. The decision to automate a company is generally made for a lot of reasons and, even Riley admits, employee wage rates is low on the priority list. “The usage of advanced robotics and automation isn’t completely focused on direct labor cost removal,” he writes, “it is more focused on quality and flexibility. This benefit is evident because, even in China, the land of cheap labor, factory personnel are already losing out to their computerized counterparts in a big way.” He’s referring to the fact that Foxconn replaced 60,000 workers with robots earlier this year.

To avoid the bleak picture of the future painted by some pundits — i.e., mass unemployment, economic collapse, and social chaos — a three-pronged strategy needs to be developed and implemented. First, displaced workers and young people entering the workforce need to have access to education and training programs that provide them with the knowledge and skills they need to be productive members of society. Second, industries need to develop digital transformation strategies that stress augmenting rather replacing human workers. Finally, incentives need to be developed that help entrepreneurs create new industries that can scale quickly to employ large numbers of people. The most difficult challenge may be associated with developing transformation strategies that stress augmenting rather than replacing workers. The reason for this is the widespread belief that robots are trouble free. Riley notes that isn’t exactly true. He writes, “Robots don’t have sick days or miss work unexpectedly, and they never have a day of poor performance because of issues outside of their operating location. Or do they? Isn’t this referred to as unplanned maintenance? But this gives rise to a whole new industry need.”

Riley paints a bleak picture for workers who are likely to be replaced by robots or automation. “Unfortunately for the semi-skilled workers,” he writes, “it is not as cost-effective to help them develop the skills needed to handle robotic machinery as it is to hire workers for whom those skills fundamentally already exist. It is true that these engineers’ numbers will grow and replace some of the semi-skilled workers, but not nearly to the numbers of those who will be displaced.” The hope, of course, is that the rise of artificial intelligence (aka cognitive computing) will help create entirely new industries and new jobs along with them. Even if that occurs, newly created jobs will require better educated and more skilled employees. A recent survey in Japan found, “Firms expecting positive effects of AI and robotics on their business have significantly higher ratios of university graduates and employees with postgraduate degrees. Conversely, the ratio of highly educated employees is lower among firms that anticipate a negative impact of AI and robotics on their employment.”[5] Shelley Singh (@singhshelleyET) adds, “It’s never going to be that easy for a 40-year-old to re-skill himself, but there’s little choice now. When horse-driven carriages and buggies became cars, more jobs were created. Some will survive the change and many will perish. … They should … heed the wise words of futurologist Alvin Toffler who passed away [in June 2016]: ‘The illiterate of the 21st century will not be those who cannot read and write, but those who cannot learn, unlearn and relearn.'”[6]

There are good reasons to adopt a digital transformation strategy that includes augmented workers. KPMG analysts conclude, “The co-existence between human employees and cognitive systems is creating a new class of digital labor that can enhance human skills and expertise, allowing employees to innovate constantly.”[7] Rodney Brooks (@rodneyabrooks), founder of Rethink Robotics, argues, “We’re undervaluing workers when we say that robots are replacing them. We’re undervaluing an ordinary person’s intelligence.”[8] He adds, “You don’t have a kid and say, ‘I hope my child grows up to have a mind-numbing, boring job where they do the same thing with their hands every 30 seconds, 40 hours a week for 50 years.’ That’s not what people aspire to.” Nelson concludes, “One argument in favor of retaining humans in the work chain, even though robots will likely do many jobs better and faster, is that humans could then spend more time on higher-level, noble and creative functions. … Maybe that’s what the cognitive artificial intelligence systems, robots and so on will bring to the table. We won’t get ousted as workers; we’ll all just get re-purposed as designers and product developers.” That is something to aspire to.

The picture remains cloudy about whether or not automation will create more jobs than it will eliminate. Oberlis writes, “Studies aren’t unanimous about robotics impact on employment. The [International Federation of Robotics] declares every robot enables to create 3 new jobs, but MIT academics seem to think otherwise: who knows?” Shelley Singh writes, “As we know all too well by now, computers created more jobs than they took away. Progress is the result of disruptions. New ideas and industries are not born out of doing the same thing over and over again, but doing things differently.”[8] Masayuki Morikawa, Vice President of the Research Institute of Economy, Trade and Industry (RIETI), notes some recent studies have concluded “that computers and robots will create new products and services and that these product innovations will result in unimaginable new occupations.”[9] He adds, “However, we cannot deny the possibility that the impact of the Fourth Industrial Revolution is different from the past innovations.”

The arguments about jobs sustainability in the robotic era will continue unabated and so will the process of automation. How the future unfolds is not set in stone; but, it takes little imagination to see how things could go wrong if stakeholders don’t apply their best efforts in helping develop and implement policies and strategies that produce the best outcomes for business and society.