Home » Jobs Sustainability » Robotics: To Fear or not to Fear? That is the Question. 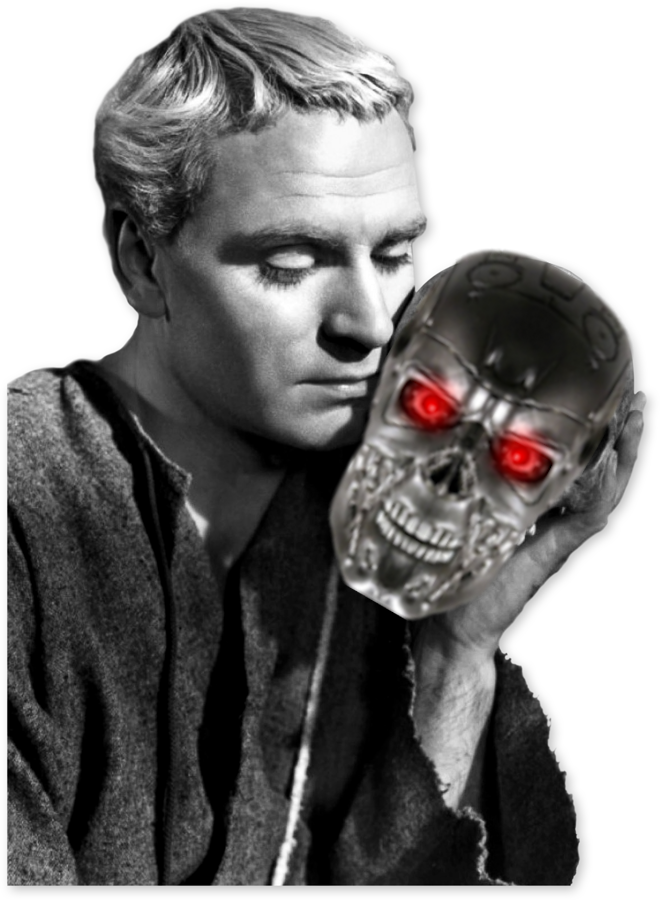 Robotics: To Fear or not to Fear? That is the Question.

The headlines are everywhere. Robots are coming for your job. Vlad Dudau (@avladd), Senior EMEA Editor for Neowin, writes, “I’m terrified of the future. Why? Because I’m about to be fired and replaced by a robot. And you are too.”[1] Aradhana Aravindan (@RDchatters) reports, “More than half of workers in five Southeast Asian countries are at high risk of losing their jobs to automation in the next two decades, an International Labour Organization study found, with those in the garments industry particularly vulnerable. About 137 million workers or 56 percent of the salaried workforce from Cambodia, Indonesia, the Philippines, Thailand and Vietnam, fall under the high-risk category, the study showed.”[2] Is this just fear mongering or are robotics and automation truly going to bring about massive unemployment? Dudau is a true believer. “While I sense most people have no inkling of the huge tidal wave of change that’s coming towards us,” he writes, “some of its effects are already starting to be felt. And yes, I do believe that massive unemployment and a fundamental restructuring of our economies are in our medium-term futures.” Is he right? Maybe. As sportscasters are fond of saying, “We are in charge of our own destiny.” One thing I know for sure: We are not going to halt technological progress. More robotics and automation IS in our future and the job landscape IS going to shift beneath workers’ feet. As Washington Post columnist David Ignatius (@IgnatiusPost) writes, “The deeper problem facing the United States [and the rest of the world] is how to provide meaningful work and good wages for the tens of millions of truck drivers, accountants, factory workers and office clerks whose jobs will disappear in coming years because of robots, driverless vehicles and ‘machine learning’ systems.”[3]

Implicit in Ignatius’ comment is the belief that we can do something to ensure the future isn’t as bleak as Dudau and similarly-minded pundits predict it will be. It won’t be easy to foster that brighter future; but, it can (and must) be done. Everyone has a stake in the game from workers to employers to governments. McKinsey analysts Michael Chui (@mchui), James Manyika, and Mehdi Miremadi assert people are much more aware of the situation than Dudau believes they are. They write, “As automation technologies such as machine learning and robotics play an increasingly great role in everyday life, their potential effect on the workplace has, unsurprisingly, become a major focus of research and public concern.”[4] Awareness of the potentially disruptive nature of robotics is an important step in developing a strategy for a better future. Steven Pearlstein (@StevePearlstein), a public affairs professor at George Mason University, insists that if we do nothing, “The result will certainly be a lot of economic churn and dislocation. And as with similar job losses from globalization, if we don’t find a mechanism for the winners of this process to provide a better economic safety net for the losers, there will be a populist backlash.”[5] He continues:

“There are many who, like Ignatius, worry that this next wave of technology progress may be different — that, in the end, there won’t be enough work for everyone to earn a living and have productive lives. These skeptics have a difficult time imagining what all those displaced cabdrivers and bookkeepers will do. But historical experience strongly suggests that there will be jobs for those who want them at wages in line with those in the rest of the economy.”

As I wrote in a previous article, “Inevitably retraining and reskilling are going to be necessary for significant portions of the workforce if they are going to remain relevant and employed.”[6] Pearlstein notes that skeptics aren’t sure that workers can or are willing to be retrained. “Technology skeptics will argue that a bookkeeper displaced by intelligent software isn’t likely to become a software engineer,” he writes. “Fair enough — but that’s not the way you would expect labor markets to adjust. The way it might work is the bookkeeper upgrades her skills to become an accountant, an accountant becomes an actuary, an actuary becomes a math professor, and a math professor becomes a software engineer who creates even better bookkeeping software.” He concludes:

“In a market economy, nobody plans or manages this bumping-up process — it is the natural dynamic by which market economies become richer as productivity improves. Improvements in agricultural productivity led to a wave of migration of farmworkers to the cities, where they provided the manpower for an industrial economy that eventually become so productive that we could afford to buy more health care, education and, yes, government. Now we are on the cusp of another wave of ‘creative destruction.’ The fact that nobody can say where exactly the new jobs will come from is not unusual, nor is it reason to despair.”

Although I agree that trying to manage the “bumping-up process” is impossible, programs do need to be put in place (preferably public-private partnership efforts) that provide displaced workers with opportunities to learn new skills. Some of those skills involve working with robotics and cognitive computing systems. Like me, Caroline Ong, IBM Canada’s Cognitive and Analytics Lead for Global Business Services, believes human/machine collaboration could be one of the future’s most prominent characteristics. She explains, “People need to understand that cognitive computing can’t [provide new insights and advice] without putting humans first. Cognitive computing systems learn at scale, reason with purpose and interact with humans naturally. But we’ve lost sight of this and are failing to recognize the opportunity for growth in front of us.”[7] She adds, “We need to write a new storyline for cognitive computing. One that’s anchored in human improvement. One where we embrace the fact that challenges of a complex world will require a combination of people and machines working together, taking advantage of the strengths of each to move toward a more productive and better world.” I would go a step further and say that we need a new storyline for both cognitive computing and robotics. Clearly, both the economy and society as a whole are better when the workforce is fully employed. Ignatius writes, “Politicians need to begin thinking boldly, now, about a world in which driverless vehicles replace most truck drivers’ jobs, and where factories are populated by robots, not human beings. The best way to cushion this future is to start planning for how Americans will be able to take care of their families — and find meaningful work — in a world where most traditional jobs have vanished.” I disagree with Ignatius in only one respect. I don’t believe politicians will be able to solve this problem alone. Their track record is dismal. Business leaders, labor leaders, and academics need to work together with politicians to develop strategies that embrace both technological progress and full employment. To fear or not to fear? That is the question.

Footnotes
[1] Vlad Dudau, “A robot is about to take over my job; then he’s coming after yours,” Neowin, 28 May 2016.
[2] Aradhana Aravindan, “Millions of SE Asian jobs may be lost to automation in next two decades: ILO,” Reuters, 7 July 2016.
[3] David Ignatius, “The brave new world of robots and lost jobs,” The Washington Post, 11 August 2016.
[4] Michael Chui, James Manyika, and Mehdi Miremadi, “Where machines could replace humans—and where they can’t (yet),” McKinsey Quarterly, July 2016.
[5] Steven Pearlstein, “Workers, don’t fear the robot revolution,” The Washington Post, 16 August 2016.
[6] Stephen DeAngelis, “Jobs Sustainability: Robots and Your [Old] Job,” Enterra Insights, 21 June 2016.
[7] Caroline Ong, “Humans Need To Redefine Our Relationship With Machines,” Huffington Post The Blog, 21 June 2016.